It had been 3 months since I visited the monthly mall show.  I had to work on the weekend that it ran in December, and in January a little bit of poor planning on my part caused me to remember the show one week too late.

Eager to get to work on some of the vintage sets that I've been spouting about regularly, I went into the show with a purpose.

The first table I always hit is the table that has a plastic tub full of cards, priced at 6/$5.  There is no rhyme or reason to what's in the tub, and I've told my wife that I call the process of going through the tub "dumpster diving".  You may recall the '57 Topps cards I showed on the blog back in late October.  Yes, that is the same table I'm talking about here.  I almost had some more '57s in my hand, but I decided on a few other cards instead.  I showed a '77 Topps Don Sutton the other day, which was one of the first 6.  These next three cards are in pretty good shape, and are all Yankees to boot.

Another set that I've dabbled in a bit, the '68 Topps is also growing on me.  I only own 15 of these cards so far, but it's another set that I have my eye on, even if finishing it is well on the horizon.

I spent the better part of 45 minutes at my next table, which is another dealer that actually drives down from western New York state (about 2.5-3 hrs) to do the show.  Boxes of cards, 50 cents apiece, a serial #'d junkie's dream.  I probably could have spent another hour there, but with the wife on this excursion, my time was somewhat at a premium.

The majority of the serial #'d cards that I was able to pickup will be shown on the SNI blog, but I did pick up a nice purple Ricky Romero refractor...

I figured, why not pick it up?  I only have 2,465, 718 more Blue Jays to go through, so what's one more!  By the way, another blog mission is to get the Blue Jays want list current.  I added the 1994 sets last night, which thankfully only took me about 20 minutes.  I'm hoping to keep adding a year at a time until my eyes pop out of my head....

There was also one more card at that table that I picked up for a fellow blogger that I really liked, and I have to be careful that it doesn't become an obsession of mine...

2008 UD Masterpieces Red Framed Short Print of Tom Terrific.  50 cents...hot damn!  The colored parallels are becoming a disease that I really have to avoid like the plague...

Finally, it's off to the vintage table.  I showed off the '77s the other night, now let's have a look at the 2 other sets I put a small dent into.

The more I buy/receive cards from the '75 set, the more I appreciate the love that the Night Owl has for them.  I managed to pickup 2 pages worth... 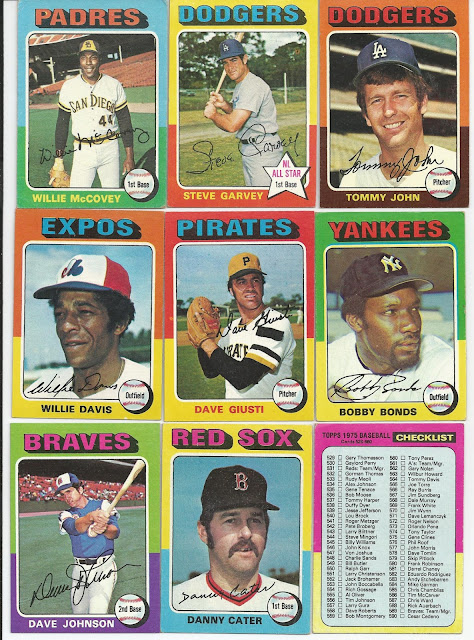 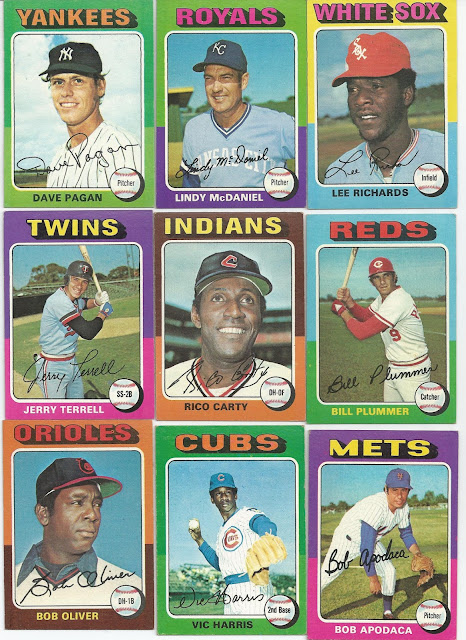 The first scan features some stiffs like Garvey, John, McCovey and Bonds.  The checklist is unmarked, and all 18 cards are in really good shape. 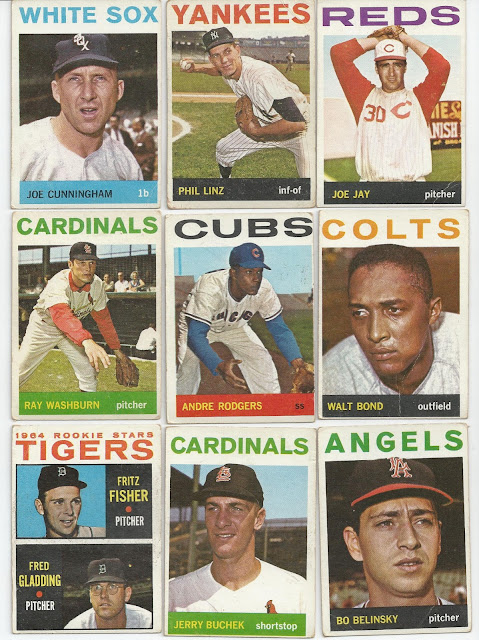 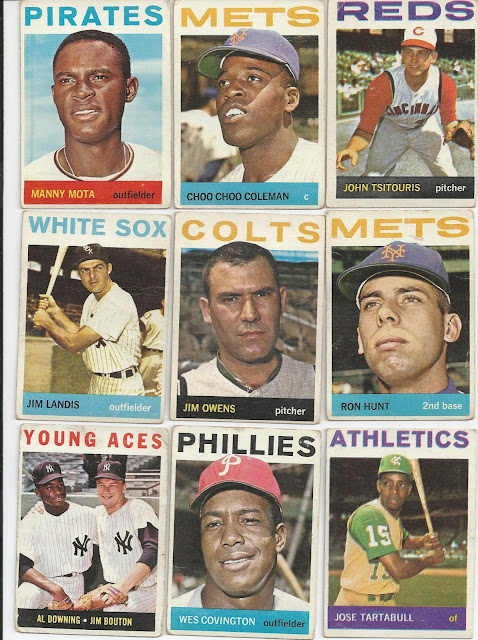 For a quarter apiece, 20 more cards found their way home with me.  All in all, I did quite well.  I spent 2 and a half weeks worth of my budget, which is not bad considering I didn't spend a lot out of pocket during the month of January.

I've also survived the first week of 2013 Topps without picking up a pack.  I almost talked myself into it today, reminding myself that I had a 20 dollar bill in my wallet that hadn't moved all week.

Thanks for reading, Robert
Posted by Robert at 11:13 PM