Before there were lockouts and strikes: Bob Gibson 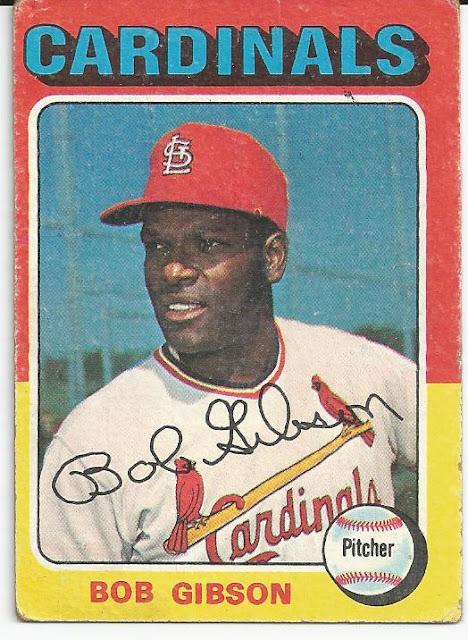 One of the most feared pitchers of all time, Dusty Baker was once warned by Hank Aaron not to dig in at the plate, because Bob "would knock down his own grandmother if she dared to challenge him".  Now that's tough.

I could easily go on and on about the dominance he showed over his career.  Striking out 250+ batters 4 different seasons, a modern day record low ERA of 1.12 in 1968, the "year of the pitcher".  In 1968, Bob started 34 times, and completed 28 of those 34 starts.  The other 6 starts that he did not complete, he was pinch hit for, meaning that Bob was never replaced during a game in the '68 season because of his pitching.  Incredible.

Scary stat:   As if there would be one particular stat or group of stats associated with Bob Gibson that weren't scary.  I would have to say that the '67 World Series may be the most statistically dominant performance from any starting pitcher ever.  3 wins, a 1.00 ERA, 3 complete games, only 14 hits and 5 walks given up while striking out 26.  Gibson received WS MVP honors, even though Lou Brock hit .414, and Roger Maris hit .385 while driving in a series high of 7 runs.

Before there were lockouts and strikes, there was Bob Gibson

Thanks for reading, Robert
Posted by Robert at 11:29 PM