Close only counts in horseshoes and hand grenades

And nobody plays hand grenades...anymore.   Or so the old saying goes.  I decided to make the first post of the card show spoils all about the '77 set that I tackled.  I hit my vintage guy Ray as the last table (tradition) I visit before leaving, and out came the want list.

I came close, but didn't finish the set.  I will not bother you with all the '77s that I grabbed, but there are enough highlights of the nearly 3 dozen that I picked up that are worth showing. 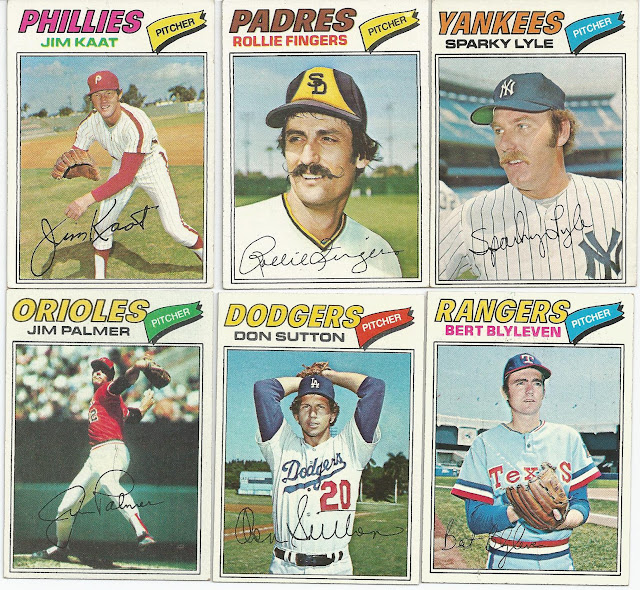 4 solid starters, and a righty-lefty closing tandem.  I'd be happy with my team starting with these 6 guys, how about you? 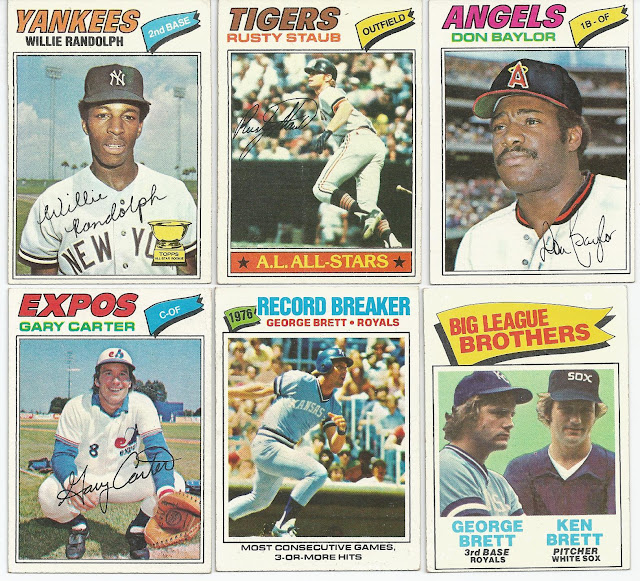 The Brett cards set me back a few bucks, but the card that I found interesting was the Gary Carter card.  I'll be damned if I could remember Gary Carter as an outfielder, but sure enough he played 92 games in the outfield in 1975, and another 36 in 1976.   A quick question for you all.   Gary Carter finished 2nd in the ROY voting in 1975 to which San Francisco Giants pitcher?  No peeking.  Answer at the end of the post.

Let's see.  Add such names as Carlton Fisk, Fred Lynn, Carl Yastrzemski, Luis Tiant and Bill Campbell, and you have the makings of a pretty damn good team.  Another crazy stat for you.  Boston won 97 games in 1977, and the pitcher who led the team in wins was their closer, Bill Campbell, with 13.  Figure that one out. 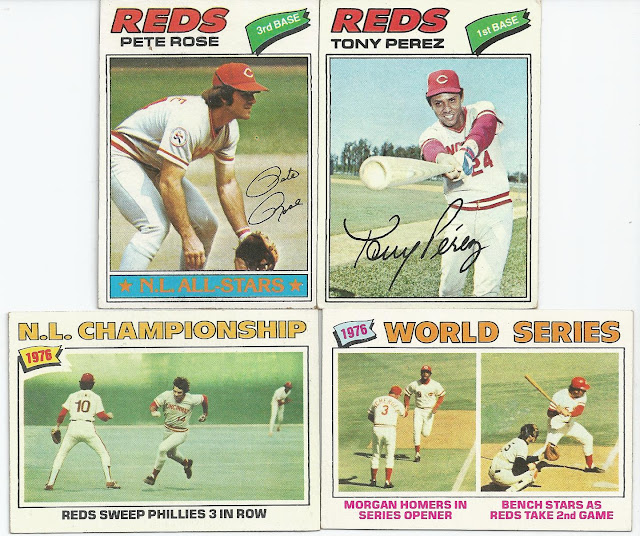 I did better than I thought with the Rose in the upper left, it only set me back $8.

Tell me something Larry Bowa, did you hear a train whistle as Pete Rose was running by you??  The way Rose played, I wouldn't not want to have been run down by him.  I had to look at the stats just to be sure, but yes that is Garry Maddox firing the ball back into the infield trying to gun down Rose.

The final 9 cards to complete the set?

Give yourself a gold star if you knew that the '75 ROY was none other than.... 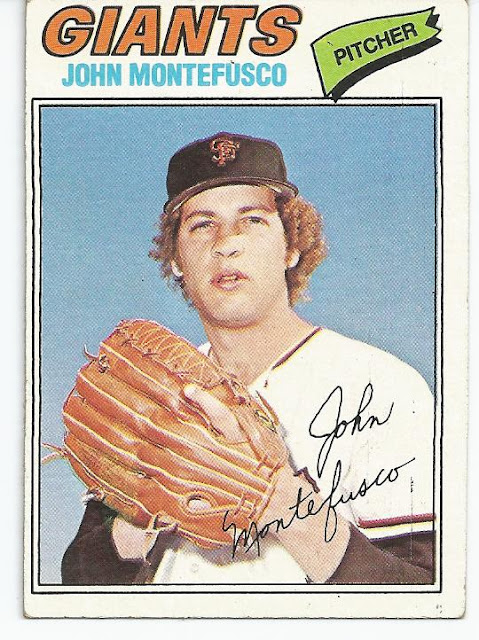 thanks for reading, Robert
Posted by Robert at 8:30 PM