I've almost made it to the 21st century

To those of you team collectors out there who have updated want lists and organized binders/boxes, I'm just going to say this.

You have my respect.

I've sorted so many damn cards, and typed out so many damn wants over the past couple weeks, that my eyes just might go blind.

In the year and a half that I've been blogging, I have been blessed with a more than generous group of traders who have sent me every Blue Jays card imaginable, and some that I could have never imagined existed.  My problem all along has been that I've just lumped everything together, and never bothered to keep them in any sort of order.   What a mistake.

Lately I've been trying to fix that mistake, and have realized that I face a truly monumental task.  One of the blog pages that I've been working on consistently has been the Blue Jays wantlist.  I've been typing out the entire team set year by year, and then slowly removing all the cards that I already own, in order to give potential traders an idea of what I really need.  I finished 3 more years of cards today, and I'm now up to 1999.

What the hell went on at the end of the 90's?  I couldn't believe the staggering amount of sets that I had to enter.  I can only imagine the hell that I'm going to go through during the early 2000s as well.  Even the last few years should be crazy, even though Topps has had a monopoly on the MLB license.

Oh well, what can you do but enjoy some more cards that a fellow blogger has sent you.  There's a newer blog out there that has hit the ground running, none other than Zach from the Underdog Card Collector.  Zach has set me a steady diet of Leafs and Jays, which are always welcome here. 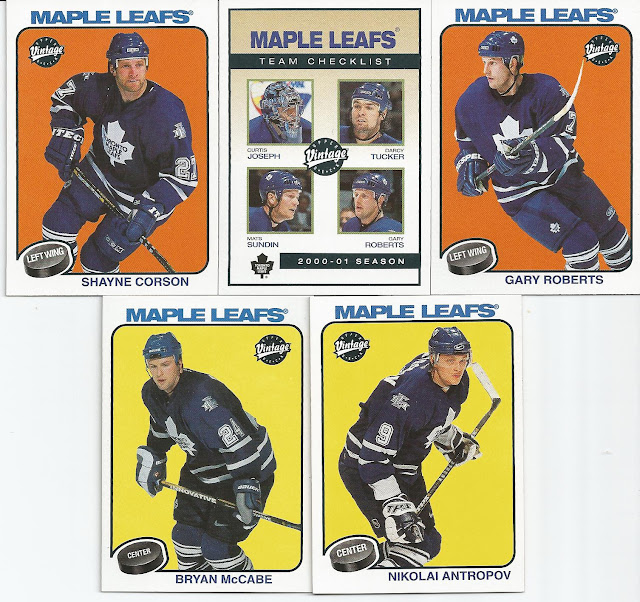 The Gary Roberts was actually needed for the 2001-02 Upper Deck Vintage set I'm putting together.  The other 4 go straight into the Maple Leafs box. 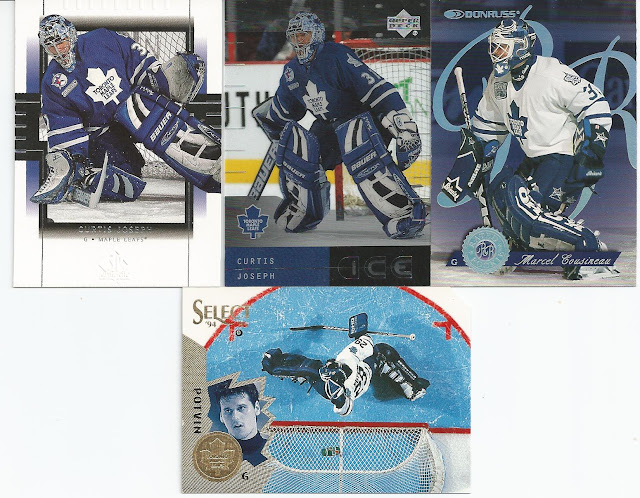 Love the over head shot of Potvin from the 94-95 Score Select set on the bottom.  Only a die hard Leaf fan will remember Marcel Cousineau on the upper right.  That's because he only appeared in 15 games for the Leafs in the mid 90's.

How about 3 cards of one of the greatest Leafs of the past 20 years...Mats Sundin

One of these days I'm going to get some more of those Beehive cards (far right).  Definitely something different, and something I wish that Upper Deck would bring back.

Next up, 2 minis of a pitcher that I still have high hopes for when he comes back from Tommy John surgery, Kyle Drabek. 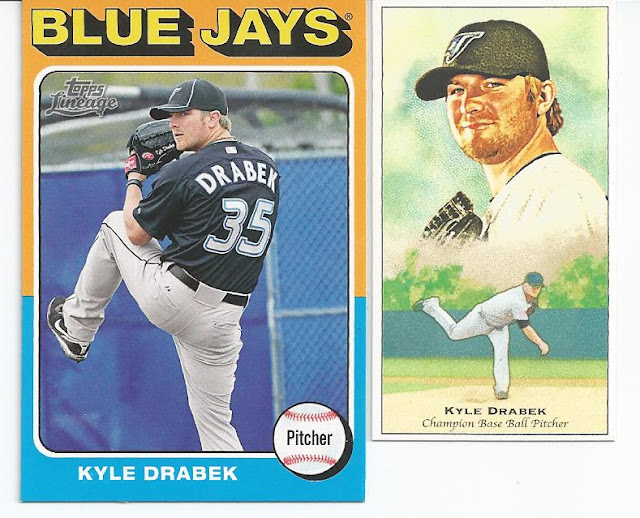 Even though they are minis, cards that I notoriously have a hard time handling, they still look great.

Finally, 1 serial numbered Blue Jay, one of the members of the Ring of Honor...Roberto Alomar 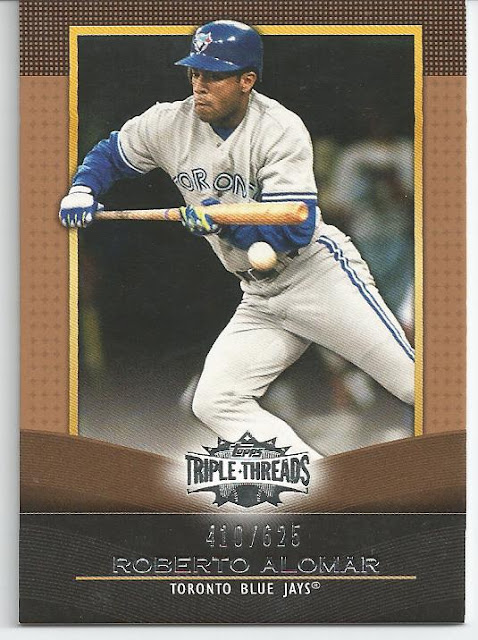 I've really grown fond of the Triple Threads set, largely because of the serial numbering.  I do like the brown borders on this card however, and even though this card number has already been spoken for, there are 36 other Triple Threads cards that are part of the SNI set.

Zach, thank you again for the great cards, some more great stuff to add to my two main team collections!!

thanks for reading, Robert
Posted by Robert at 10:56 PM