I decided to start something a little different on the blog.  The vast majority of bloggers have some form of want lists on their blog, but how often does one really take the time to look them over?

Right, not that often.  I usually don't look unless I'm prompted to by a blog post of some kind, or maybe even a tweet...

But when looking at a post the other day from Matt at the Diamond Jesters blog in which he took the time to post his 1978 Topps BB want list, which is down to 84 cards to go, I got an idea.

When do people post want lists right on their blog posts?  When they want to try and get them finished, usually by trades, or sometimes they'll get hit with a random act of kindness (#RAK) from someone who has extras that they want to purge.

Well, I've decided to make the middle of the week "Want List Wednesday", in which I'll post a want list of a set that I'm hoping to finish rather quickly, or it may be a set where I need a boatload of cards and I'm looking to maybe get a chunk of them from someone who has extras....

Again, you get the idea. 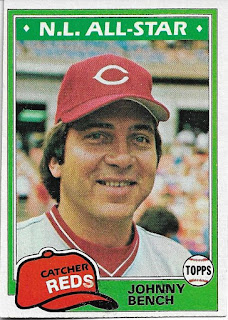 Those are the 24 that I need to get this done.  Couple of star names, a few minor RCs, but nothing overly extravagant.

If you have any or all of these, please drop a comment, or send me an email at 30aweekhabit @ gmail.com.

Oh and hey, if you want to "steal this idea", please do.   Anything that encourages trading and getting those pesky sets finished.

Thanks for reading, and the set help!