I admit it, I've really been a slacker the past few days. There's been other things in my life that have been more important than posting.  Things such as:

To be honest, I wasn't going to sit back down at the keyboard and write for another few days.  I'm off of work now until next Monday, and I was going to use the time to clean up the disaster area, get the Blue Jays want list up to date and generally recharge myself and my thoughts.  I have cards to scan, stories to tell and thoughts about cards in general to share, but I've been in such a blah mood over the past week that I just didn't care to share anything.

It's funny how one sentence can change things.

I've never thought of myself as one who inspires.  In the card collecting blogosphere, I consider myself just one of the cogs.  Nobody special, just a guy who likes to write and bullshit a little bit about the hobby we all love.

I decided to get off of my ass today and write a thank you email to Trevor over at the Supporting the Minnow blog for the cards he sent me last week.  Here was his one sentence response.

No problem. It was your blog and white whale that inspired me.


I've actually inspired someone.  It may be sad to you, but that made me feel pretty damn good.  Good enough to get me off of my ass and start writing this post.  Now, I just have one question for Trevor.  Which white whale??  (I figure I have enough white whales I need right now that they could be called a school)

Well, enough of the schmaltzy stuff, here's a few cards for you.  I decided to chase down the 2008 Upper Deck X die cuts set, largely because I like how the cards look, and at just 100 cards, it should be relatively easy to put together.

I won a lot of 15 of them on eBay last week for a whopping 99 cents plus shipping, so what the hell, I'll show them off to you... 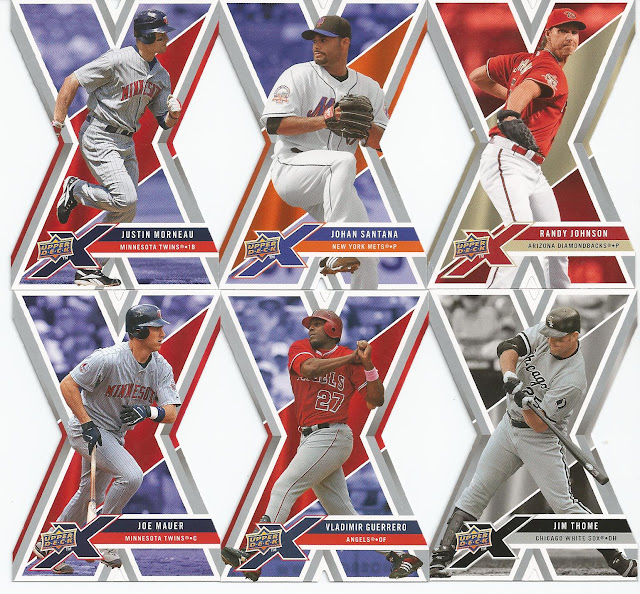 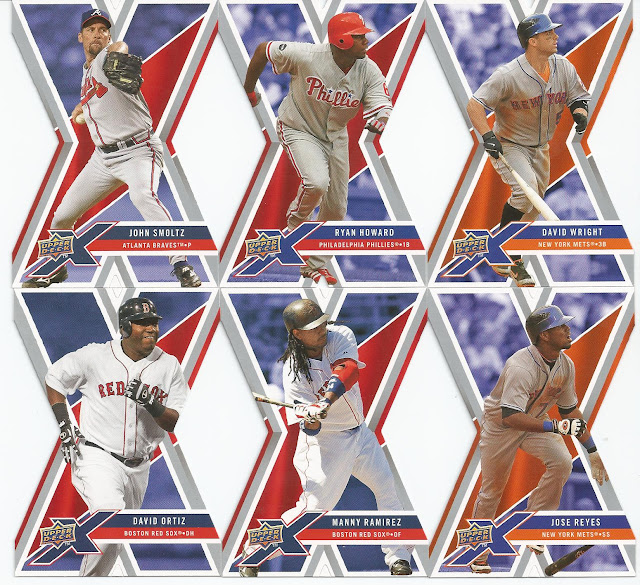 I already have one fifth of the set.  Can't beat that with a stick.

I'm toying with the idea of making some cosmetic changes to the blog, because just like everything else in my life, every year or two I crave a change.  At least with the blog, it doesn't cost me anything.

After 5 days, I'm back.  I'm sure that nobody noticed I was gone anyhow...

Thanks for reading, Robert
Posted by Robert at 11:46 PM