I recently completed a great trade with Michael over at the Grubby Glove blog, and of course when I see a new blog, I have to dive in and get the gist of what the writer has to say.

This guy is hardcore.  When looking up his website today in order to provide everyone with a link, I came across Michael's most recent post, dated February 1st.  It seems that Michael is in the process of trying to give a 50th anniversary stamped card back to a former MLB player, Lenny Green of the Minnesota Twins.

That folks, is a fantastic idea.  That alone will have me checking his blog regularly in order to find out how he is fairing.

As far as the trade front goes, I received a great lot of cards from Michael in return for a bunch of 2010 Topps inserts that he wanted.   I figured the best way to treat this lot that is now in my possession was in the form of a 5-4-3-2-1 countdown.    Here we go....

Let's start with a sticking point of mine a couple of months back.  The 2012 Heritage High Numbers set.  Michael sent me all the Blue Jays... 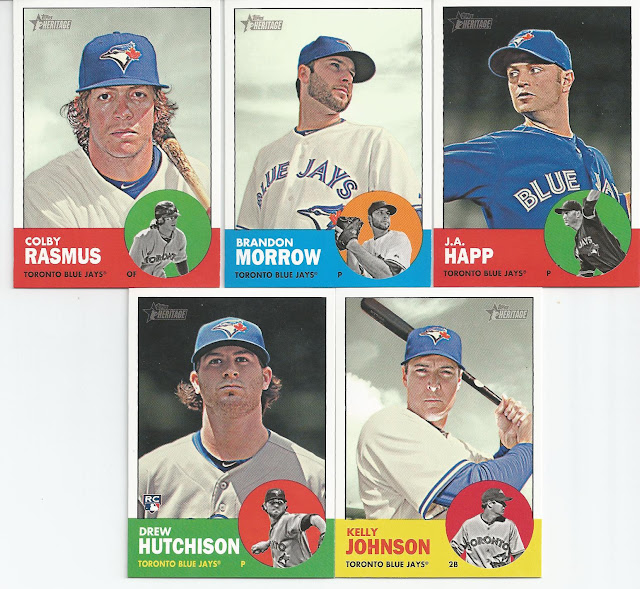 Michael is in tune with what is going on here at the habit, because he sent me 4 1975 Topps cards.. 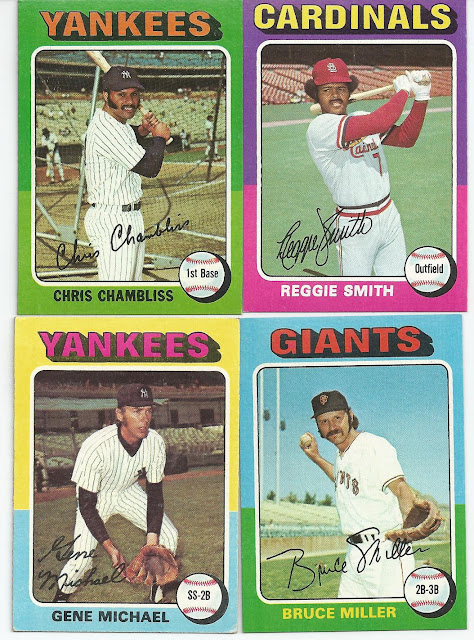 Chris Chambliss was a Blue Jay for a short time, but never appeared in a uniform.  The Jays acquired him from the Yankees in the off season of 1979 as part of the Rick Cerone trade.  5 weeks later, Chris was on his way to Atlanta in a deal that brought the Jays Barry Bonnell and Joey McLaughlin.

Next up, 3 players whose names I try to avoid spelling as often as possible...

I love purple bordered cards, and one of the two Tony Fernandez cards you see here is a good example of why. 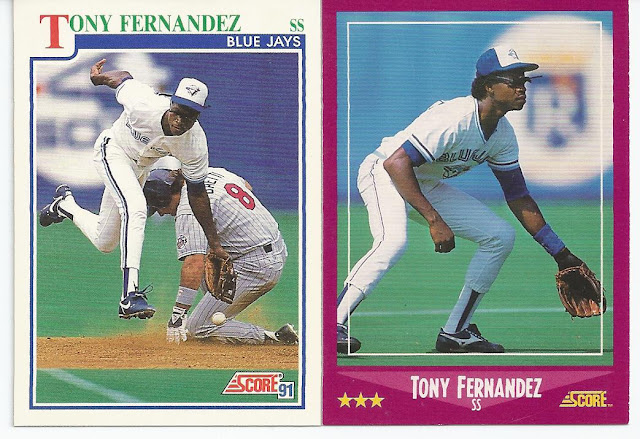 Yes, I know it is a card from the '88 Score set, but I think the purple border works, on just about any card.

Finally, we have the greatest Jays player to ever wear the #30....Todd Stottlemyre.. 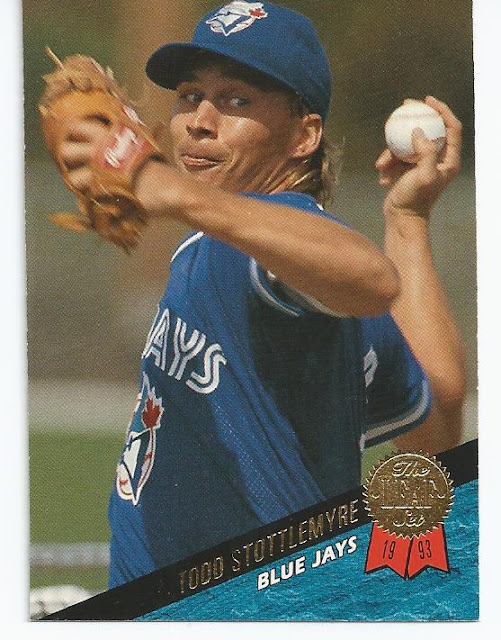 Michael, thank you very much for the trade!!  The cards are very much appreciated.  Best of luck with getting that card to Lenny Green as well, I'm looking forward to how that will turn out.

Thanks for reading, Robert
Posted by Robert at 6:10 PM