One guy that I was very happy to see return to the wonderful world of blogs was Potch from the greatly named Potch Wheeler and the Cardboard Heroes  blog.  Potch had taken a 6 month sabbatical, and not too long upon his return I received an email from him asking me if my address was still the same (it is..).

Within a week, another gracious envelope of cardboard generosity hit my mailbox, and Blue Jay Monday is going to be spent giving Potch the 5-4-3-2-1 treatment.  Have a look...

Potch over the past year and a half has spent many an envelope filling my mailbox with '77 Topps goodness, and these 5 made my life at the weekend show a lot easier (and cheaper) 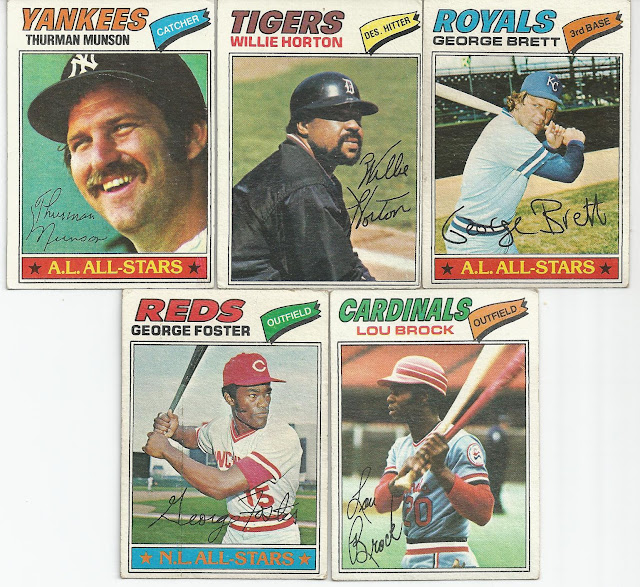 I still can't believe it's been 36 years since the Jays first took the field on a snowy April afternoon in Toronto. 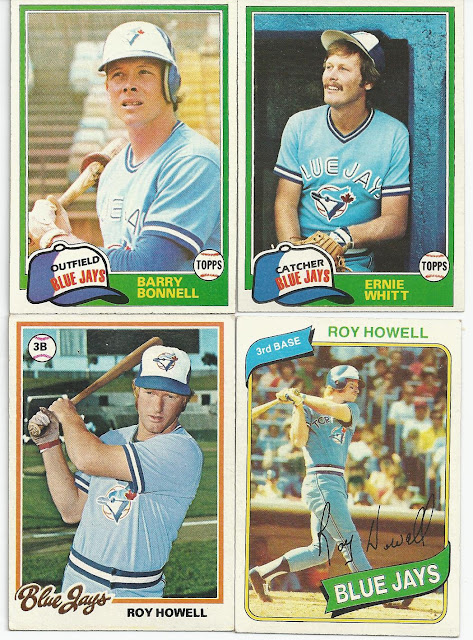 There's some vintage Blue Jay powder blues for ya!!

The two tone blue that Fernandez is wearing just doesn't cut it.  The blue borders on the cards actually work with the uniform tops here.

I've been receiving a ton of Blue Jays minis lately, and here's 2 of a guy who was no mini for sure... 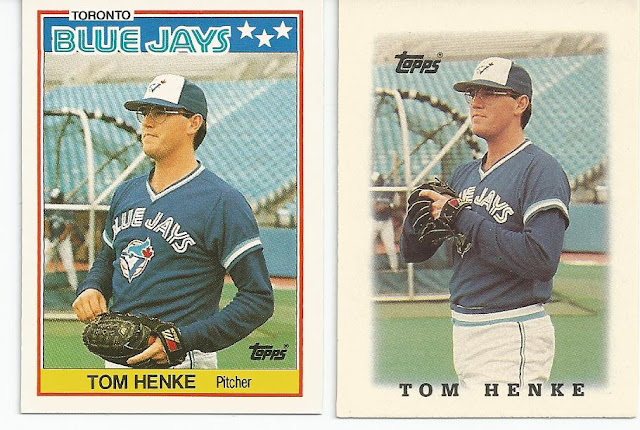 Almost seeing double here, but the glove is in a different position for both shots, so it's close but no cigar.  Look at those old hard ass seats in Exhibition Stadium, about as uncomfortable a chair as you could imagine.

Finally, we stray a bit off the Blue Jay Monday theme.  For the 2nd time in a week, a fellow blogger had heard my plea for the hockey card jones that I have, and sent me 1 pack. 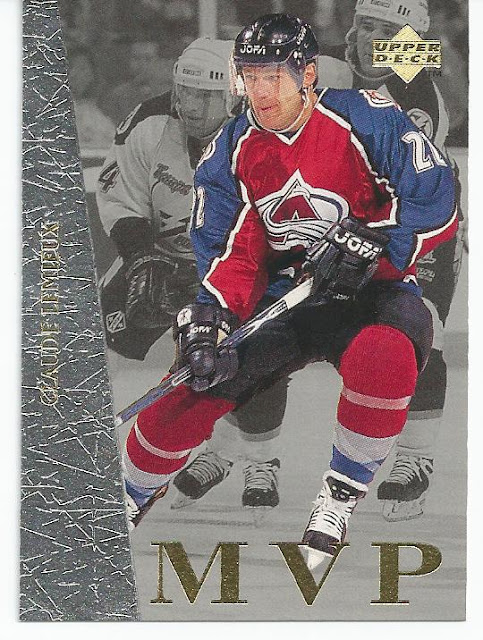 1996-97 Collectors Choice was something I collected back in the day.   Cheap packs, great Upper Deck photography and a colorful front were what I enjoyed.  This Claude Lemieux card reminded me of one of the greatest wars in hockey over a 10 year period, the absolute hatred that the Avalanche and the Red Wings shared for each other.


Lemieux was a marked man after that hit, one of the biggest cheap shots in my lifetime....

DW...thank you for the cards, greatly appreciated!!  Let me know if you have a '76 want list somewhere, I have a few doubles I could swing back at you in return.