4 posts last week on the insanity blog! Boy it's been a while since I've pulled that off.  Like I mentioned recently, everything that I pull in going forward for the project will not be put into a binder until it has been posted over there.

Well, there is a 100 count plastic container on my desk that is almost full of cards.   Cards that I have to scan and write about before I can put them away.

Last week I got the ball rolling.  4 posts.  I plan 4 more for this week.  I know one guy who has been a big supporter of the project since the beginning will be looking on.

Serial #'d 185/199, David Medina came to me courtesy of Brian over at Play at the Plate.  Brian has been a big supporter of the Serial Numbered project, to the tune of 20 cards being sent my way.   Fantastic.

Now the rest of this post is going to be a bit mushy and personal, so I will not be upset if you change the channel.

For those of you that stayed, let me first say this.   Brian's blog is one of the 2 that inspired me to start writing.  I don't know about the rest of you, but the guys that inspired me to create $30 a week habit will always be favorites, no matter what happens.  They are both around my age, and are very well spoken.

This last package that Brian sent to me with a stack of Blue Jays ( to be shown at a later date...) had a brief note thanking me for the support that I'd shown him over the past few months during his personal issues that he was having.

Believe it or not Brian, I sympathized with you more than you know.  You see, what you thought was happening to you, actually happened to me.  It ended my 1st marriage in a big hurry.  Hence the extra support.  You had someone out there that understood what you were going through.

I had one fellow actually say that I should try and finish the SNI project this year!  Jeff, if I win this auction, I may have a chance to put a major dent into the set.   798 cards and counting. 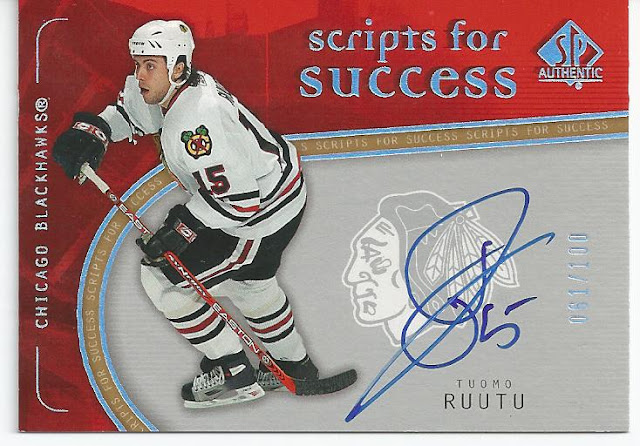 Thanks for reading, Robert
Posted by Robert at 12:30 PM