It's been quite a while since I wrote one of these posts (again), so I figured I'd start with the next player I had lined up to write about.  Let's see how year 5 shapes up, shall we?

The front of the card is in OK shape, corners are soft and the lower left is creased, but there are no pen markings to speak of.  This is Bob's RC and only Topps card ever made of him. 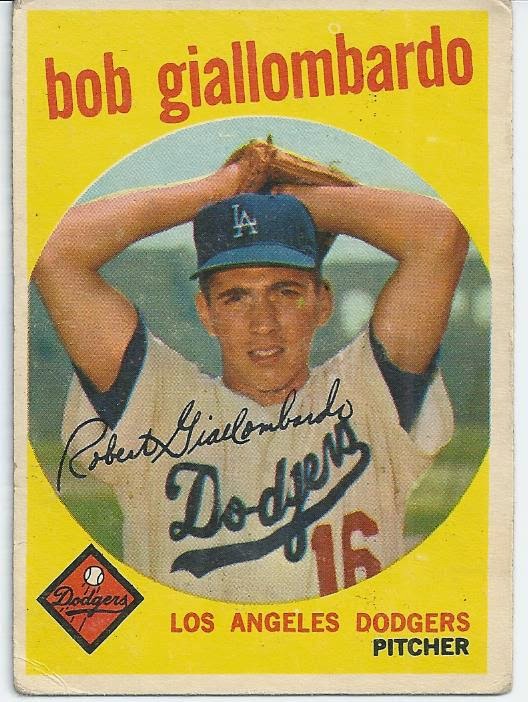 The back has a scribbled pen mark over the top of the cartoon.  The scribble really doesn't affect the wording or the picture however, so it's nothing major. 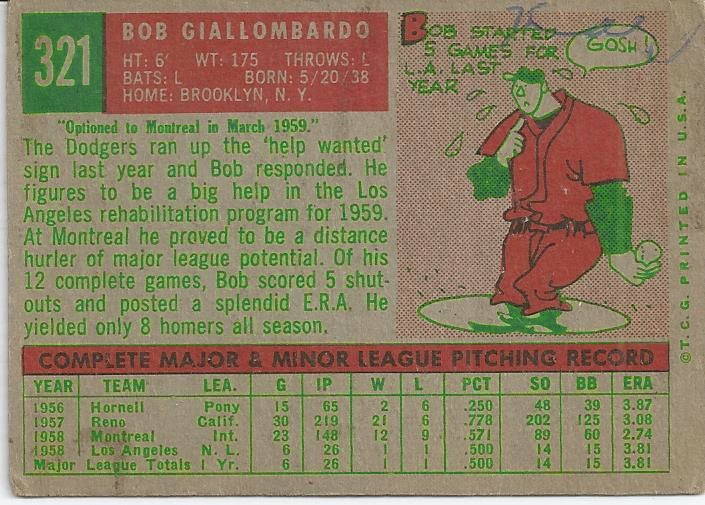 I love the "optioned to Montreal in March 1959" line at the beginning of the bio, which tells me that the cards weren't printed/released until the season probably started.   A quick look at the trading card database told me that this is the more common card, as there is a variation of the card that doesn't have the optioned statement.  The non optioned card appears to be rarer and worth quite a bit more.

Unfortunately, I didn't find a lot out about Mr. Giallombardo, but it's cool that even back in the 50's a player could only play a handful of games and still garner a card to show to his grand kids.


Thanks for reading, Robert
Posted by Robert at 11:00 AM 1 comment:

I'll never know how he did it

One of my favorite blogs when I first started out was the now retired 30-Year Old Cardboard.  The man was a writing machine, pumping out 4 or 5 posts a day.  It was a great read for me, and while thinking about my blog the other day (yes, I am still thinking about it) I thought to myself "how in the world did Brian have the time to write that many posts, while maintaining a career and a family".

I know that in the nearly 2.5 months I've been down in South Florida, the blog has been on my mind many times, but writing posts hasn't been a priority.  I've written 13 posts in the time I've been down here, largely because the weather has been so nice that I've found time just to be outside.  A lot of the evenings up north in my old neck of the woods, the temperature has been in the mid 40's, which is a perfect reason for me to be in the house, thumbing through my card collection and digging up ideas for posts.

I don't want to be a part time blogger, but it's tough in this new environment.   Yes, a lot of my collection is still up north and not accessible for ideas, but I still have enough down here to make a go of it.

I just need to figure out how to do it.  I'm sure a big part of the reason the past few weeks was because of these guys. 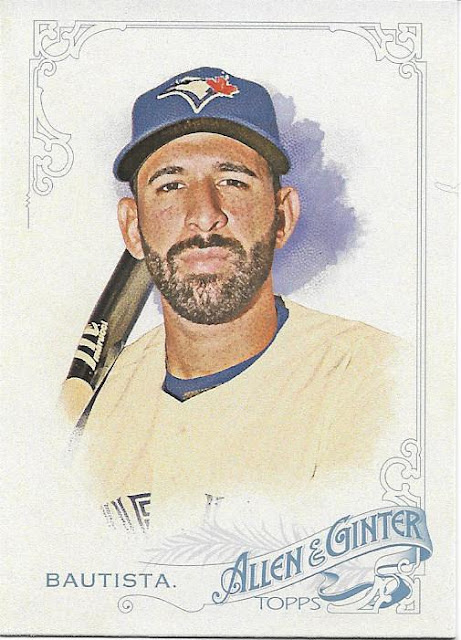 Yes, ESPN and Fox Sports finally dusted off their passports and starting showing Jays games from north of the border.  So for about the past month I've been engrossed in the stretch run and playoffs for my Jays, which sadly ended yesterday.  Maybe because I will not have a vested interest in either of these teams during the World Series... 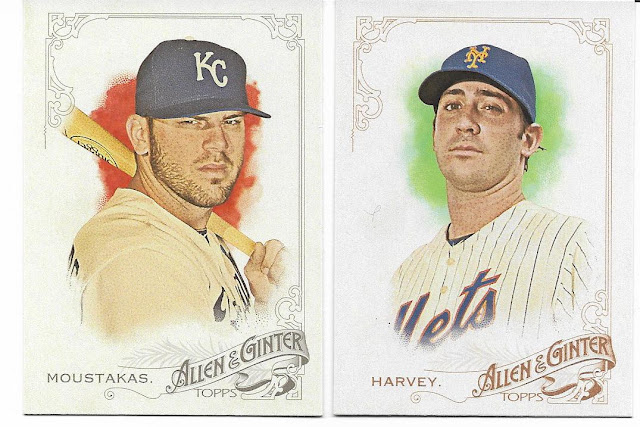 I'll have some more free time to write.  It is an intriguing match up; the best team in the AL (yes, I said it, because it's true) versus a NL team that is riding a really good run right now.  I would like for the Mets to win it, just to make the folks in KC panic wondering what they need to do to win it all.

But I don't think that will happen.  Kansas City in 6.

In the meantime, it's time to figure out how Brian kept up with his unbelievable writing schedule.

Does anyone know if he ever finished his '75 Topps set?

Thanks for reading, Robert
Posted by Robert at 5:16 PM No comments:

This is what happens when you procrastinate

I ordered these cards over 2 months ago, before I moved to the land of sunshine.   But for some reason I've had these Joe Sakic cards sitting aside, in their penny sleeves, just watching them sit there while I delayed putting them in their binder, and marking them off of the Sakic checklist.

Why, I have no idea.  Maybe all the warm weather has me thinking of anything but hockey... 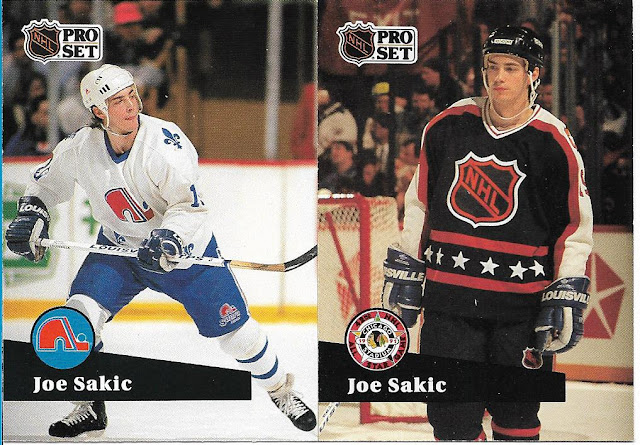 Then I look at the cards and think of a time a couple of decades ago when these cards were plentiful.  It makes me wonder why I never found these cards back in the 90's for my collection. 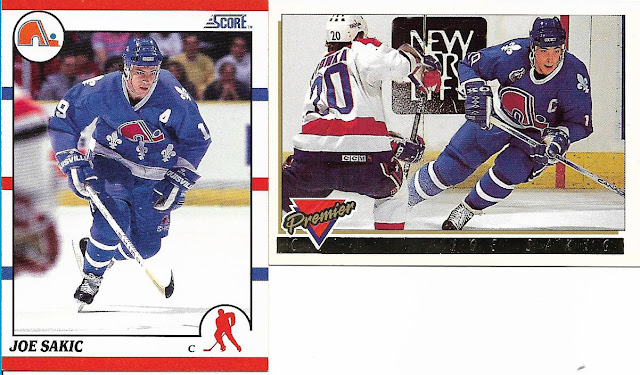 Then I see cards like the gold parallel O-Pee-Chee premier on the right hand side of the scan above, and I think back to when I lived in Canada, and my card collection was still growing and very disorganized. 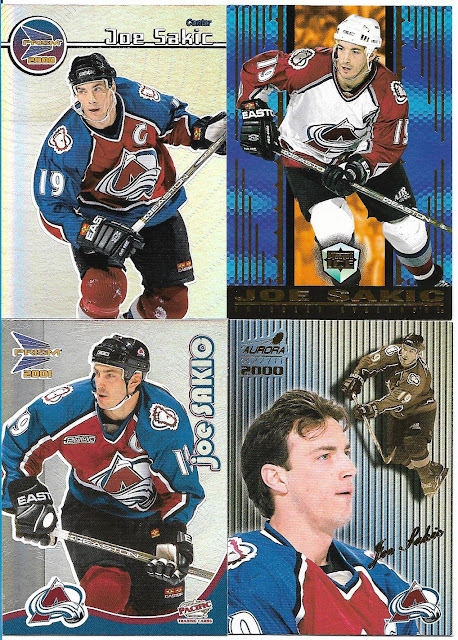 Fast forward to the turn of the century, and my Sakic collection was still there, but I never took time to look at it or even pay attention to what I had or didn't have.  Putting together a checklist was the furthest thing from my mind.  I was in my early 30's when these cards were released, and to be honest I was still growing as a collector.

Fast forward to later in the aughts, Upper Deck rules the game as far as hockey cards go.  It makes me wax nostalgic a little bit, wanting a little more variety like there was in the 90's.  But then I snap out of it, realize that you can't go home again, and accept the fact that card collecting is what it is today.

I'm a better collector than I was 20 or 30 years ago, because I'm more organized and my collection is more focused.  What's sad is that the collector that I am now doesn't have the variety that existed back in the day.

When I sit down and think about what I want to do from a collecting standpoint going forward, I look at things like my Joe Sakic PC, which I have really enjoyed building over the years, and wonder if I might be slowly progressing away from set building.

I really have enjoyed the challenges that some of the vintage sets that I'm working on have provided, but the time and expense have been a little daunting to say the least.  I know what you're thinking, player PC's can be costly and time consuming as well, especially for star players like Joe Sakic.

See, this is what happens when you procrastinate.   You think too much about what you're doing, instead of enjoying what's in front of you.

I do enjoy what I'm collecting, who I'm collecting, and being a part of a group of collectors who enjoy writing about a great hobby.   It probably would be even better if I started writing more about it instead of thinking....

Today was the first trip to the monthly card show down here in the south.  When I visit regular card shows for the first time, I usually go just to scope it out and see what kind of selection there is.

To be honest, I was pleasantly surprised.  I would say that there was roughly 20 vendors there (not bad), and the selection was a little better than I expected.

To say that I was shocked to find hockey at a South Florida would be an understatement. 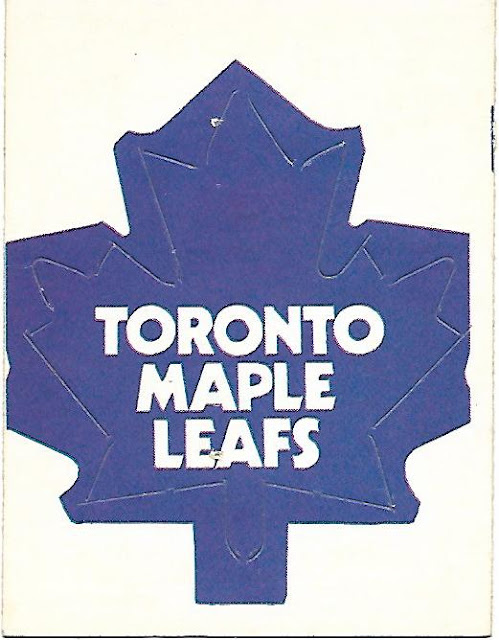 Finding a Maple Leafs 1971-72 OPC logo card shocked me even more.  Only paying a buck for it was even better! 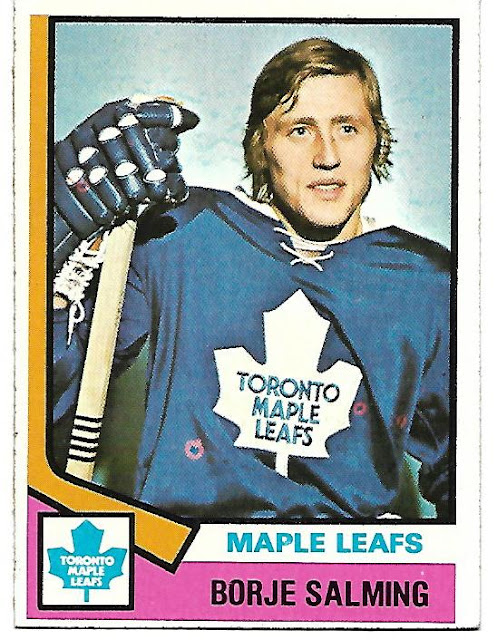 The 74-75 Topps Borje Salming rookie for $3 was also a great find for me.  I think that I already have a copy in my collection, but a 2nd copy of this card doesn't hurt. 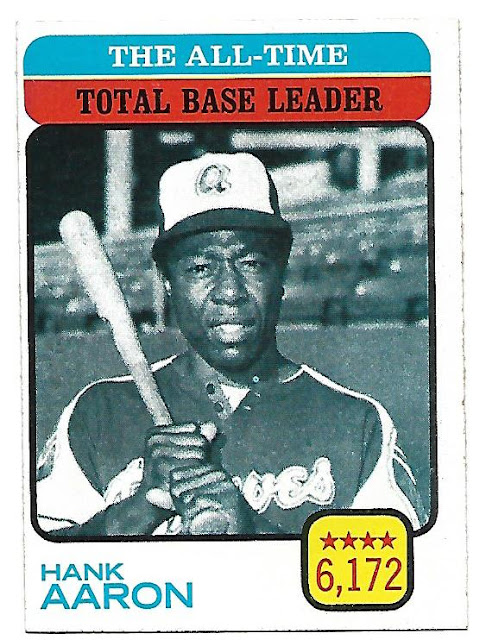 All my purchases wound up at just one table, which will probably be a regular haunt for me.  This dealer had quite the vintage selection, similar to the vendor I frequented at the monthly shows in Pennsylvania.  The other five cards that I bought today were from the '59 Topps set, including card # 462 of Rocky Colavito. 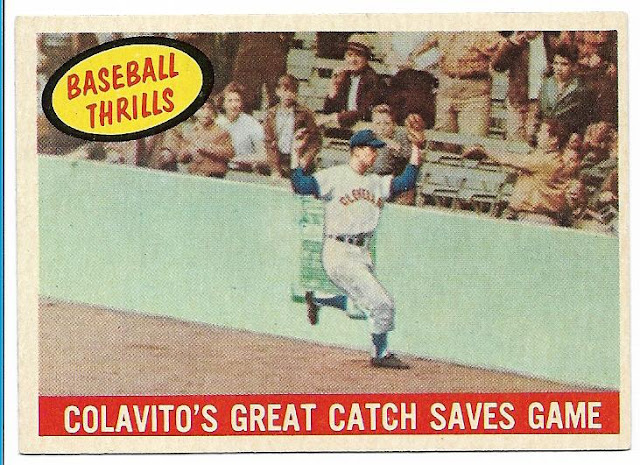 I saw enough today to know that I'll probably attend the show on a regular basis.  Next time, I think I'll bring a list...

Thanks for reading, Robert
Posted by Robert at 9:30 PM 1 comment: