So much for the "I won't be buying any packs of Series 1" mantra I was preaching.

But the packs were bought with an alternative in mind.  You see, I am really in the middle of the mid-winter blahs right now.  Writing has been a little more difficult the past couple of weeks.  February has come and the number of bubble mailers that have hit my mailbox this month have dwindled to almost none.

Understandable.  New product is out, everyone out there is buying up the latest and greatest.  I get it.

What happens to me you ask?  I go into a funk.  I went into one about this time last year I remember.  This year, I figured out what to do.  Start cleaning the disaster area I call my desk.  The biggest part of that is getting all the Jays logged on my spreadsheets.  I'm just 7 cards short of 3000 now, but with 2 large piles and the box of Ted still to go through, that number will leap at least a couple of hundred more before all is said and done.

Part of getting things cleaned up is buying some sheets in order to put cards into binders.  Off to Wal-Mart I went (I didn't feel like driving an hour to a LCS).  Sunday was the first time I've been there since the new flagship was released.  I stood there, with two packs of sheets in my hands, and looked at the display, like an idiot, for about 10 minutes.

Back and forth.  Do I buy them.  Do I not buy them.  Is there anything else here that could steer me away from buying them  (there wasn't).

Damn.  I couldn't resist the temptation.  But I did somewhat hold myself back, because instead of buying blasters and rack packs, I opted to buy just 5 looseys.  I figured there was less of a chance of being saddled with the blue parallels.  ( I didn't get any blues btw) 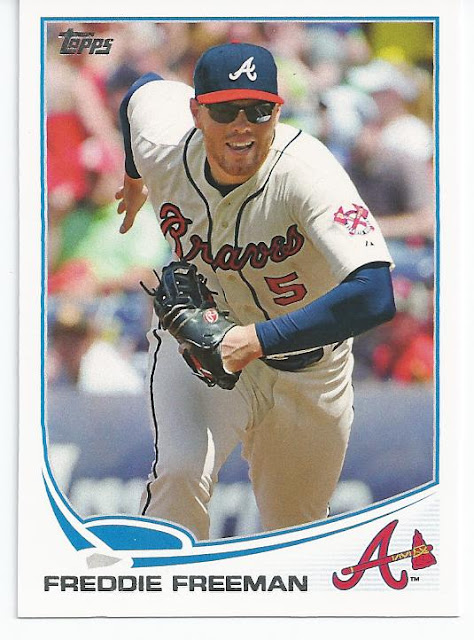 There are certainly worse players that I could have pulled for my first card.  Topps was kind enough to mention Freddie's dry eye problem on the back of the card bio. 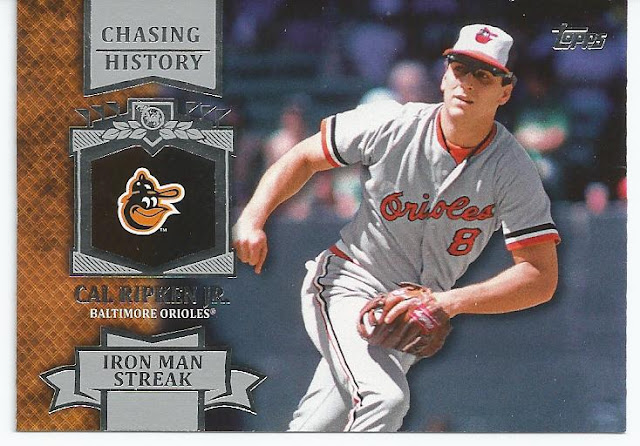 I guess you could say that Cal is no longer chasing history, since he is the owner of the longest iron man streak.  Picky I guess.... 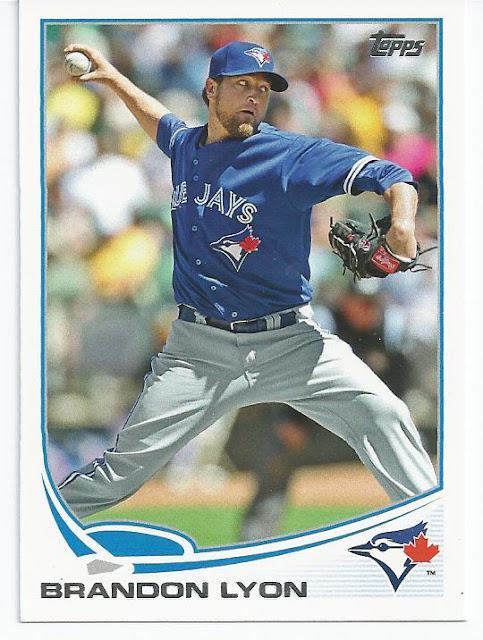 
The camo parallel is OK...my question is, if the Padres are wearing their military tribute unis, will the player blend into the border and disappear altogether? 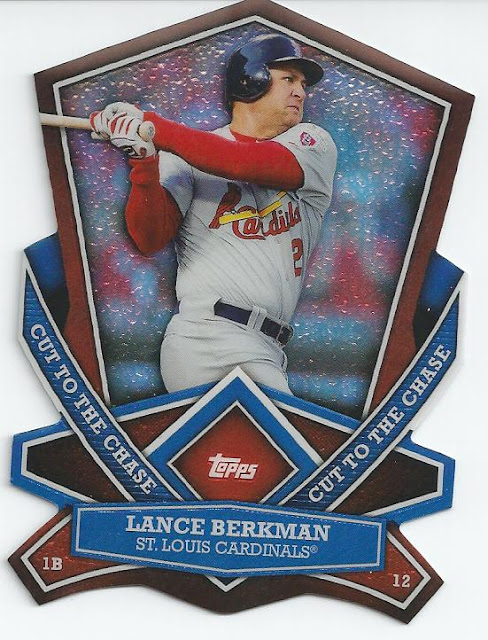 Guess it's my year to pull St. Louis Cardinal cards.

The first gold card that I can't use for the serial insanity set featuring a guy who calls himself Tony Plush: 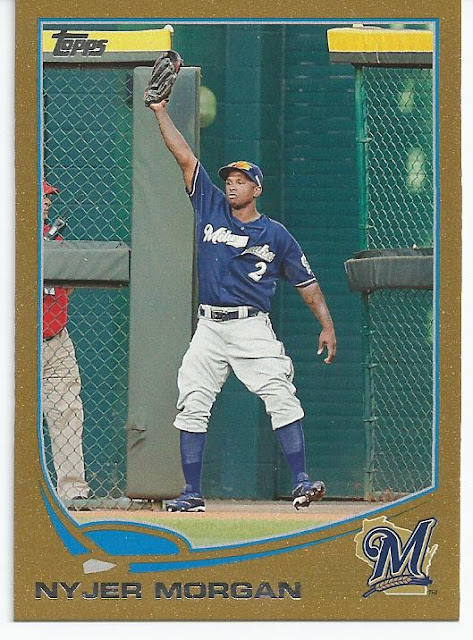 I bought a bunch of update in 2012 hoping to get a bunch of cards towards the insanity set.  Most of the gold I received was numbered over 1500.  (whine)

My honest opinion of the flagship?  The design of the base cards I like (I still can't get the sea turtle image out of my head, argh!) because it doesn't dominate the card.

Maybe I'll just let everybody send me their unwanted doubles in trades and complete the set that way.  Wait before you do that, just until I decide how I want to approach the flagship.

I could live with myself if I only bought 5 packs of the base set this year.  I could only guess how much money that would save me.

Thanks for reading, Robert
Posted by Robert at 9:00 PM