799.  That's how many cards out of the 1500 I have towards completing the SNI set.  It has definitely been a fun project since I started working on it 17 months ago.  I've had quite a few people set aside cards, buy cards at shows, and overall just enjoy the fact that they are helping me become a little more insane each day.

Brian at Play at the Plate is one of those who has taken the time to send me some great stuff for this set.  Brian is actually responsible for 21 of the 799 cards that I have, going back as far as 2002 Topps for a couple of them.  Brian's most recent envelope contained the 799th card for the set...some guy named Buster Posey

I've actually made a dent in the pile of serial #'d cards I need to post on the other blog.  Buster is now on the top of that pile.  If you have serial #'d parallels of Orioles, Astros or the Rockies, those are the 3 teams that are lagging behind and are wanted desperately.  Let me know!

Brian didn't want Buster to be lonely in that envelope he sent me, so he included some blue Blue Jays: 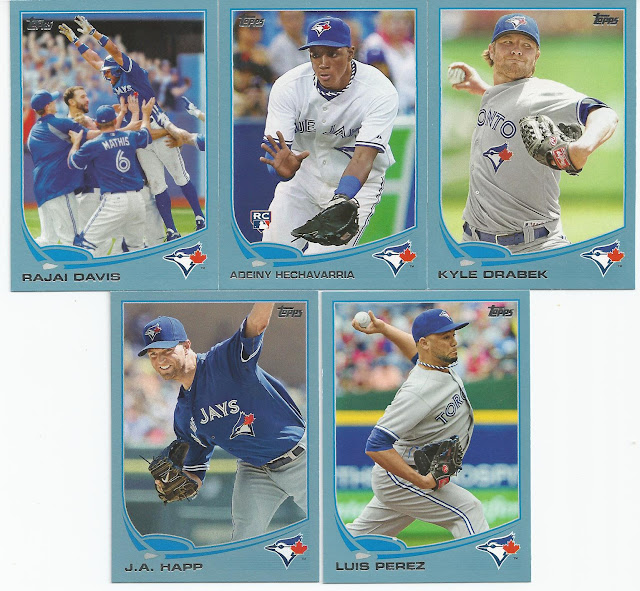 The blue, well it just works very well for these cards.  But for some reason, I believe the emerald green is more appealing. 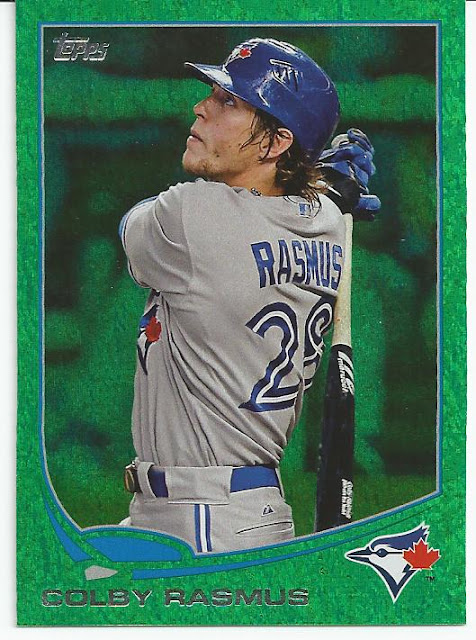 They don't scan quite as well as they look in person, at least for me.  But I think in a 9 pocket sheet, these emerald parallels will look fantastic.  Maybe green should have been the official color of the "sea turtle set", what do you think?

I hope to have my Blue Jays want list completed by the end of this weekend, only 11 more years to list!!

Brian, thank you for the great envelope, it really was appreciated!!