It's been a while, almost two months since I've posted anything on the blog.   Haven't had the urge to write to be honest.  Extra time to sit down and come up with something has also been at a premium.

But since it's thanksgiving morning (Happy Thanksgiving to all in the US!) and I've nothing to do until football starts in about 4 hours, I figured I'd sit down and update a post from the beginning of July.

I'd posted 8 sets on the blog that I thought I had a chance of finishing (at various levels of confidence).  Here's how I'm doing in that regard...

1.  95-96 Collector's Choice Players Club hockey.  This was finished about 2 weeks after the original post.   The final cards can be seen in this post. 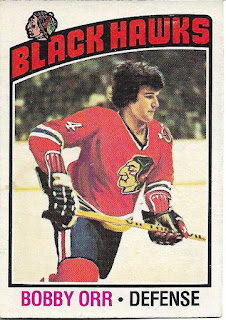 I found the Bobby Orr you see above for cheap, and a few weeks later I snagged the Ken Dryden on ebay during a 10% ebay bucks promotion.  The final 4 cards, including the Tiger Williams RC, are in my COMC cart, so this one is done. 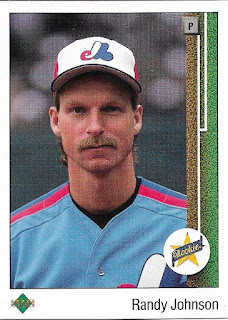 I traded for this Randy Johnson RC recently on the TCDB website, and that left me with just 2 cards on the want list.   Ken Griffey Jr. and Omar Vizquel.  I'll see if I can find something cheap this weekend and put this one to bed as well. 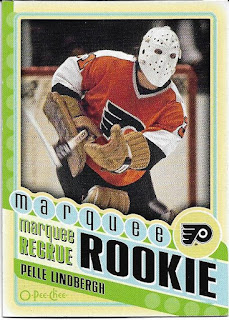 This Pelle Lindbergh SP was part of a recent Sportlots order that brought my want list down to 8, with 2 of those in my current COMC cart.   Black Friday weekend is here, hopefully I can get the last 6 bought and have this one done also. 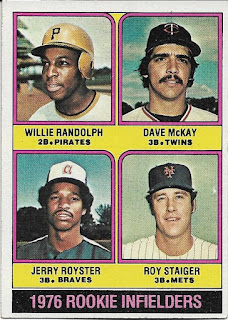 Found this Willie Randolph RC in a box of cards I was about to add onto the TCDB trade list, and I've been whittling away at this want list here and there on COMC. 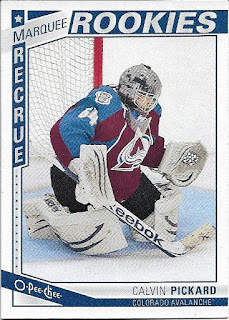 This Calvin Pickard RC was one of 2 cards I bought on the same Sportlots order as the Pelle Lindbergh above.  My absolute stubbornness (read cheapness) sees the ridiculous prices on some of the SPs, and the want list is still at 28 cards to go.   This isn't happening in 2019 unless a minor miracle happens. 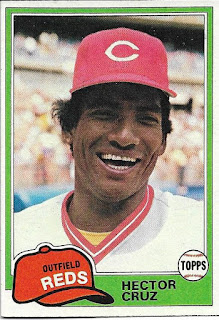 I'm as happy as Hector Cruz to say that the 185 card want list has all but vanished.   2 of the 3 cards I need are in my COMC cart, the only one on the want list left is #358 Mark Wagner.


With those out of the way, I've made some strides on some other sets over the past few months, such as '79 Topps  (29 left to go and 3 in the COMC cart); 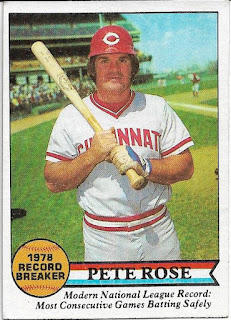 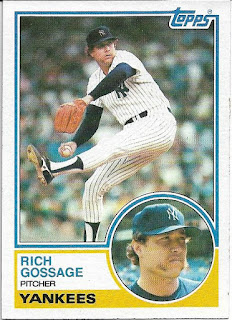 And I've added another want list page for a couple of parallel sets I've been chipping away at, one of them being 2008 Upper Deck X die cut 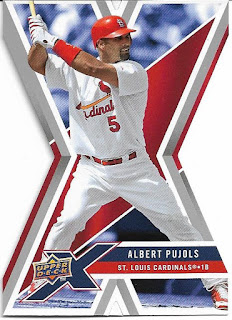 And the 2019 Gypsy Queen green parallel set is also there; I've passed the 50% mark on that quest. 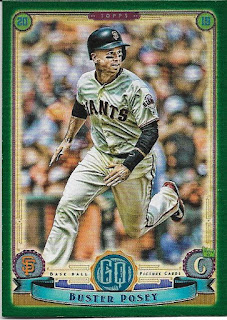 So, even though I haven't been writing, there's still lots going on with my collection.