Panic. Anxiety.  I felt them both on Monday waiting for some envelopes to arrive in the mail, both PWE and bubble mailers.

One of them was from long time trade buddy Josh from the very quiet Royals and Randoms blog.  I've always enjoyed trading with Josh, as he's quite friendly, and very generous as well.

A couple of dozen Royals of varying years, colors and varieties made their way to the west coast, and Josh knocked down a bunch of A&G wants from 2017.

But while I'm showing off the 44 cards in scan form, I'm going to relay my latest post office story for your amusement. 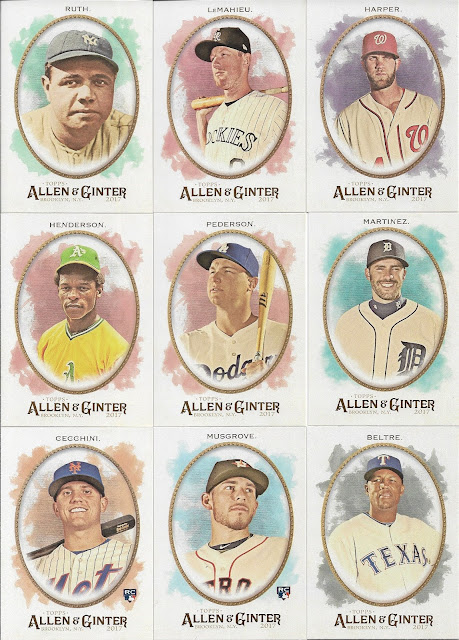 Along with Josh's 44 A&G cards, I was waiting on 2 other envelopes.  What I love about trading now is the tracking IDs, so I can keep an eye on (OCD like) the packages as they make their way to S. Florida. 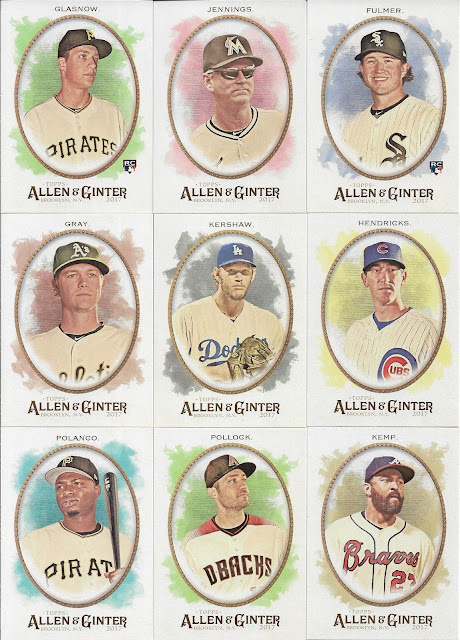 I'm on the early shift this month, working 715-1615, and I don't see any texts from the P.O. stating that my packages were delivered.  This was not a major deal as I'm so close to the office that we're on the end of the carrier's route.  Not uncommon for the mail to arrive around 6 PM. 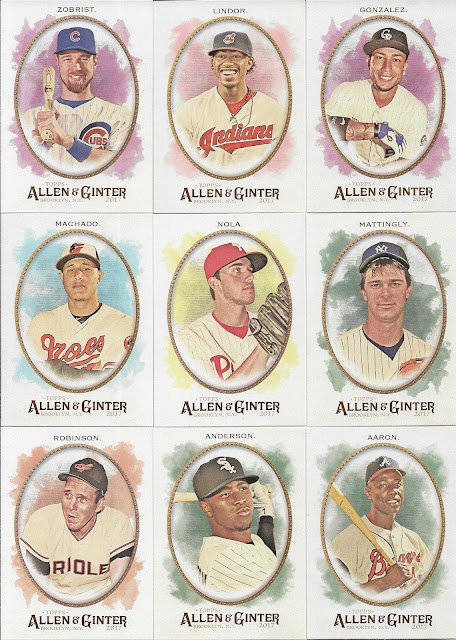 The wife and I have a beer, chat for a bit and have our dinner.  As is our custom lately, once dinner is complete we sit down and watch the Great British Baking Show on Netflix.  I don't do reality shows much, and I'm by no means a baker, but I am really enjoying watching this, as we're on our 5th season already after just under a month of watching. 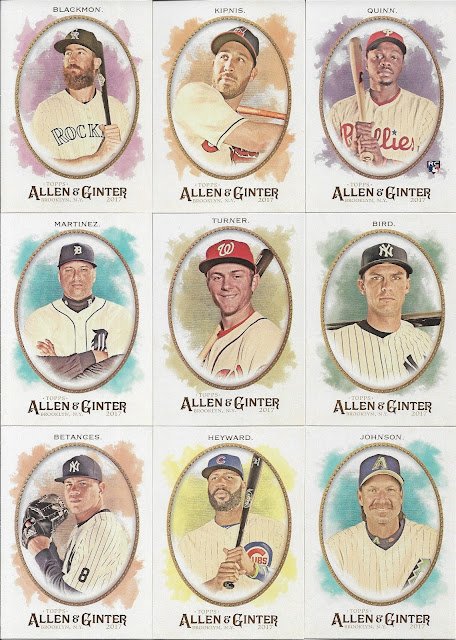 7 PM rolls around, still no texts.  Not unusual either, as sometimes transmission of the delivery scan lags well behind the actual delivery.  I go to check the mailbox, empty.  I look to the east on our street, and see the mailman on the other side, 4 houses down.  I know from experience when seeing this that it's another 45-60 minutes before he hits our house. 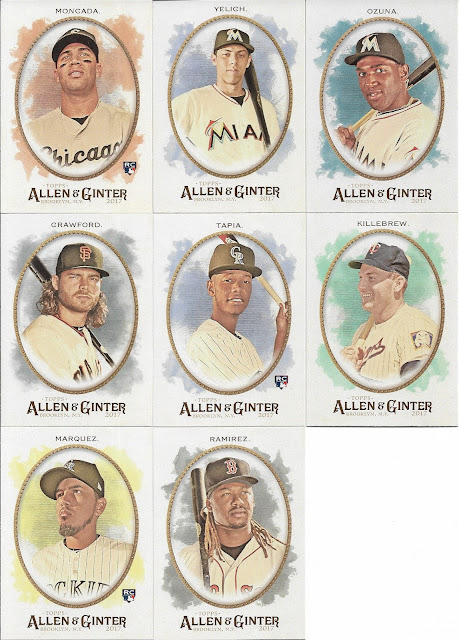 Watch another baking show episode, takes us to 8PM.  No texts.  Now I have to know what's going on.  Look at the postal website, and both the tracking IDs I have an eye on have been returned to the post office with "incomplete address" scans on them.

What a load of crap!!  The driver couldn't finish his route, so he scanned them like that to save his arse.  I got a kick out of it though and told my wife as it happened.

So while I'm working Tuesday morning, at precisely 818, my phone starts blowing up with texts.

The previous day's mail was delivered, 3 bubble mailers and 2 PWE's.  The cards you see above are in one, along with a welcome Blue Jays relic. 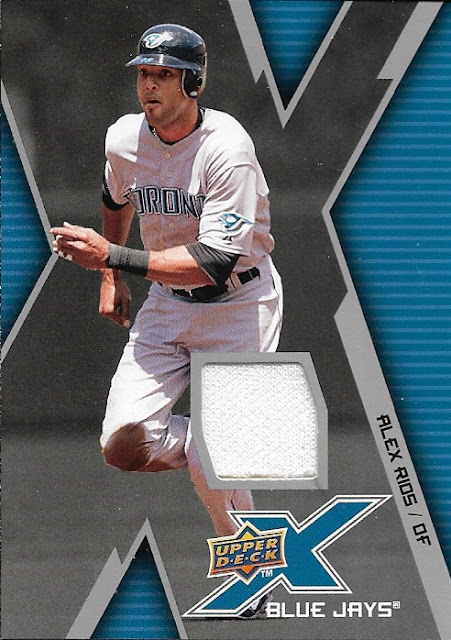 I saw the X on the back and thought it might be a die cut that I needed from the 2008 set.  This definitely works too!!  I've kind of stayed away from the Jays a lot, as storage problems will become an issue if I keep going after all the base cards.  Getting relics and autos are much easier to store, as there aren't many coming my way.

Josh sent 3 other cards, which I'll feature on Saturday as they fit that that day's theme quite well.