Sorry guys, have to try and keep it as clean as possible.   I've noticed that there has been the odd curse word thrown into my posts lately, and I am almost beginning to wonder if I should be setting up a swear jar for each 4 or 5 letter word I mistakenly post (lol..mistakenly, yeah right).

Well, I'm hoping that this post will help me along to a weeks worth of posts describing the loot I received from Kyle over at the JABOs blog.  Kyle's card draft went quickly and without a hitch and was a great value from where this guy sits.

(Speaking of card drafts....Greg over at Plaschke, thy Sweater is Argyle is getting one together and needs 4 more peeps....let's go!)

OK...enough pimpage...let's get on to the cards.  This post is not X-rated, but it is about cards from the Upper Deck X sets.  I had never seen one of these cards before I had joined a couple of box breaks at other blog locales, and the sets quite intrigued me. 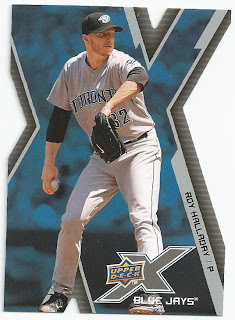 Roy Halladay from the 2009 X set.  Compare/contrast this one from the 2008's that I have in my collection:

I would say that the 2008's look a lot more like an X than the 2009 die cut does.  These cards became kind of a curiosity for me, because I thought that the X die cuts were kind of cool, so I decided to look them up in the magazine.

100 cards?  That's it?  Disappointing that is for sure.  If the set had have been 200 cards, I probably may have put that on the list to collect it.  100 cards is a time waster for sure, I wonder if Upper Deck was just looking for a place holder set later in the season and came up with this.  The '08s are for trade if anyone is looking to add to their respective team collections.

All right then, but just a couple.... 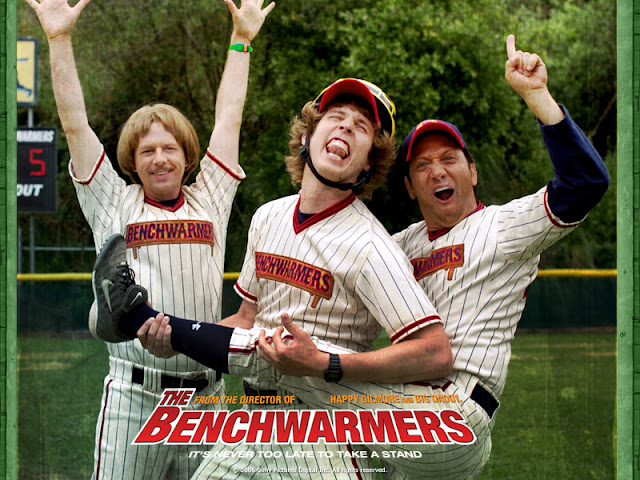 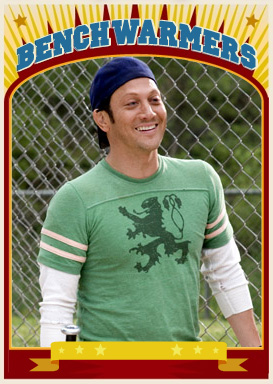 Hopefully they weren't too provocative for you!!

Thanks for reading, Robert
Posted by Robert at 7:20 PM