This card is the most recent card to show up in the series so far.  Back in the days when Pacific was making sets with multiple colored parallels (remember Paramount had 5-6 colors at least?), the company's more premium brand, if I remember correctly was Vanguard.

The card had a little thicker card stock than your basic brands, and it was very glossy.. 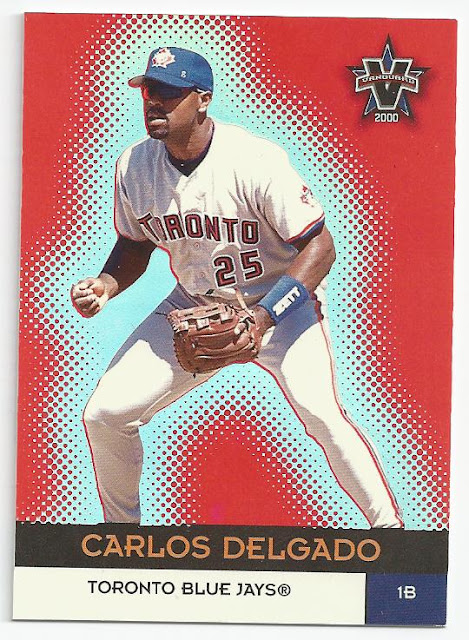 The design made it look as if Carlos was actually glowing, which might have been appropriate coming off of the '99 season he had.  .272 average, 44 HR and 134 RBI, not too shabby to say the least.  I took a quick look to see where he finished in the MVP voting that year, and he was 12th.  If you get a chance, take a look at the numbers that the top 11 players posted, including Pedro Martinez's masterful season on the mound, and you'll see why he finished so low with those gaudy power numbers.

Thanks for reading, Robert
Posted by Robert at 7:17 PM