Suddenly, this card is a little more relevant

Imagine my eyes this morning when I saw the headline and was instantly shocked and happy at the same time.

Vladimir and Canada: Together Again

I'd really been out of the loop the last couple of days because of work, but when I found out this morning that the Jays had signed Vladimir Guerrero to a deal, I was quite happy.  But of course, it makes me think.

The Jays have signed a 37 year old veteran to a minor league deal, but no doubt will call him up to the big club when he's had some time to work out the kinks down in Dunedin.  Vlady's knees really limit him to being a full time DH with the Jays (the Sky Dome is artificial turf), and with the success that Edwin Encarnacion (EE)  is having there, the signing poses some questions.

As far as the card front goes, I snagged this card in a box break quite a while ago, and now it becomes a little more attractive... 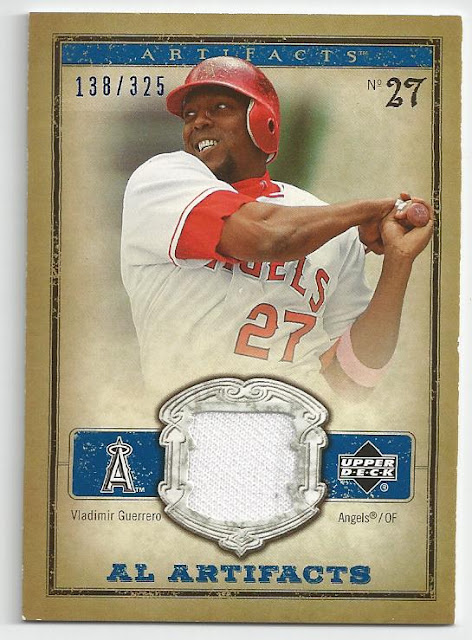 I likely will not see any Guerrero Blue Jay cards until the late season releases (Topps Update, maybe Chrome..), but I'm looking forward to adding them already.

Of course there may be some Angels or Vlad Guerrero collectors out there who may be interested in the card, and I'm sure I could be persuaded to move it to an owner who may appreciate it more.

Thanks for reading, Robert
Posted by Robert at 6:00 PM