Chopping down some insanity

A couple of weeks back, Derek over at Tomahawk Chopping posted about some cards he was going to sell on eBay, and gave readers an opportunity to snag a few of them first.  I found a handful that I was interested in, and within a few days after emailing Derek, those cards were in my hand, plus a few other surprises!!

First, the main reason was the insanity set that I'm putting together.  Derek added a handful of cards out of sheer generosity, and here we are a few steps closer to the 1500! 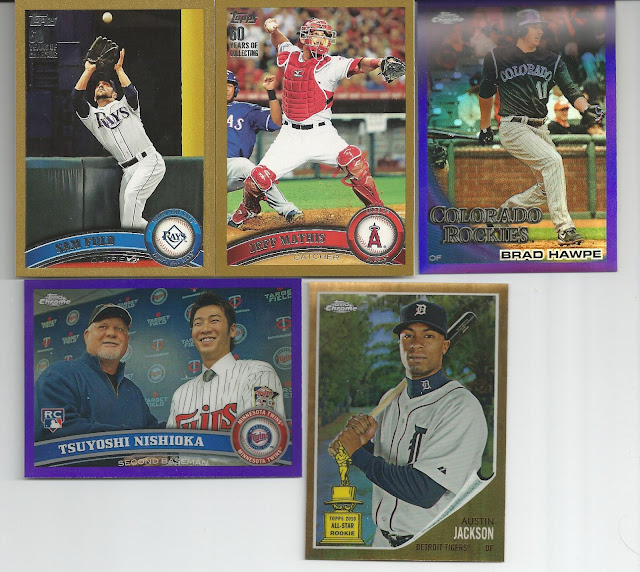 The scan on Hawpe is poor due to the warping that the '10 Chrome cards suffer from, even still the card will make its way into the binder with the rest.

The key acquisition for me though was this card: 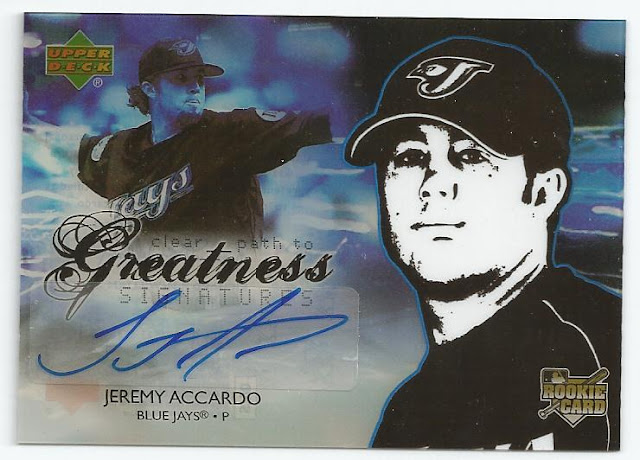 Jeremy Accardo 2006 UD Future Stars Clear Path to Greatness signatures.   I love this card, and it puts me one step closer to my 2012 goal of having 30 Jays autos/relics in my collection (this is #27).

Derek was also kind enough to send me a bunch of Jays cards as well, mostly from '12 GQ:


More on GQ in an upcoming post in the next couple of days..

Finally, there was one card in the envelope that absolutely puzzled me to no end...here it is.. 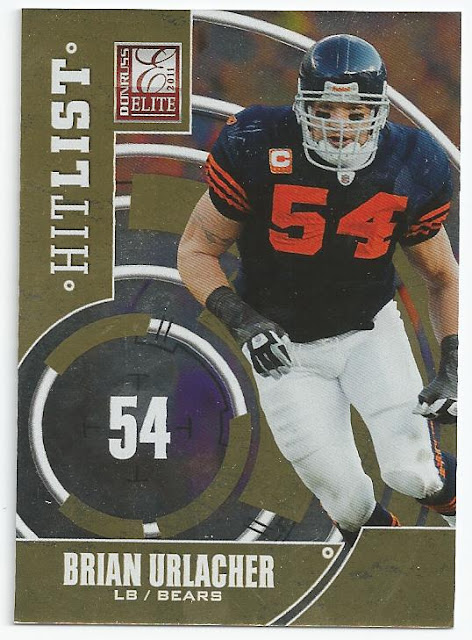 Hmmmm....I wasn't sure why Mr. Urlacher was in the envelope.  I've kind of shied away from football card collecting, it is a numbered card but the insanity project is strictly baseball cards that are from Topps/Bowman products.

So why would this card be in there?  Then I figured it out.  Derek is a mind reader, plain and simple.  Derek knows that I have a weakness for...

Jenny McCarthy, who recently has been linked to Brian Urlacher.

What were those card numbers I couldn't remember before??

Derek, thank you for the cards, they are much appreciated..


thanks for reading, Robert
Posted by Robert at 1:55 PM