It is a pretty darn good community

For the longest time, I have posted and bragged about the TCDB community.  I've made hundreds of trades, probably a couple of really good trade partners along the way and watched a lot of good things happen to the site via the input of many of the users.

It's happened to me once before on the site, but I was still surprised when I received an envelope totally out of the blue the other day from another Robert (TCDB bkim) who sent a couple of birthday cards my way. 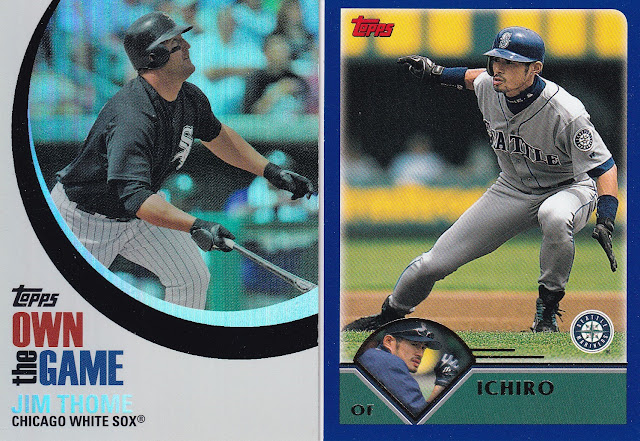 A couple of player collections were increased by 1 and I especially enjoyed the Ichiro card as it's an early one from his career, a 2003 Topps #100.

What's great is people don't have to do this, my birthday could come and go and nothing could have come my way and I would have been fine with that.  But it's little things such as this which make me talk about the site constantly, and sometimes go a hunting/trading expeditions when I have extra time off.

Thank you for the birthday cards Robert, they are really appreciated!