Two trades on one post today, largely because I didn't want to do a one card post.  The first trade is with TCDB user BLWinborn40 who offered me a 1 for 1 trade.   I don't do very many of these, but the Ichiro card featured a great photo of him getting ready for a pitch, so I didn't refuse: 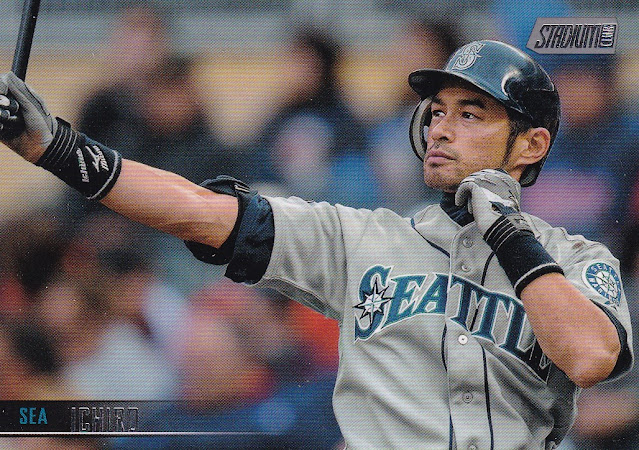 The many for many trade was with someone a lot of you may know from the Twitter world, Steve (@cardboardjones) accepted a big trade that I offered.   I sent him a ton of 2007 Topps football cards since I love helping out fellow set builders, and he sent me back a nice lot of '79 and '81 Topps football cards 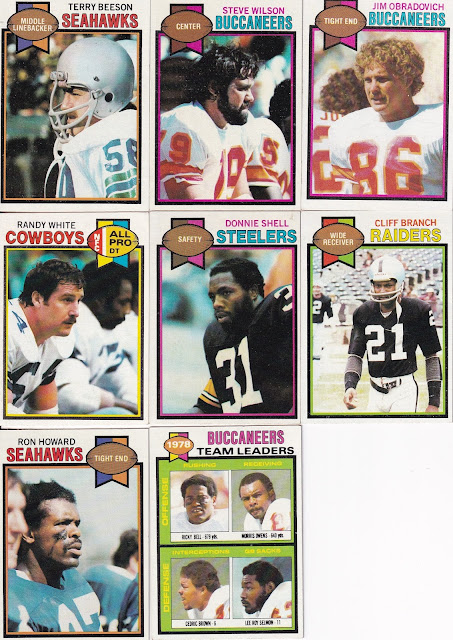 The '79 portion was smaller, only 8 cards, but there are some names that you may remember on this scan, especially all those in the middle row.  I wouldn't be upset if the Tampa Bay Buccaneers brought back the creamsicle colored uniforms that a pair of players are displaying in the top row. 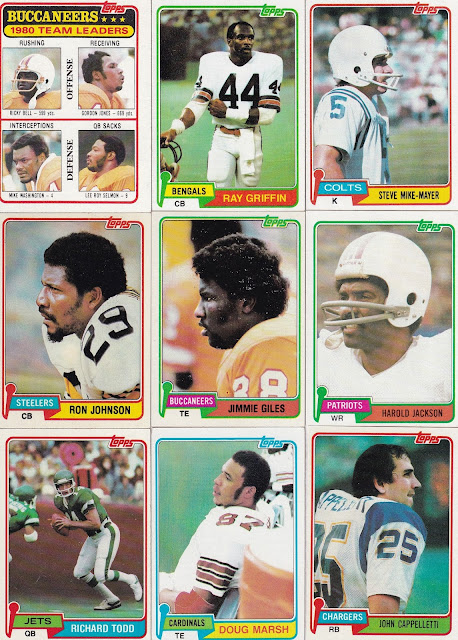 I like the design of the '81 set, it reminds me of a wind sock on the top of the goalpost.  You can't change the past, but think of how much better these older Topps sets would have looked if they had been able to use the team logos on the helmets.  I'm curious as to why this was the case, they used the team names on the cards, why no logos?  I'm sure that there was a reason for this, would love to know what it was.

These two sets are coming along nicely, both are approaching the 1/3 mark.  With both sets being 528 cards, there are still a lot of numbers on the want lists, which need to be updated here on the blog.

Thank you for the trade Steve, it is appreciated!