So this past Sunday I hit a show that was in Port St. Lucie, FL, which is about 90 minutes north of where I live.  I've been to the PSL area several times in the past, as the wife and I have some good friends who live there.  I was looking forward to try and get to this show for a few months, but things didn't work out until this weekend.

It's located in the Baron Real Estate facility, which has a room that doubles as the St. Lucie Mets convention center.  It is a real nice room, my guess is there was 40 tables there which was perfect as there wasn't any crowding.

I decided to write about the 2nd table I hit as the first table took up the most time and provided me the most cards, which I will save for later this week.

My buddy Chris and I were almost ready to head out when I spotted a table that had a box of 50 cent cards.  I became a bit curious and spotted this card almost right away as I began to flip.... 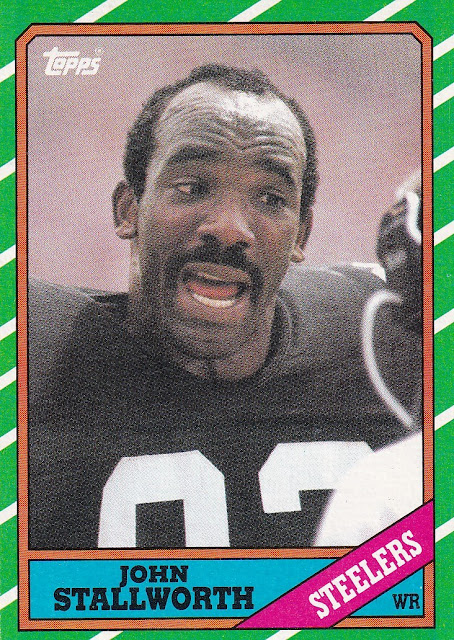 I had this one memorized, as John Stallworth was one of only 9 cards remaining on my '86 Topps football want list.  I wasn't really seeing anything in the box that I wanted right away, but I wanted to bring this card home to get it off the list.   So I kept flipping and found a page worth of '81 Topps. 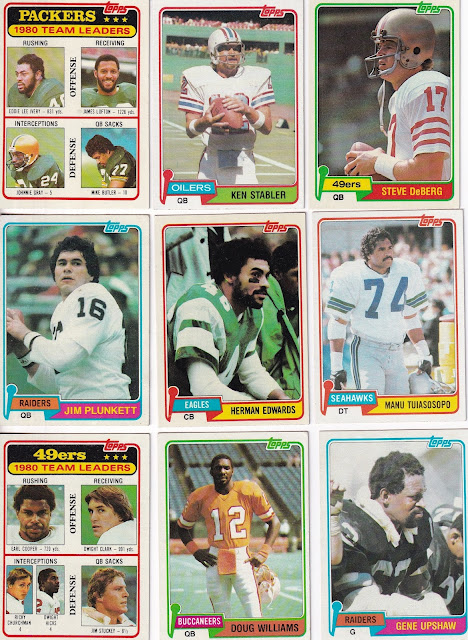 I originally thought these were '82s, but that set has the pennant logo on the bottom of the card, so this was my mistake.  I wound up only needing 3 of the 9 cards pictured here (Stabler, DeBerg and 49ers team leaders) so it wasn't a total loss, but I wound up spending $5 at the table because I didn't want to spend just 50 cents.

This was a really good show though and I've asked the wife if we could combine it with visits to our friend up in Port St. Lucie in the future.  Here's hoping!