The title kind of describes my thought process now when looking for singles on eBay for sets in the '68-72 Topps era.

The 1-299 range I'm mostly done with except for higher dollar cards which I pick off here and there when I feel the urge to do so.

But # 300 and up in each of the above sets still have a lot of commons to grab, which is where I'm at when hunting online.

This week's baseball portion of my eBay purchase was an 8 count of '69 Topps singles, all of which are in really nice condition. 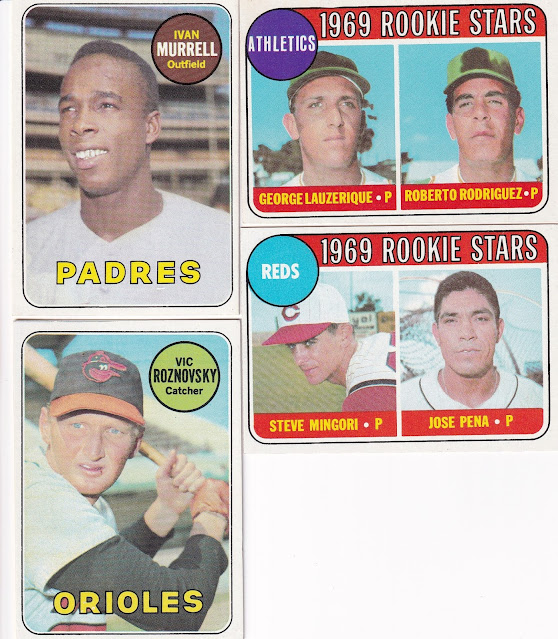 The 300-399 portion was half of the order, all around $1-$1.50.  I have quite a few of the Rookie Stars cards from each set to grab, so I've been purposely trying to find reasonably priced copies when I do try to buy. 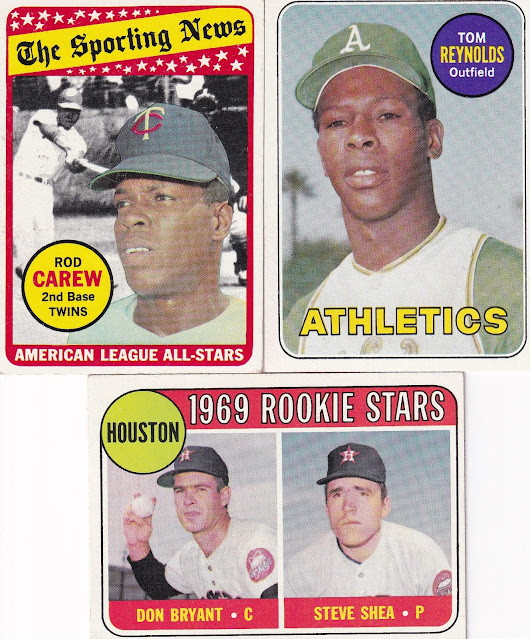 Another Rookie Stars card, and a very nice Rod Carew All Star card which I'm ashamed to admit is only the 2nd All Star card I've bought from the set (the only other being Tommy Helms) and if I can find more like Carew at just $3.50, I'll be fortunate. 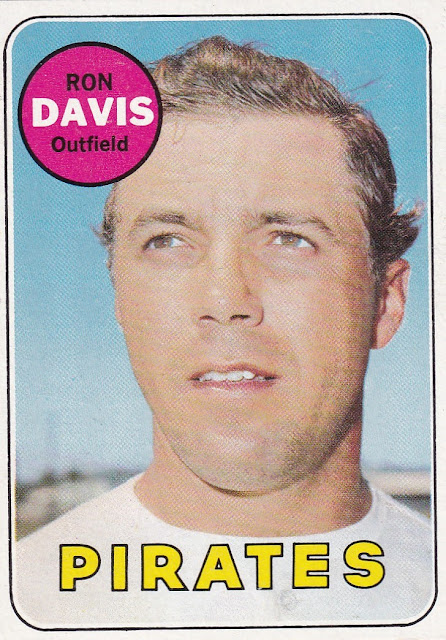 I own just 19 cards that are higher in number than Ron Davis' #553 featured here, so I certainly have a long way to go in finishing the set.  Aside from the high number problem, the set is slowly coming along as I'm now 380 cards in, or just over 57% done.

The only way that this set will get done quickly is if I sit down and just focus on this one and nothing else.   There's not a chance that this will happen, unless this becomes the final set that I ever try to build.

You all know that there's no chance of that happening as well.