$3.5 million?? I have enough trouble buying cards on Sportlots for over a quarter

Yes, it's been 2 1/2 months since I've decided to write a post and my first attempt at writing was inspired by a tweet from Logan Paul (whom I have no idea about) saying he was bilked out of $3.5 million on a fake Pokemon card scam.

First, why in the world would anyone pay that kind of money for cards?  Don't understand that thinking at all.   I guess if you have it you're more apt to blow it, right?

Second, if I WERE to spend that kind of money, which I'd have to win the Powerball to even think about doing, I certainly wouldn't hit the Pokemon card market.  I know that there are people out there that are into those types of cards, but I imagine that the market for that down the road certainly would not be as big as for baseball/football/basketball/hockey cards.

Hell, in my world I still struggle buying cards for more than a quarter on Sportlots when I'm placing orders.  Yes, the "I can't see them in front of me when I'm buying them" still plays a big part of it, even though I've placed enough orders over the past few years to know the sellers that are reputable and those that shouldn't be grading 2nd grade math tests, let alone cards.

I've had lots of fun since I last wrote at the end of October, cards mostly playing a part of that.  I doubt anyone noticed that I stayed away from the New Year's "what I'm going to do this year" ritual that I've done for the past few years.  I'm going to do the same thing I've done for the past decade on the blog.  Collect cards, trade with the good folks on TCDB, write from time to time and try to finish some more sets. 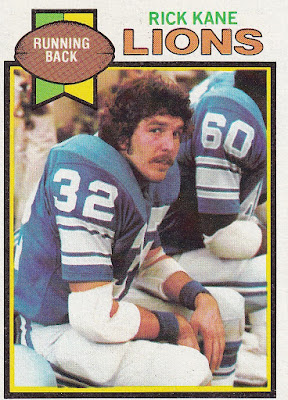 1979 Topps football is one set that I've added to over the past couple of months, this one part of a trade on TCDB that also contained cards from a couple of A&G sets that are on the go... 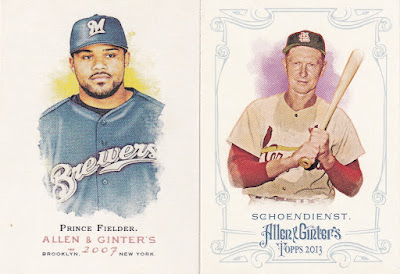 I tried to make a big push right at the end of 2021 to hit the 500-transaction plateau on TCDB and didn't quite make it (498), but it was good to get trading again as my job and my house (more on the house in another post) kind of put a dent into card collecting for a couple of months.