the excitement for this set is starting to build

I'm going to guess it's been about 3 years since I decided to start building the 71-72 OPC hockey set, largely started because I really liked the look of it and also because I found a reasonably cheap Phil Esposito after buying a fair number of commons to start the set.

To be honest, with all the other set builds I have on the go right now, finishing the '71-72 was a bit of a dream as the pandemic started.   I've surprised myself with how I've progressed since last March as 57 cards have been knocked off the want list, including the 7 on this post. 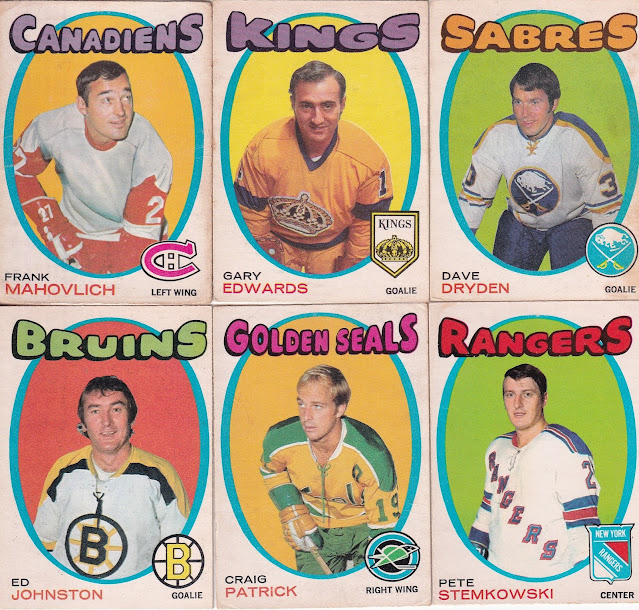 This lot I bought off of a eBay seller in Canada and were all priced in Canadian $, so I got a bit of a break there as well.  Notice half of the lot is goalies, usually a little more pricey than your average forward and defenseman, but not from this seller.   I did pretty well, paying about $20 for all 7 cards, including an all star card of one the goaltending pioneers 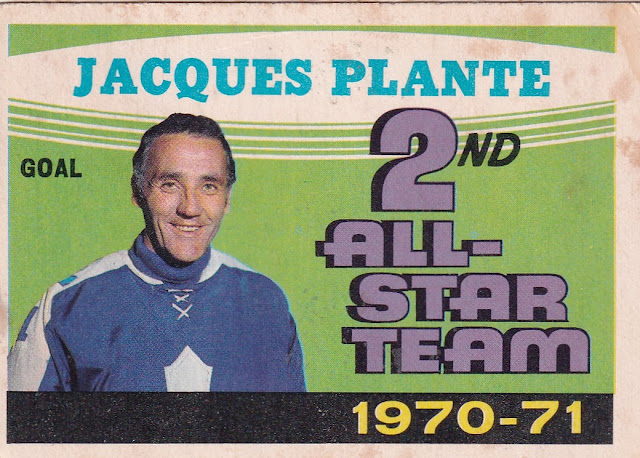 I nabbed the Jacques Plante card for just under $5 US, a bargain even though its a little bit on the dirty side.  (Found a Plante video on YouTube featuring him as a Leaf, not a good night for the Wings)

The set is over 70% done now with the 264 card size for the set being a definite advantage.  Still quite a few expensive RCs and a couple of checklists which are crazy high priced to go, but I can see this set getting completed some time hopefully in 2022.