Checklists with lines and other cards

While scanning the cards for this post, I noticed something that I hadn't seen before.  Checklists with lines. 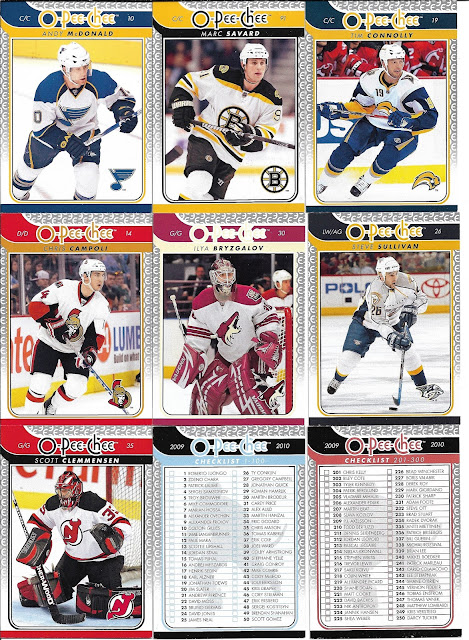 I look at this scan of 9 cards from old TCDB trading partner Tom (TCDB ID: BigOinPA) and wonder what's going on.  Thought the scanner bed was dirty, because I see all kinds of lines on the bottom right hand card.

Shows how much I pay attention, because both of the checklists that I received have lines on them.  Now I'm not going to go digging through other sets, but I can't recall a pure checklist card having lines.  I'm sure someone in the comments will set me straight by pointing me to another set that features lines on the checklist, but it struck me as quite odd when I first saw them. 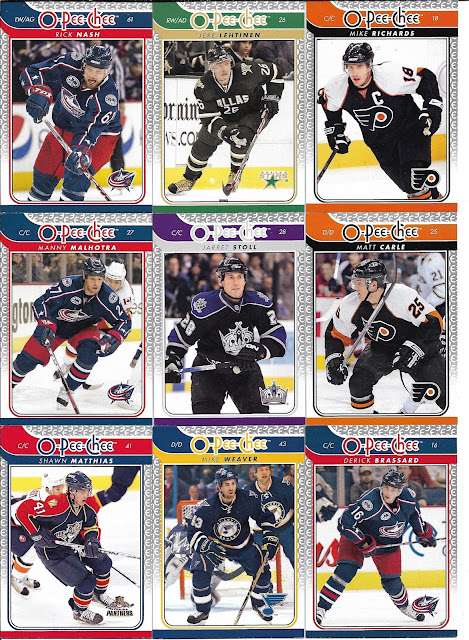 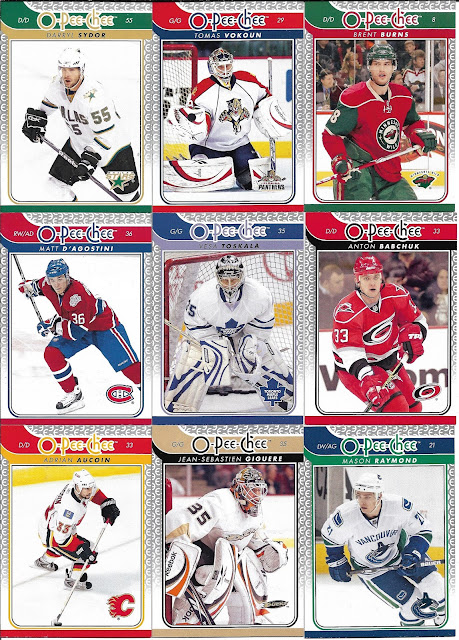 It was great getting 27 cards from the 09-10 OPC set, one that Tom has contributed a fair number of cards towards.   One thing I noticed while writing this post is that not one of the players featured is still in the league.  Even though the set is just over a decade old, I was surprised that no one is still around playing in the league.

The trade brought this set to just over halfway complete and I think I'm going to start plucking away at some of the cheaper SPs in the set.  Eventually, I'd like to have the entire run of the modern OPC sets, which is why I've added a few of them to the starter sets wanted list on the right hand side of the blog.  Even a small starter set similar in size to the trade above would be a great help and I'd do what I could to work something out if you have them.  Let me know!

Robert
Posted by Robert at 8:16 PM