He ain't Crazie, he's my brother

Fellow blogger, and now 2 time trade partner Joe (TCDB ID:CrazieJoe) recently swapped some cards with me; about 2 dozen went traveled about 1600 miles in each direction to get to their intended target.

It's quite easy trading with Joe, as our interests are very similar.  Blue Jays and hockey are the common thread, and while I sent Joe a few duplicate parallels of Jays, he sent me some hockey cards that are new to my eyes. 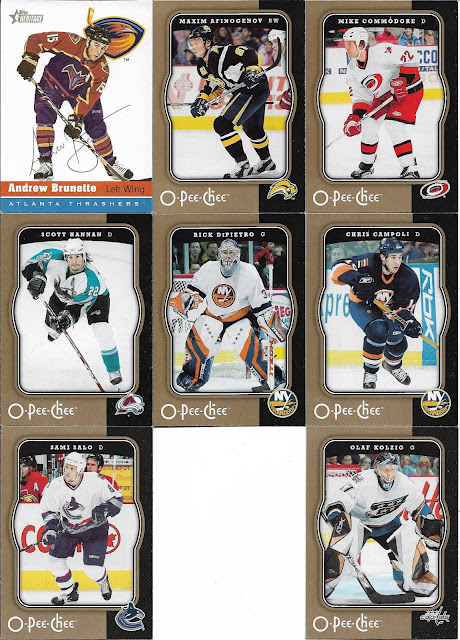 A lonely 2000-01 Topps Heritage card featuring Andrew Brunette starts off the scan.  I know it's probably going to be a long time before I find a trade partner to put a big dent into that set, but at least there will be 1 fewer card on the want list when I do find them.

2007-08 OPC was a set that I was excited about collecting when it was released over a decade ago, and I wish that I had kept after it back then.  But my knowledge about where to find cards on the net has increased exponentially since then, and now I'm looking forward to continuing on the path to putting that set together. 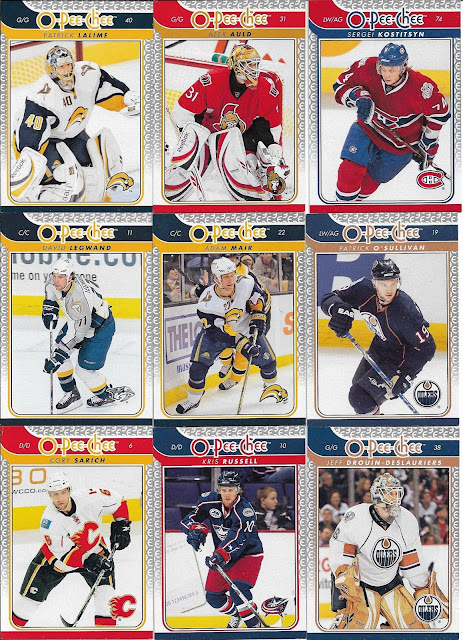 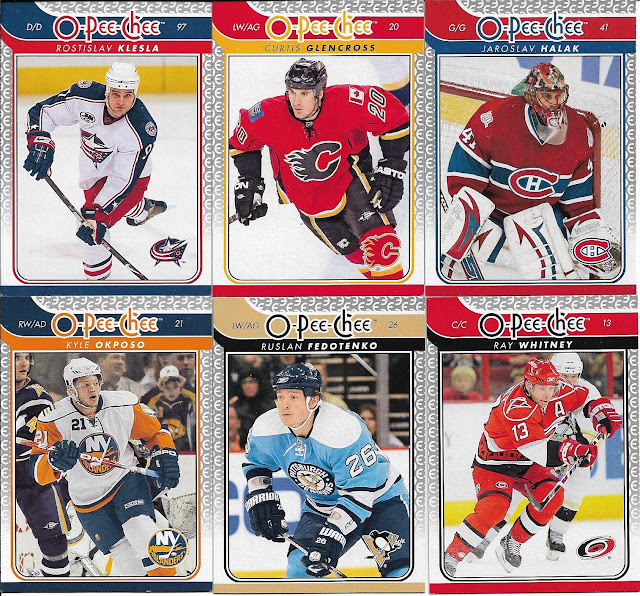 The 2009-10 OPC build has grown a lot quicker than I thought it would originally.  I had hoped to find a starter set on ebay or at a show sometime in the past year, but that hasn't happened.  I've wound up already acquiring about a third of the set through trades, and these 15 cards make a nice little dent into that want list.  No major names in this group, but there's lots of color (especially red), and the vintage Penguins uniform that Ruslan Fedotenko is sporting is a favorite of mine.

Thank  you for the trade Joe, it is appreciated.  Looking forward to the next one...

Robert
Posted by Robert at 8:49 PM