A couple of small ones

I boasted in my last post about how I was into the 90+ trade count for this year.   Jon had sent praise in the comments, and then wondered if he could keep up with that kind of pace.

He made me think for a couple of minutes about all the trades this year, and how I've actually kept up.  I'm going to do a stats pack probably late in the year about all of them, but the trades for the most part have been reasonably easy (PWE), and have come in spurts.

About the beginning of last week, I lamented to my better half that the trade market had dried up a bit; I'd actually gone roughly 2 weeks without a trade offer coming my way.  Then all of a sudden, the damn broke, and I've been on a hot spell ever since.

I'm showing off 2 more trades today, both of them coming in the mail yesterday.   First off is a quick 2 card mail day from everyone's favorite Royals blogger, Josh (TCDB ID: royals {what else would it be} ).  Josh had seen the many posts I've done showing the '19GQ green parallels, and he had one for me. 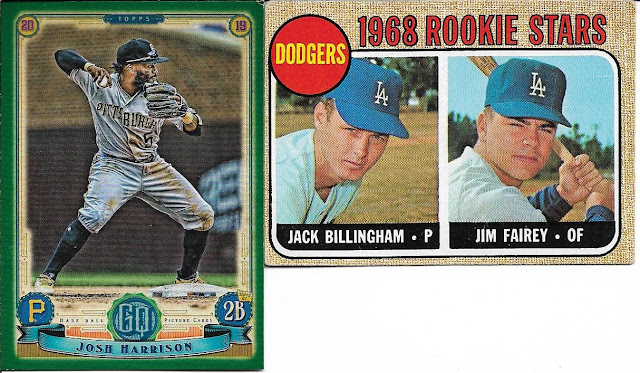 He didn't want Josh Harrison to be alone in the envelope, so he threw in a '68 Topps Dodgers Rookie Stars card to go along with it!   Great stuff.   Hadn't added a '68 in quite a while, so this was great to see.

Next up is 7 cards from Bill (TCDB ID: billwill), that added a few more GQ Greens to the build: 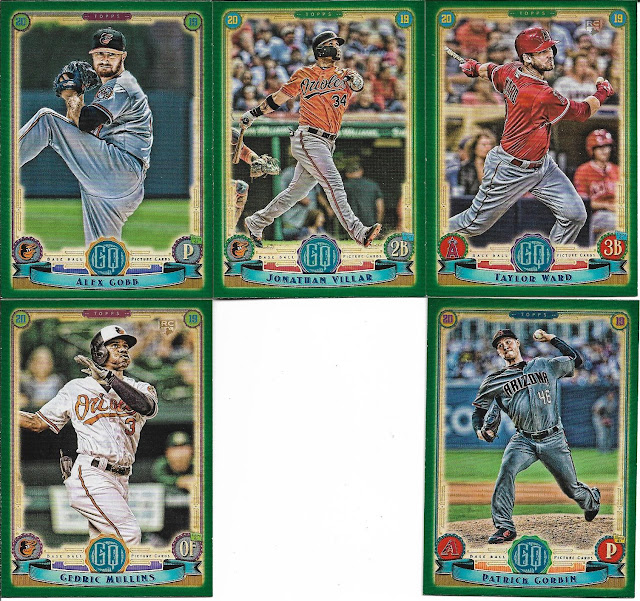 To be honest, this set build was a bit of a lark when I first decided to put it together.   I thought that it would be similar to the MVP hockey silver signature set that took me 2 decades to finish, but that hasn't been the case. 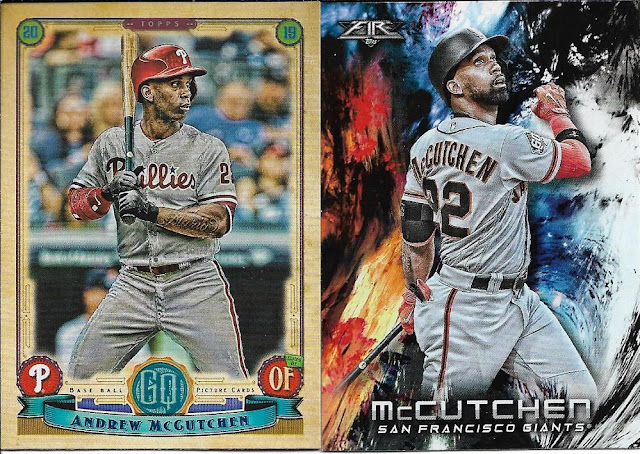 A couple of recent Andrew McCutchen cards were also part of the envelope, '19 GQ (maybe the only GQ card I'll own from this year that's not green), and the '18 Topps Fire.   My McCutchen collection is over 160 cards now, and it's one of those collections that I have where I don't pursue cards to add to it, but it doesn't hurt to have them come in trades or just fall into my lap at a card show.

Not all trades have to be big.   Thank you to Josh and Bill for the cards, they are appreciated!!

Robert
Posted by Robert at 3:32 PM