78 Topps is also in my sights

Following up on yesterday's post, Adam also sent a nice lot of '78 Topps cards, another set which until the past 2 weeks I thought I had no shot of finishing this year, but things have changed a bit recently.

Now there's still 136 cards on the want list, and with the Eddie Murray RC part of that list, this may not happen in 2019, but with the way my luck has been recently with trades and generosity such as Adam's, who knows? 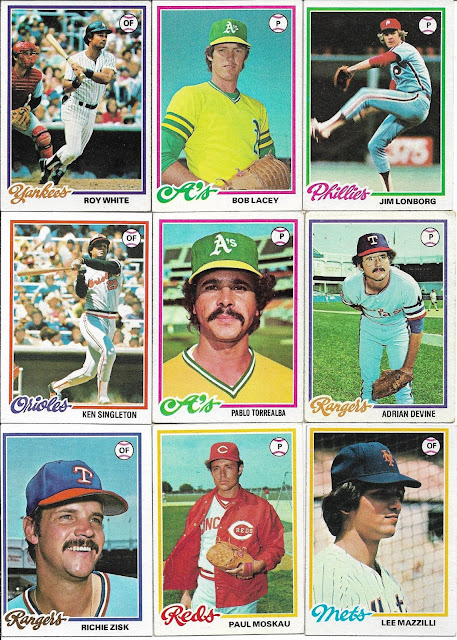 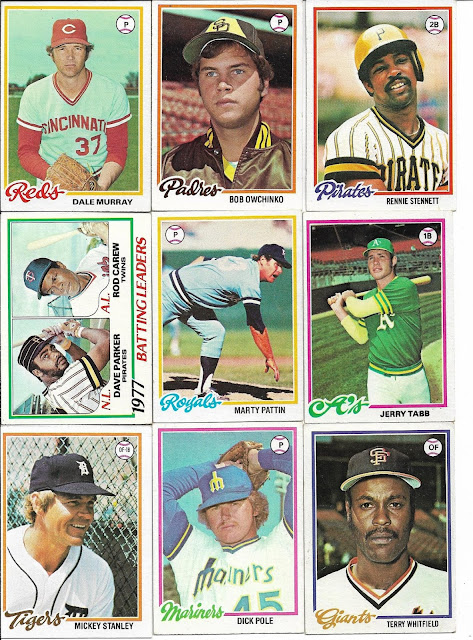 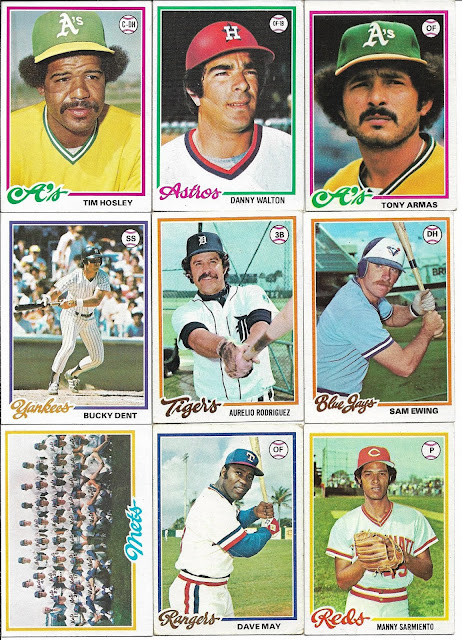 Oakland is heavily represented in the first 3 scans, as 5 of the green and gold warriors found their way here.  Maybe my favorite card of the first 27 is the Roy White card, a nice action shot of Roy just after contact.  Not sure but maybe that's Carlton Fisk behind the plate? 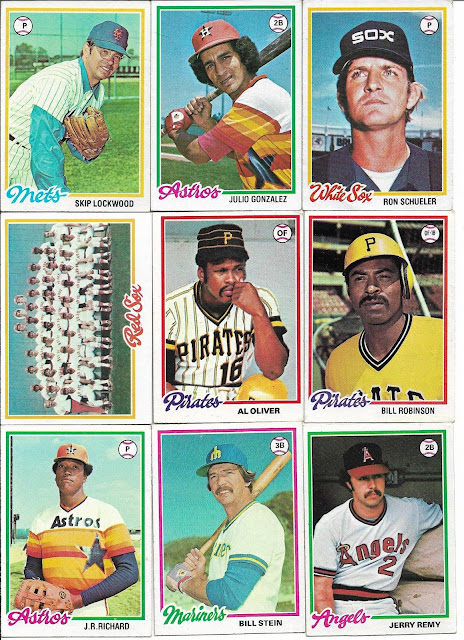 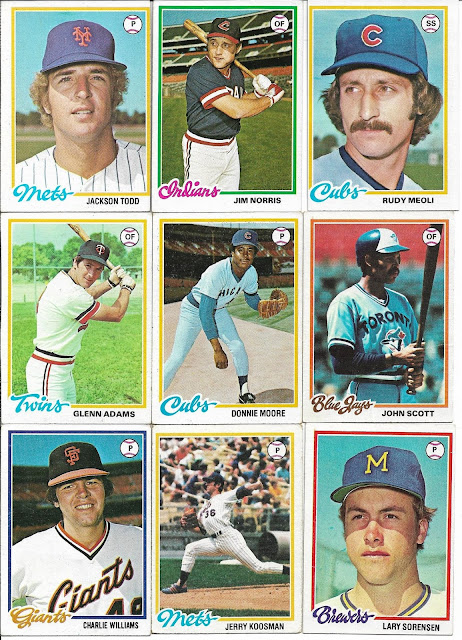 Love the Al Oliver card, him sitting in the dugout with his elbow resting on his batting helmet, just waiting for his turn to pick up one of his 2743 hits.

Had no idea that Donnie Moore was a Cub.  My memories of him were as a closer for the Angels, and the unfortunate circumstances of his death.  Interesting to note that while he spent pretty much his entire career as a reliever, he wasn't a bad hitter.  16 hits in 57 AB's, including 2 doubles and 2 triples! 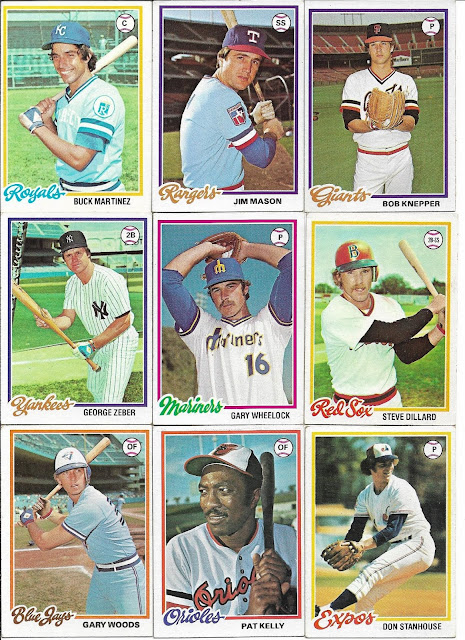 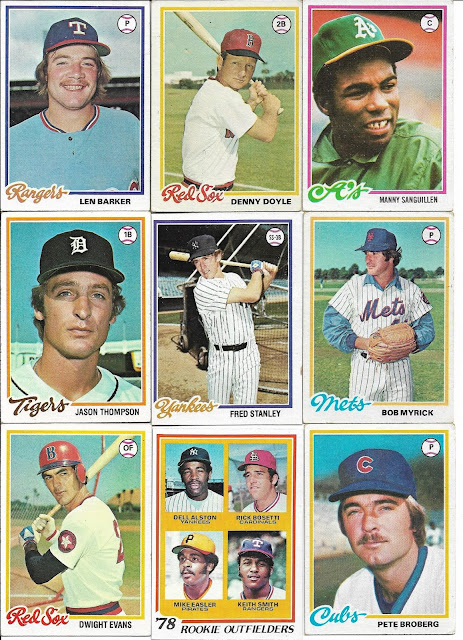 I remember Len Barker as an Indian, throwing a perfect game against the Jays in '81.  Buck Martinez is still the play by play voice of Blue Jays TV broadcasts, it seems like he's been doing that for an eternity.

Dwight Evans without a mustache just doesn't look the same to me...

I miss the days of light hitting, great glove middle infielders such as Fred Stanley and Denny Doyle.  Manny Sanguillen's only season away from Pittsburgh was 1977, when he played for the A's.  He actually led the A's in hits in '77.  I had no idea that he was traded to the A's for Chuck Tanner.

To finish off the envelope, and continue the theme from yesterday, there were a couple of '83 checklists in there that I needed... 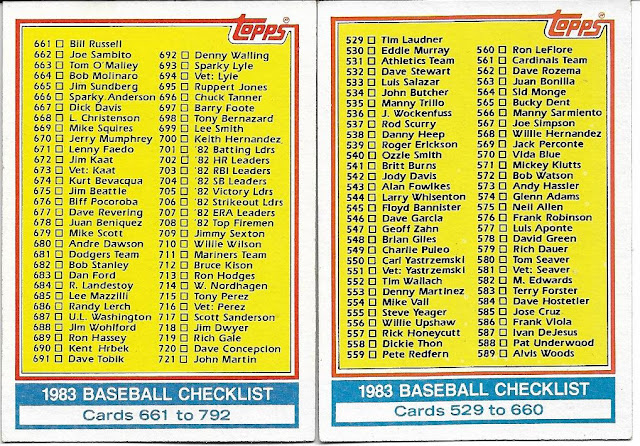 Adam, thank you very much for the cards, they are greatly appreciated!!   A link to his want lists for all just in case you may have something he needs...

Robert
Posted by Robert at 2:00 PM