O-Pee-Chee never gets old for me

I really like the OPC hockey sets, whether they are from the 70's/80's (the originals) or the modern era Upper Deck releases (from 06/07 to present).   They're a challenge to put together and with the exception of a few designs, most of the OPC sets are pleasing to look at. 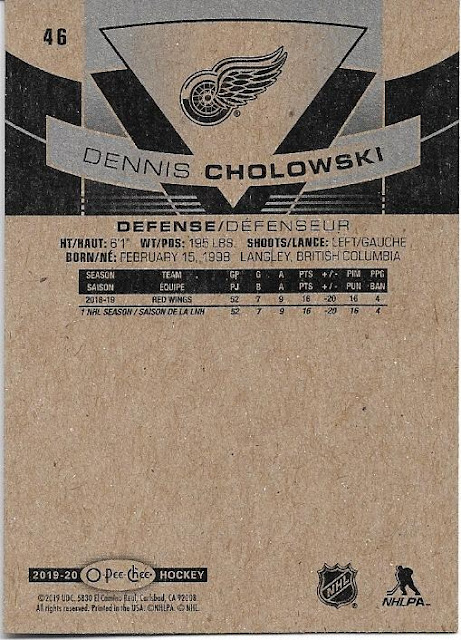 While the look and feel is great, the small print and the tons of extra space are a shame.  Would love to see Upper Deck harken back to the 70's OPC/Topps sets and put some biographical information in all that lost space.   Or, how about the old style cartoons like you'd find on cards like this Bernie Parent 76-77 OPC?

The front of the cards are a different story.  I love this years design. 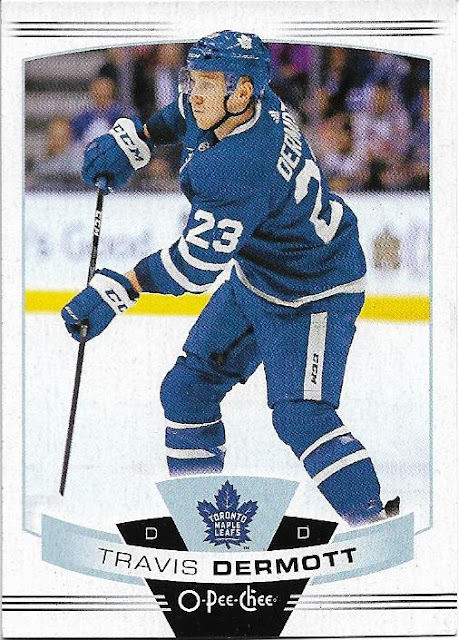 Position: Check  Name:  easy to read.  Team logo: doesn't take over the card.  Design:  minimal.  Don't need a bunch of flowery bells and whistles to sell me on a set that is 600 cards in size.  I want something that's pleasing to the eyes and hits all the categories.   This year's OPC set does it for me.

Retro parallels are back, 2 per rack pack 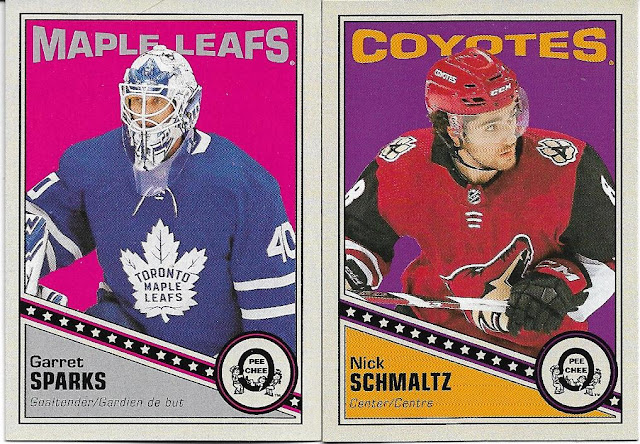 While I would love to chase these down, I still have a ton from last year's set to grab.  I'll probably just go after the Leafs in the retro style and call it a day...

SPs?  100 of them again this year, similar in pattern to last year

Rookies?  Gotta have them.  501-550 are all the Marquee Rookies, although right now there are no really huge names among the 50.  Next up, 31 team checklists, which I wholeheartedly approve of, as the Legends cards were getting kind of tired, and a lot of people tended to over price them on the secondary market.   The League Leaders and Season Highlight cards make up the final 19 cards of the 600 card set, and are also a solid addition, because what collector doesn't like an extra card of their favorite stars, right?

Something new this year is the "caramel minis" 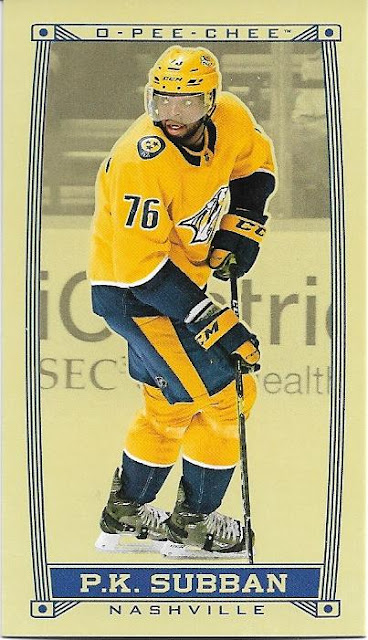 There are 40 of these in the set, and they're not so much mini like the A&G minis, but they're just thinner, about half the width of a normal 2.5" card.  I like the look of these as well, it's always good to get something a little different.

Finally, what would a modern set be without colored parallels, right? 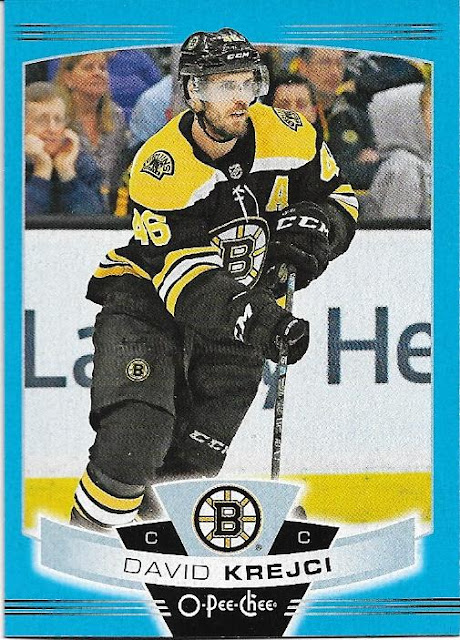 Blue is new this year, replacing last year's silver which was kind of so-so.   There are gold glossy parallels, the retros which I showed above and red bordered cards also.

I'm going to have to try and get a few more packs in the next few weeks as they tend to disappear quite quickly when the base Upper Deck set gets released in November.  This will be a set that I'll chase again this year, because O-Pee-Chee really does never get old for me.

Robert
Posted by Robert at 7:00 PM