And then there were 5

With so many sets that I have want lists for, it's easy to forget at what point I'm at as far as a specific set is concerned.

When I received my COMC order a few days ago, and pulled these 4 cards out of the box, it hit me like a ton of bricks that I'm actually just 5 cards short of finishing the 76-77 OPC set.   This is one of the first sets I collected as a kid, and over 40 years later finally finishing this up is going to be a big source of pride. 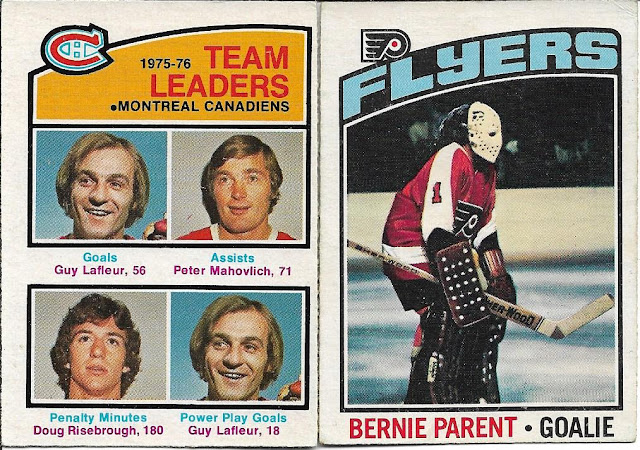 My patience (read cheapness) finally led to getting these cards at a lower price.  The Canadiens team leaders card was just over $2, and the Bernie Parent was at $4.  Much, much better than I had seen over the past few months. 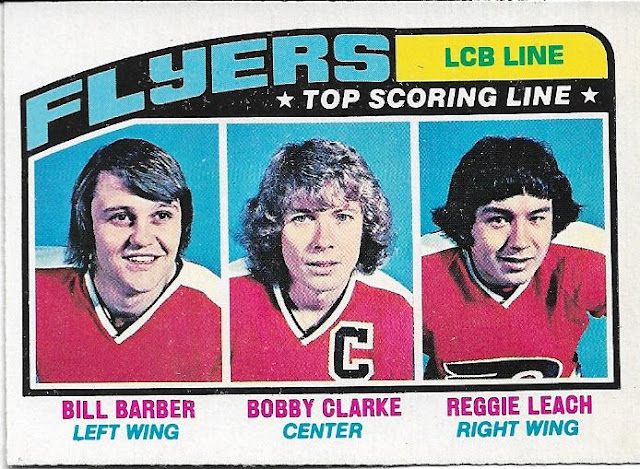 I miss the days where forward lines spent more than a few weeks together.  The LCB line was a big force during the mid to late 70's, and finding this card for just under $2 was a big score for me.

Finally, getting this card for less than $10 was a huge win. 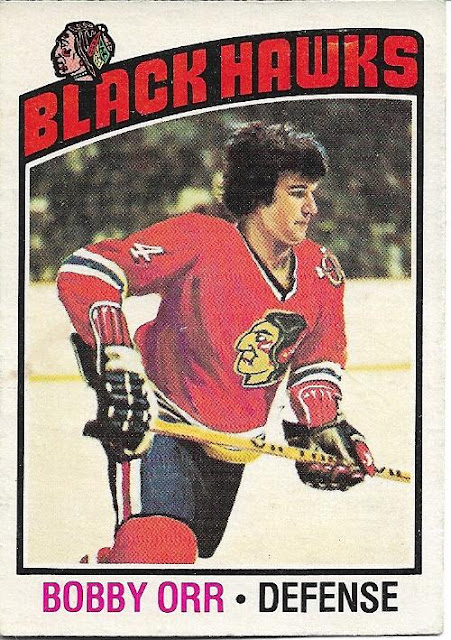 I was pretty much resigned to having to pay $20 or more for this card, as I hadn't found any copies that were decent for less than that.   Then one Saturday morning, I hopped on the site, and saw this up for sale for $9.  Had to look at it twice to make sure that it was in as good condition as I hoped.  Then I get it out of the sleeve, and it was in even better shape than I thought.

An absolute steal for that price.  I'll smile each time I look at the set.

Now, I'm down to 5 cards to finish this off.   Ken Dryden, Lanny McDonald, Tiger Williams, and 2 checklists.  I know I'll get the McDonald for around $4-$5.

What the other 4 will cost, who knows?   Probably won't be cheap though...

Robert
Posted by Robert at 8:27 PM