Took a couple of weeks away from posting again, mostly because I didn't have a lot of things to say or write about.

But now there's a little storm in the Bahamas that is headed our way.  Dorian is her name.

And the next few days are going to be fun.  As of this writing, the maximum sustained winds are 180 MPH.   The storm should get a speeding ticket....

While we're waiting for this to ride through, or away depending on what part of the spaghetti model you prefer to enjoy, I have one trade envelope that arrived yesterday to show off.   Regular TCDB trade partner Bill (TCDB ID: minibbcards) snapped up the few minis that I offered up from the 2019 A&G release, and in return I was able to knock off 4 cards from a trio of want lists. 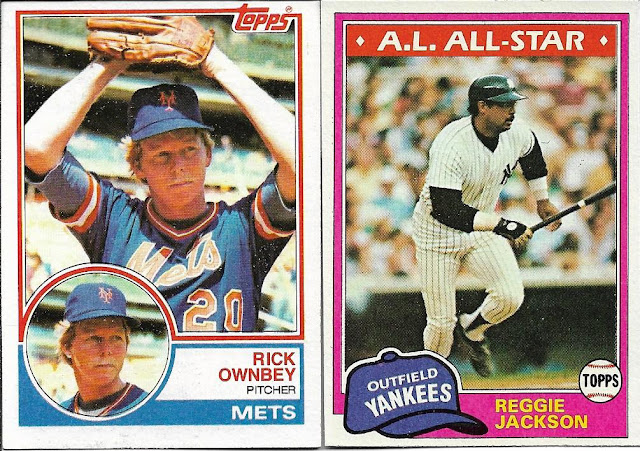 Early 80's to begin.  I remember the name Rick Ownbey, but I don't recall watching him pitch.  Now that Reggie Jackson fellow, yea I remember watching him with a few different teams during the last decade of his career.  The '81 Topps set build is starting to wind down a bit, as I'm down to 135 cards to go to finish the set. 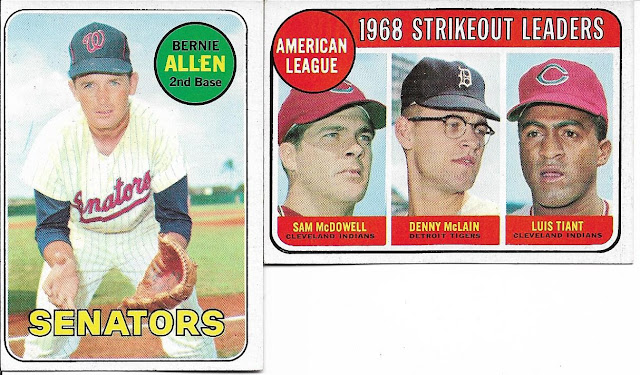 Any time you can get a League Leaders card in a deal, especially with names like Tiant, McLain and McDowell on it, it's hard to pass on it.  Bernie Allen's card was the added bonus, another low number off the want list, which is still quite extensive as I'm barely over 28% done with the set.

I'm hoping to get another post or two completed while I'm shuttered in during the storm.  We were lucky during Irma a couple of years ago and never lost power, so I'm hoping with the projected path we're going to do the same during this storm.

Thanks for reading, and have a great long holiday weekend!

Robert
Posted by Robert at 1:27 PM