This has been one helluva year for me trade wise.   I received a couple of envelopes in the mail this week, bringing my trade count for 2019 to 92.

I honestly thought that 100 trades would be a fight right to the bitter end of the calendar year for me, but with 8 currently on the go (and 1 on "lost" status), by the first week of October I'll have hit my goal.

The first envelope was another USPS surprise, making it from Washington State to Florida in 2 days.  Jim (TCDB User ID:  jmkidd) snapped up a few Seattle Seahawks cards from me, and in return I got a bit of set help and a bit of help with 3 of my player collections. 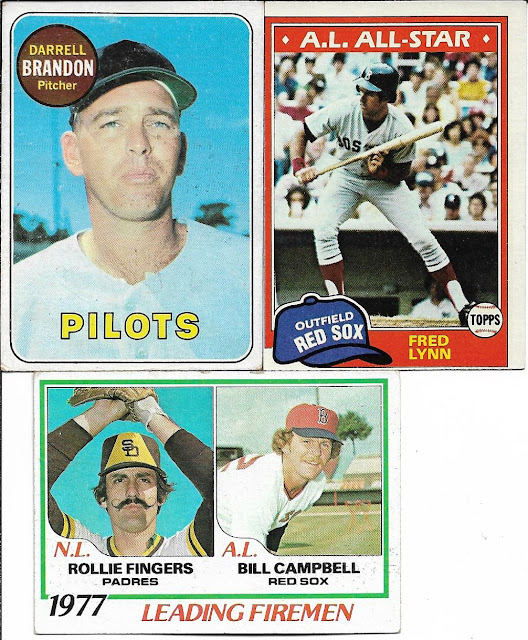 First up, the set help.  Fred Lynn's card from the '81 Topps set was a nice one to grab, along with the Saves leaders card from '78 featuring Rollie Fingers and Bill Campbell.   Would love to see the term firemen come back to the game..

The '69 Topps Darrell Brandon reminds me that the '69 set is becoming similar to my 85-86 OPC hockey build.  1 card comes in at a time, slowly nibbling away at the set.  Only problem is, I still need about 460 cards to finish the set, and that's a lot of trades at 1 card at a time! 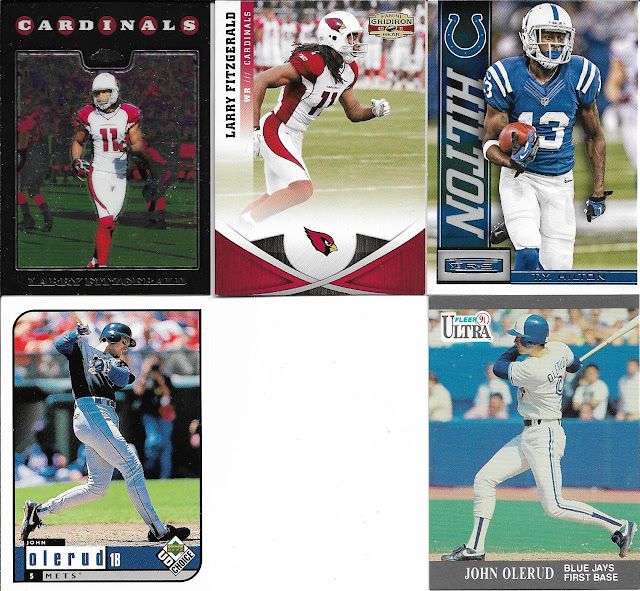 A pair of cards each for Olerud and Fitzgerald were nice additions.   I'm actually doing quite well adding Olerud cards featuring him in uniforms of the Mets and Mariners.  T. Y. Hilton's card brings him to a paltry 19 cards, but there's a ton of base cards on my want list on the TCDB site, so I'm sure eventually that number will start climbing.

Next up is a nice lot of cards from Edward (TCDB ID: kaline6), which hit want lists for a couple of sets I expect to finish by the end of the year, along with a few other goodies. 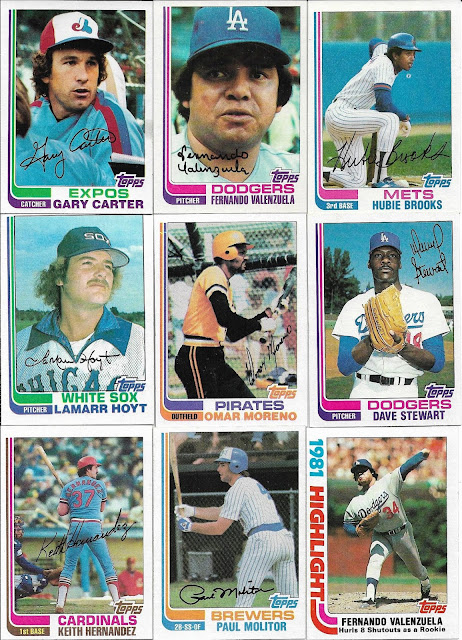 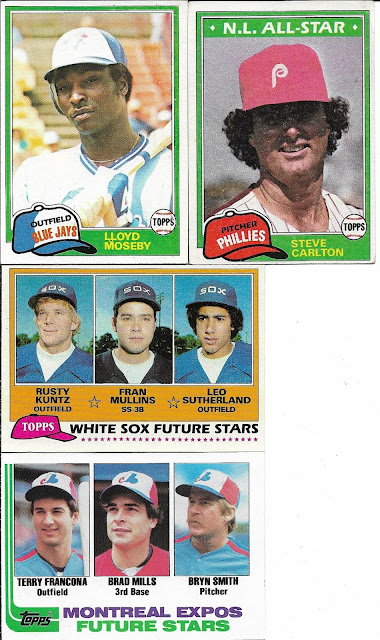 Both the '81 and '82 sets are winding their way to completion, I believe combined they are around 100 cards from being finished.  Still some star cards to pick up here and there, but it shouldn't be a major dent to my wallet to get these done.

Four more cards off of the '79 want list takes that set below 80 cards needed to complete.  Need both the Ozzie Smith RC and the Nolan Ryan cards on that group, so that's a big maybe to see this complete by the end of the year.  And yes, the George Foster card is quite a bit off center,  you're not seeing things. 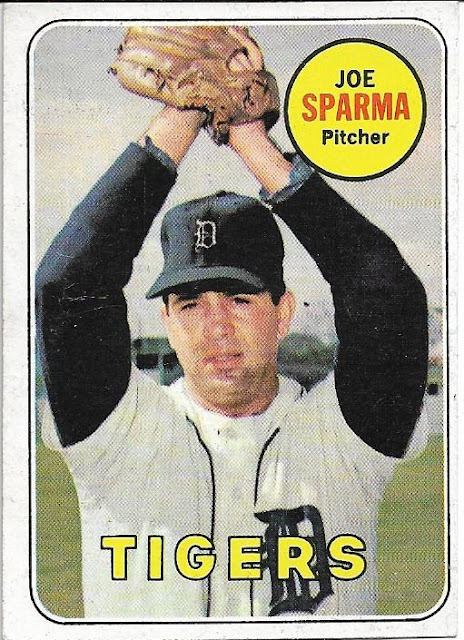 The lone wolf from the '69 set, Joe Sparma of the Tigers.  Just 10 more cards to reach the 200 mark.   Not a big priority at the moment however. 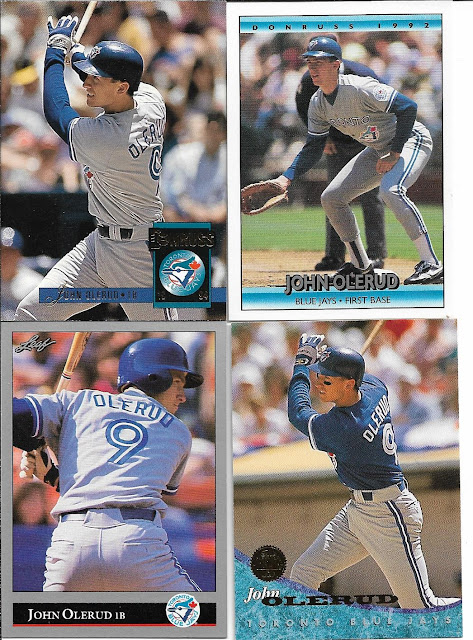 Four more cards for the Olerud collection.  Every time I write one of these posts, and see all the Blue Jays cards that I've added to the sets and player collections, I often wonder if I should just have poached my Jays collection to reduce these lists.  I'm glad that I didn't...

Thank you to both Jim and Edward for the trades, the cards are really appreciated!!

Robert
Posted by Robert at 9:10 PM