I had mentioned in my post last Sunday about getting one card closer to the '81 Topps set, and the next day I received an email from long time blogger Adam who mentioned that he had a bunch of cards that he could send my way, along with some '78s as well.

This certainly was a fun envelope to go through, as you'll see in a few seconds.   There's 11 scans coming your way.... 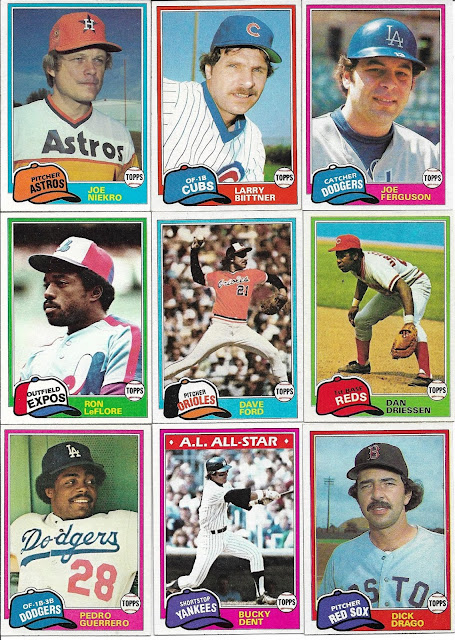 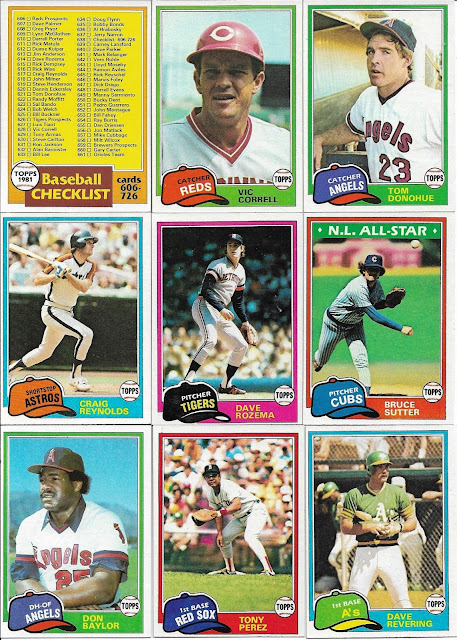 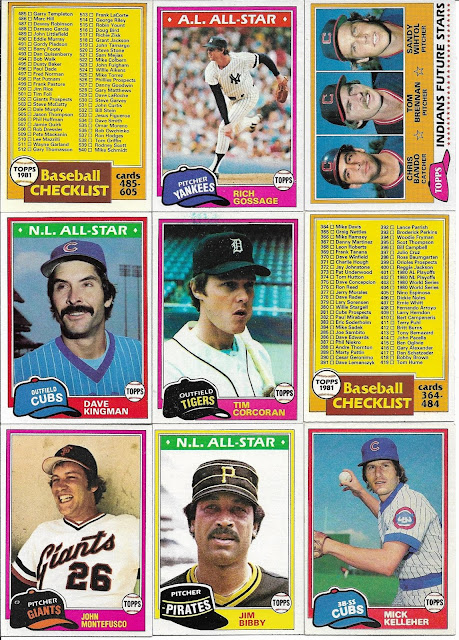 Apparently, most of the cards I had on my '81T want lists were checklists.  There's 3 already.  As you can see, it's not just commons he sent my way, there's some star power as well. 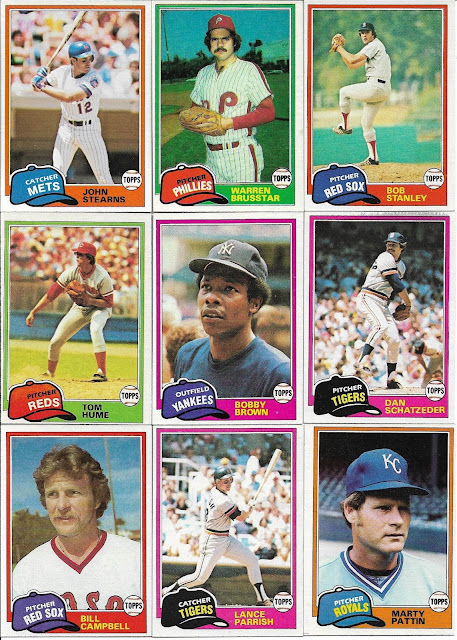 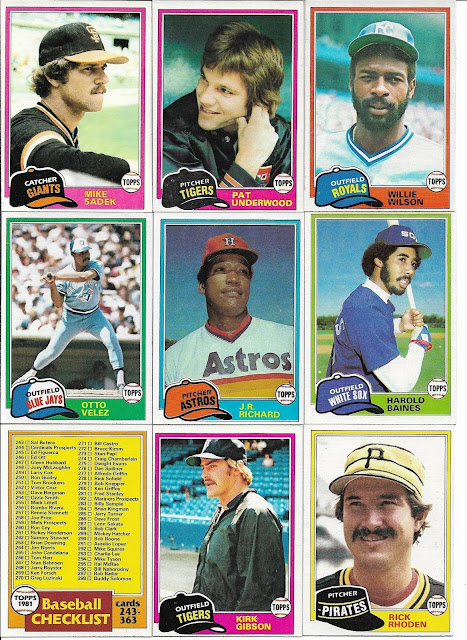 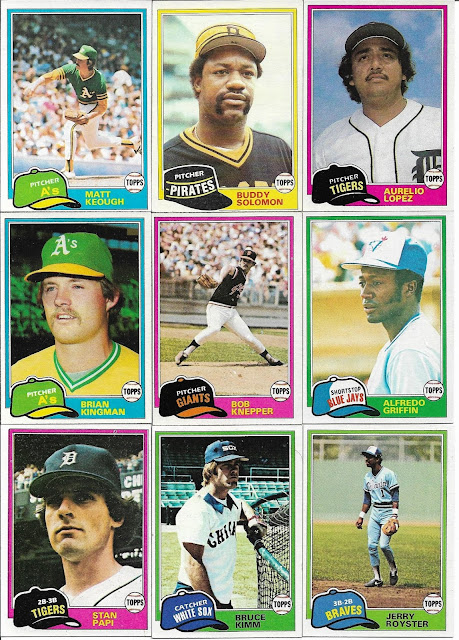 The middle of these 3 scans is the key one, featuring both the Gibson and Baines RCs!  Nothing cheap about this big batch of cards.  Oh, and checklist #4 as well. 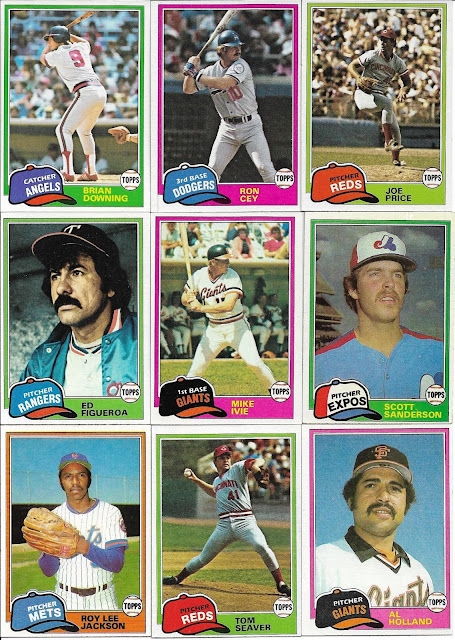 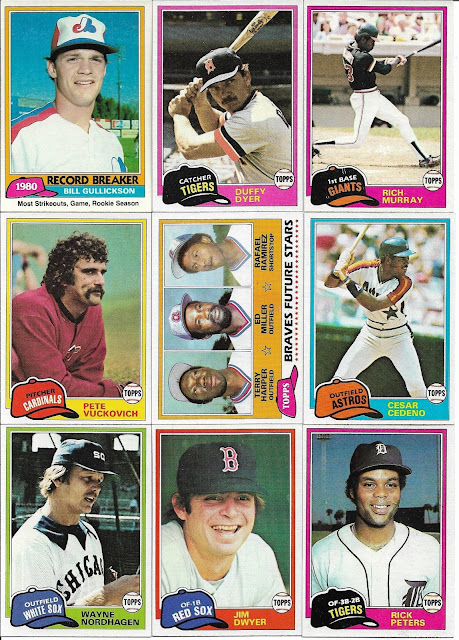 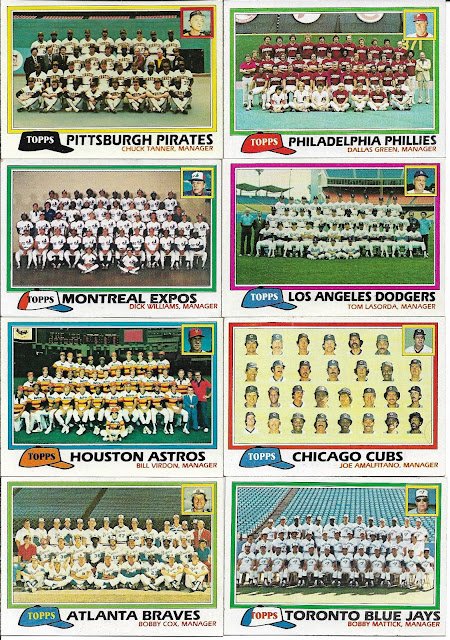 More checklists, although now we have the team variety.  A dozen of these arrived as well.  Interesting that they couldn't get the Cubs together for a team photo, so they all just got their heads on the card instead. 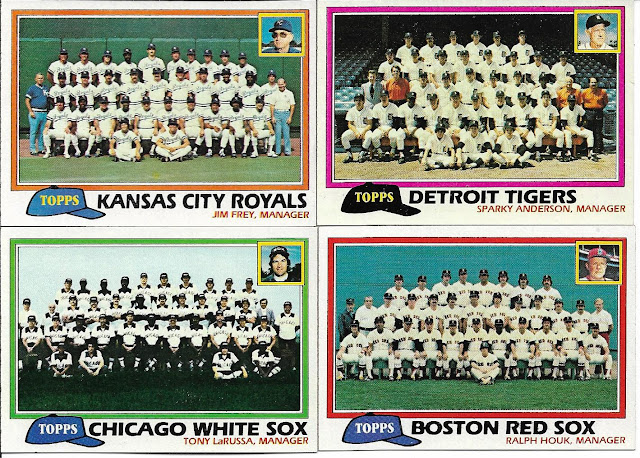 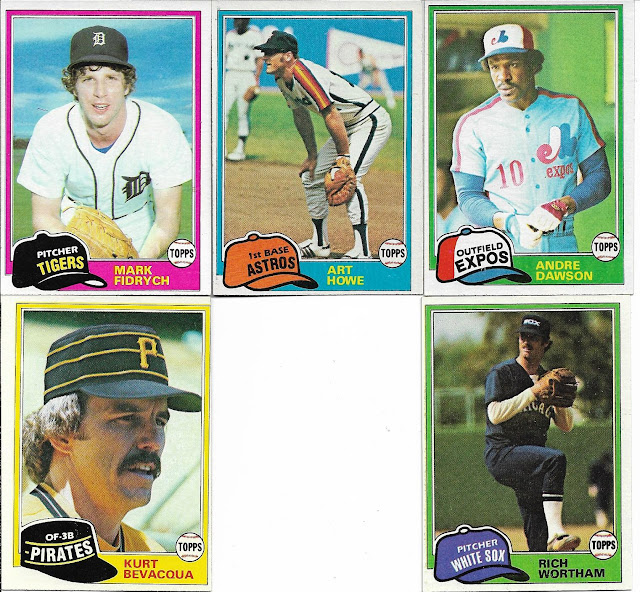 The last scan has both a bird and a hawk in it.  I'm guessing the Art Howe photo was taken during spring training, because home whites and outdoors back in 1980 weren't a thing for the Astros.

Lots of black and white White Sox uniform shots on the scans.   Both different colors of the Pirates hat on display (black and gold).

When I took a quick glance at the Bobby Brown card, I thought the picture was of Dwight Gooden.

Never knew that Bucky Dent made an All-Star team.  I thought he was famous only for his HR against the Red Sox.  Saw Don Baylor's card and was reminded that he left this Earth way too soon.

Don't remember Al Holland as a Giant.   Loved seeing cards of Tom Seaver, Pedro Guerrero and Ron Cey.  Ron LeFlore could run...455 stolen bases in just 9 seasons.  This was the only season that Topps released a card of him as an Expo (he actually had 3 in the 1981 set), while OPC had updated his 1980 card to show that he was on the Expos but featured him in his Tigers uniform.

This fantastic group of cards turned '81 Topps from a maybe I'll finish this year to a "better get it done this year" status.  Just 46 cards left to go to finish this up, and I bought 8 of those this morning on COMC.

Tomorrow, the other half of Adam's envelope...