The same, only different

I guess that I could have posted all the cards that I've shown over the past couple of days on the same post as tonight's, but I really am trying to keep a steady flow of posts.   It doesn't hurt when you have just over a half dozen trade envelopes arrive on your doorstep in a 2 day period.  It's more hockey today as these two envelopes also knock down some OPC want lists.  One old, and one not as old. 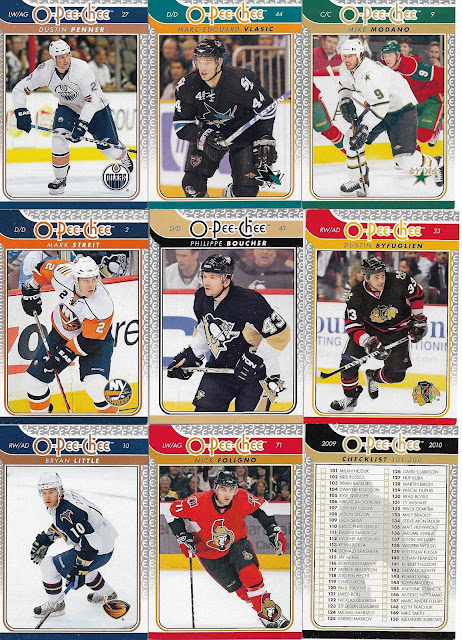 3 time trade partner, and fellow blogger Joseph (TCDB ID: CrazieJoe) sent me a page worth of OPC cards, nearly getting me to the halfway point of this set.  The trade market has been the biggest source of cards for this set, as I may have had only a dozen or so when I put this set up on the site as one to build.  Up to 278 out of the 600 for the set, so we're doing all right.  Joseph also sent me another card for my Keith Tkachuk collection: 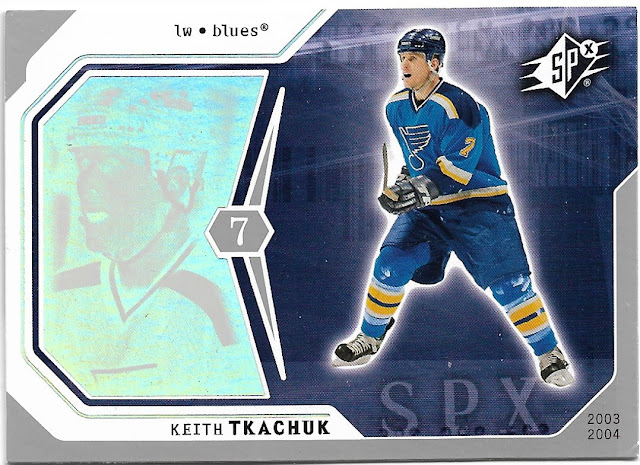 Very nice looking card, and it helps that UD put the year of manufacture on the front of the card, as often times it's very hard to see it when it's on the back. 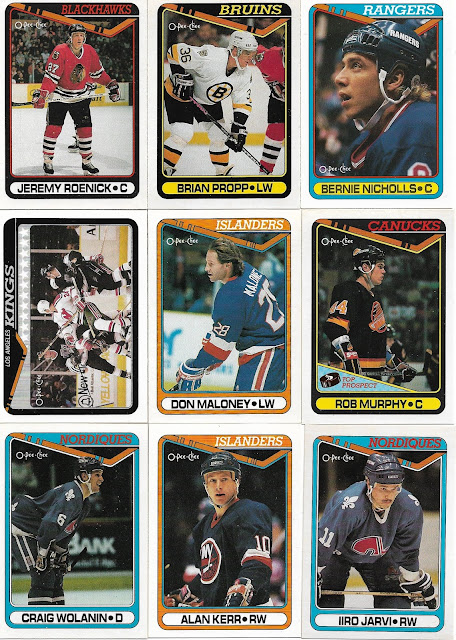 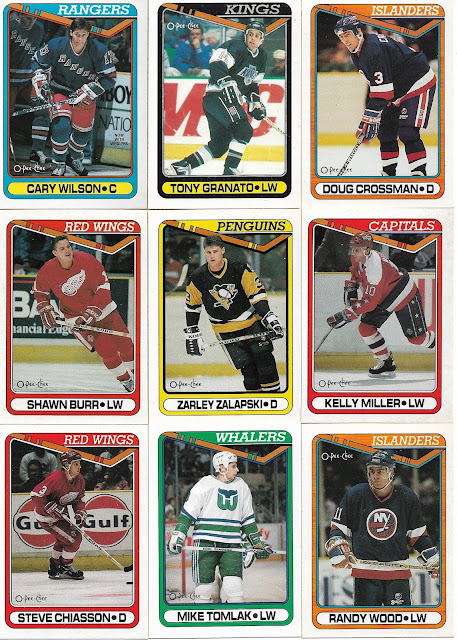 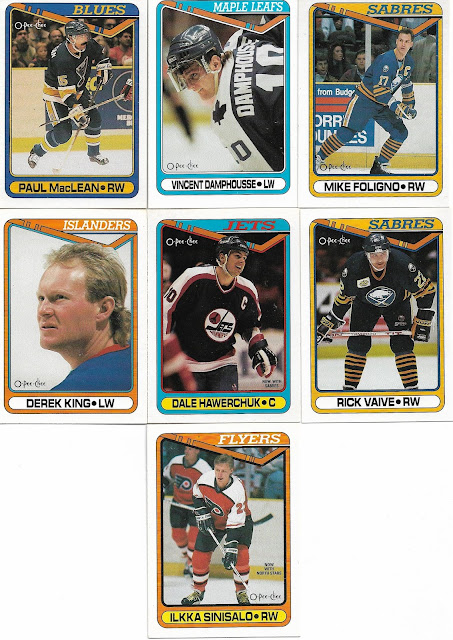 25 cards off of this set's want list make this another set that's completable by the end of the year.  71 cards is not a whole lot for a set that doesn't have any cards that are high value. 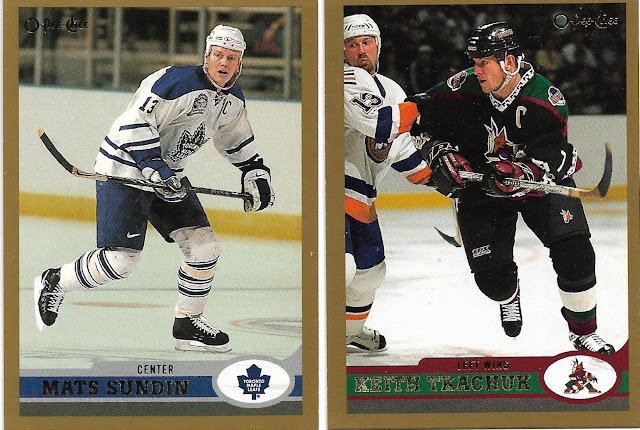 These are the other two cards I received from another repeat trade partner, Andy (TCDB ID: andyroy3) who I'm sure was glad to unload all these cards for a few inserts and base cards from the 08-09 season.  As you can see, I still haven't figured out the new computer and scanner combo, as I keep cutting off the top of cards on my scans.  Practice makes perfect.

What has been great lately is that I've been able to knock off a lot of wants for my player collections as well.  It hasn't just been one or two of the ten, it's been most of them that have had cards added, which is great!!

With all the trades coming in, these posts are pretty much all the same, only different.