Leave it to me, a person who loves cheap cards (who doesn't?) to find a seller on twitter with the handle Cheap Cards.  Joe holds sales usually Thursday through Saturday evenings, and I've been able to find a few cards here and there to add to my various collections.

Especially cheap serial #'d cards.  That's what Saturdays are about on the blog, right?

This week I have 5 more cards that I was able to add to the #'d/99 collection, all of which were purchased for less than the designated $2.50 ceiling. 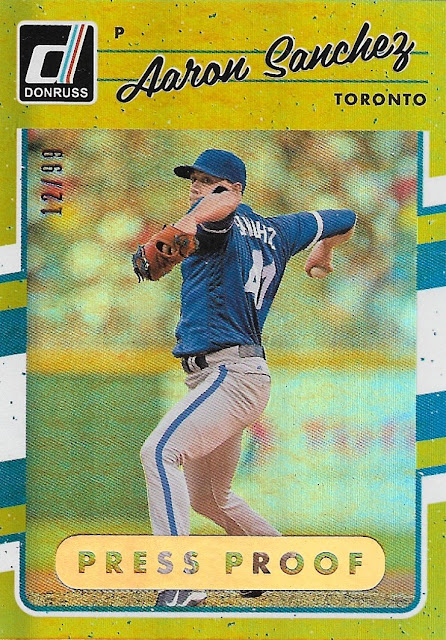 I'm likely not going to find a lot of the current youthful Blue Jays squad #'d to 99 for less than $2.50, so I made do with this Aaron Sanchez gold press proof card for $2.  This scanned out pretty nice if you ask me... 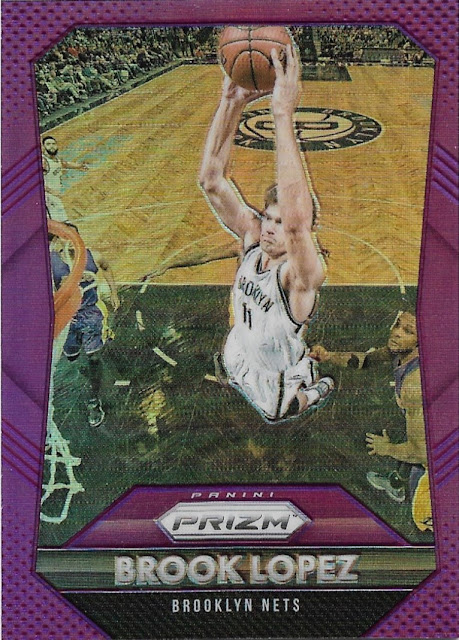 My biggest fear about adding basketball cards to this collection is finding guys whose names I knew.  This post features 3 cards of guys who I do know, starting with this Brook Lopez purple Prizm from back in 2015-16.  Love how the purple looks and scans, and for $1 how could I go wrong. 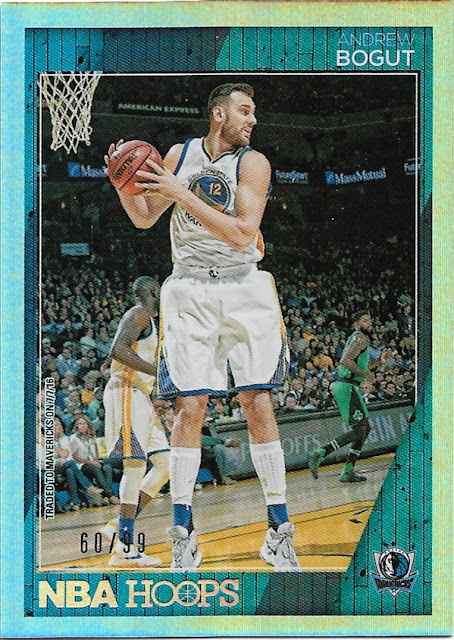 I don't know much about him, but I do know the name Andrew Bogut, and similar to the two previous cards, this card scanned really well.  Doesn't hurt that there's the old fashioned "Traded to Mavericks" tagline on the card. 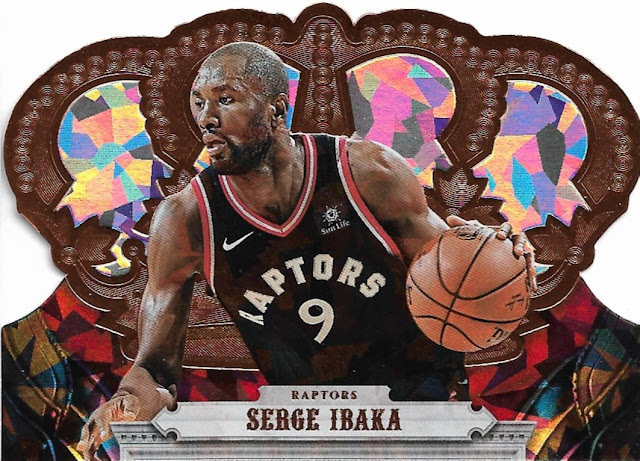 I will admit that my basketball curiosity started up again at the end of last season while the Raptors were making their run to the NBA title.  I had heard about the DeRozan for Kawhi Leonard trade the previous summer and that the Raptors had a good shot at winning it all.  I'd never heard of Serge Ibaka previously, but it appears that he's a vital part of the Raptor machine averaging 15 pts and 8 rebounds a game last year.

This Crown Royal card also had a great scan to it, and is the only cards that featured the serial number on the back... 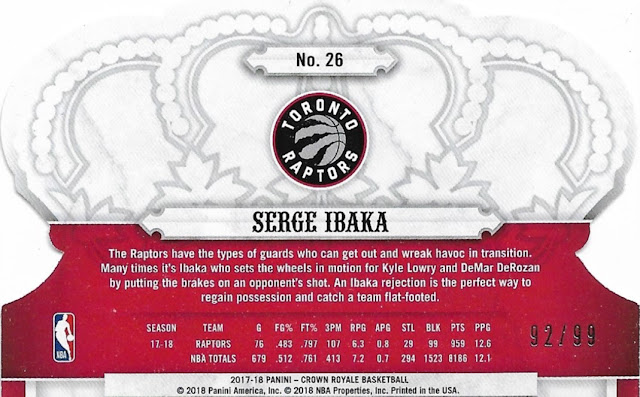 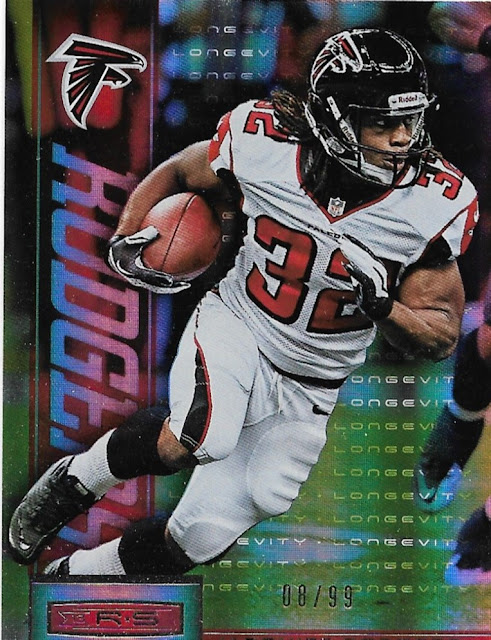 Finally, the last card of this week's additions to the collection is a name I remember, but hadn't heard in quite a while, Jacquizz Rodgers of the Atlanta Falcons.  He didn't do too bad for a 5'6" RB, lasting 8 years in the NFL mostly as a depth performer.  This 2013 Rookies and Stars Longevity parallel also scanned well, with the serial number at the bottom clearly visible.

Finally this week, this next card doesn't fit the #'d to 99 set, but is a nice add for the Larry Fitzgerald collection. 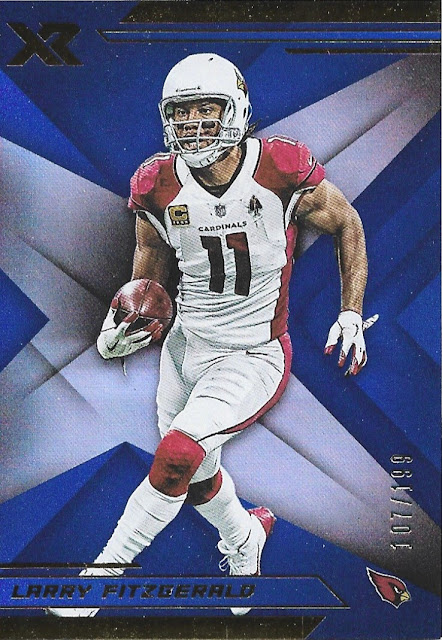 $10 for this lot is a great deal as far as I'm concerned, and Joe's shipping is very fair priced and he doesn't skimp on the packaging as well.  So far he might be the best twitter shipper I've come across to date.