A big run of trades came in this past week.  7 envelopes in total, which is probably the best run I've had in the 14 months that I've been trading seriously on the TCDB website.  3 of the envelopes were light, containing just two cards each.  All of them were quite good though.

First up was a 2 for 1 deal with repeat trade partner Colin (TCDB ID: nwcardsupplies).  I sent off a Didi Gregorius card and got a couple of base cards for a couple of player collections. 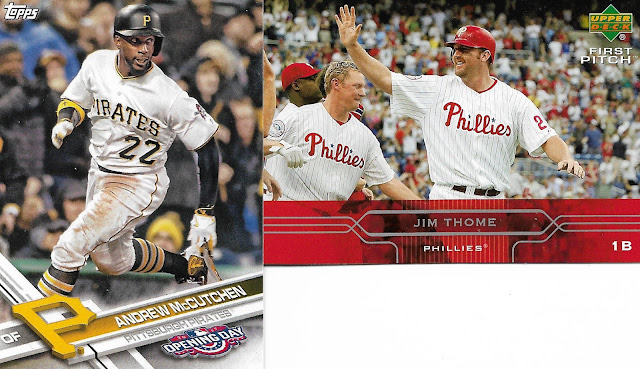 I've had a pretty good run over the past 2-3 months since I've put my Jim Thome collection/want list on the site, adding a great deal of base cards in trades so far.  The Andrew McCutchen collection is still gaining ground, as that's well over the 200 card mark now.   Both of these collections still have a lot of base and minor inserts/parallels needed so those numbers should climb as the summer goes along. 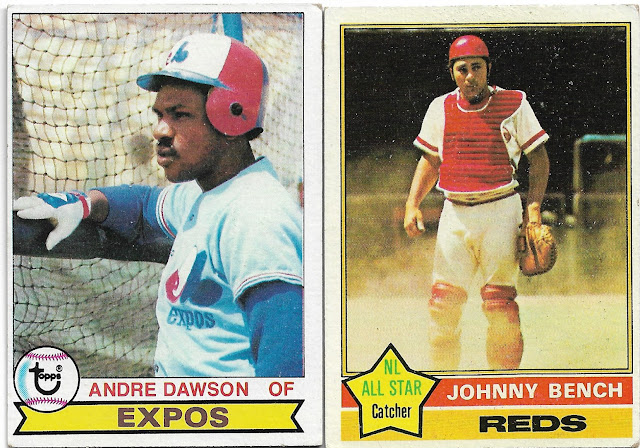 I made a 4 for 2 trade with new trade partner Shane (TCDB ID: obxyankeefan), knocking a couple of star cards off of the '79 and '76 Topps want lists.  Shane was a great communicator, asking me to wait a few days until he pulled the Johnny Bench card and was able to give me an idea of the condition.  Honest all the way, and the cards arrived promptly as well.

With a few purchases on COMC, and the Bench card you see above, my '76 want list now stands at 13 cards.  The '79 set is only missing the Ozzie Smith RC, so once I find a nice copy at a decent price, that set will be complete. 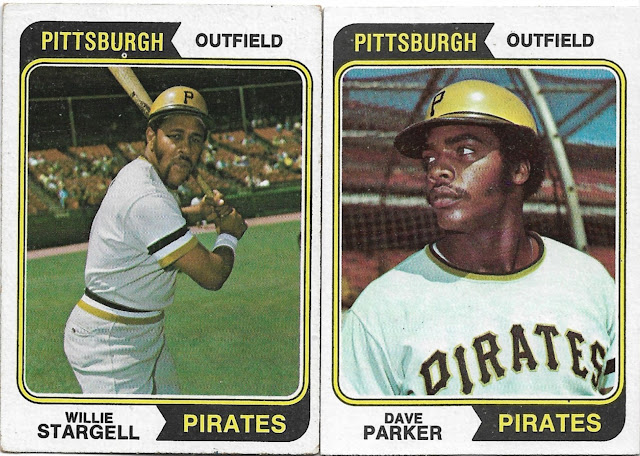 This trade was the most surprising as I was only expecting the Willie Stargell card on the left from Andy (TCDB ID: BrewerAndy).  I was kind of absentmindedly taking the Stargell card out of the Card Saver inside the envelope, when I realized that the Dave Parker card was also inside.  Needless to say, that was a wow moment!

The '74 want list still is in the 80+ range, but finishing this one is a few sets away.  It's nice now though that I have both the Parker RC in hand, and the Winfield RC on its way via COMC.

Thank you to all 3 traders, great stuff filled my mailbox this week!!

Robert
Posted by Robert at 1:00 PM