I finally did it this week.  Started the long road to getting all the Jays cards I have sorted by year.  The previous spreadsheet I was using was just not doing the trick, so I found a template, changed the column titles and started the process to cataloging the several thousand cards of Blue Jays that I've amassed over the past few years.

It'll probably take a while, but along the way I plan to post a few Jays cards when I hit milestones, such as every 100 or 200 cards.

Cards such as these: 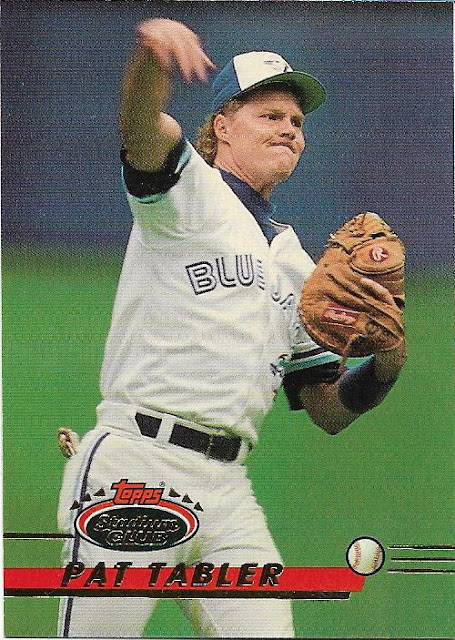 Those who watch Blue Jays telecasts on Sportsnet will know Pat Tabler, who has been doing color for quite a few years now.  The first thing that caught my eye on this card?  The catchers glove.  Off to Baseball reference I go and find out that Pat never caught even an inning behind the dish.   Hats off to the photographer that caught this on film and to Topps for putting this on his '93 Stadium Club card.

Check out these Roberto Osuna cards comparing the before and after... 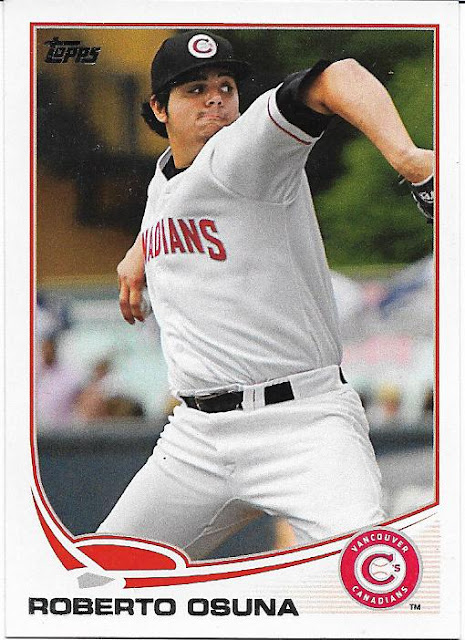 2013 Topps minor league card #132.  Looks like he has a few extra pounds on his frame compared to this next card. 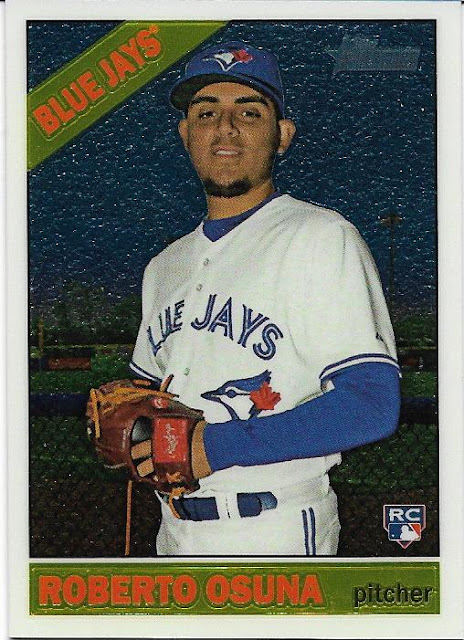 I would say a 30 pound difference just by the photos alone.  I also wasn't aware until this evening that Roberto is the nephew of 11 year MLB veteran Antonio Osuna, who played between 1995-2005 with the Dodgers, White Sox, Nationals, Yankees and Padres.  I hope that the Jays have him for their closer for at least the next decade and his arm stays healthy.

Needless to say, my pursuit of all Blue Jays has been helped greatly over the nearly 6 years of this blog by a lot of people in the blogosphere.  Dozens and dozens of envelopes, some from trades, some just from sheer generosity have graced my mailbox.   I've also received a few boxes here and there stuffed with mounds of cards.

The latest box that I was fortunate to receive was from Doug at the Sportscards from the Dollar Store blog, a regular sender of some great cards.  This box was no different as there was over 100 cards from various want lists.  Today I'm going to show off the Jays portion, which I will add to my spreadsheet right after this post. 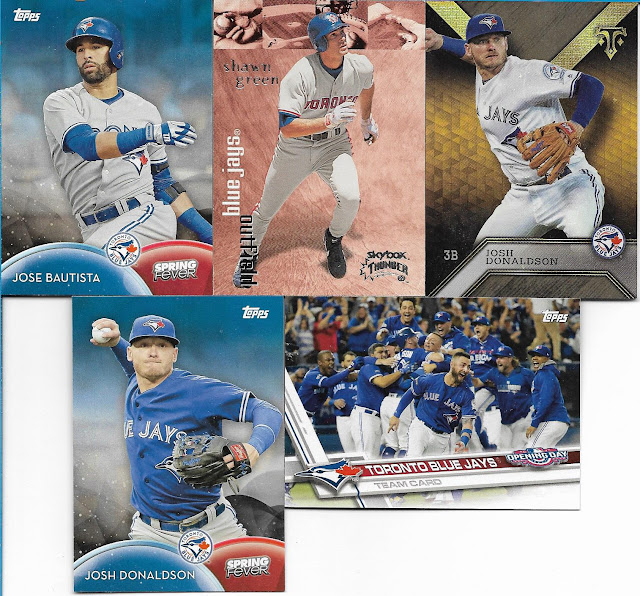 Seeing these cards reminded me that I still have a lot of want lists to add to the Blue Jays page.  The Triple Threads card of Josh Donaldson is one reminder.  The Spring Fever and Jays team card also remind me that I need to add Opening Day sets to the want list.  The Shawn Green Skybox Thunder card was the only card that I could actually remove from the long list of needed card numbers. 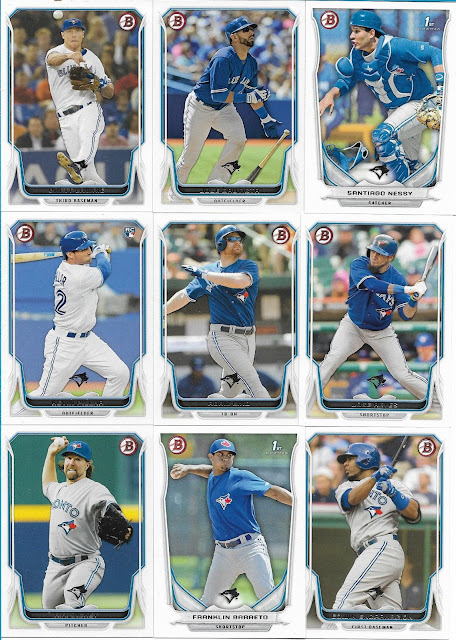 To be honest, I don't have any idea whether I have any 2014 Bowman Jays in my collection.  I definitely know that I didn't have  a want list up for these, so I'll see as I go along whether these are doubles or cards that I actually needed.

I'm hoping to spend 15 minutes an evening trying to type out all these cards onto the spreadsheet.  Might take a month or 3, but what I'm hoping to have in the end is a list of every card that I own, and whether I have 1 copy or multiple copies of each.  While I'm adding them, I'll be sorting them by season and by set, hopefully making it easier to find a card or cards that I'm looking for.

By the way, the cards you see above represent roughly 10% of the box that I was sent.  The rest of the cards put a major dent into the SNI hockey set.  You'll see on my next post about 80 serial numbered hockey cards that Doug was very generous to send me.

It'll probably take me more than 15 minutes just to scan them...

Thanks for reading, Robert
Posted by Robert at 9:03 PM