1453: I've said it before, people collect some great stuff

Remember about 2 months ago, I tortured a bunch of people into writing 100 word posts so I could send them five cards?  Yea, I'm sure about 20 of you do...

Well, I learned a lot from that little exercise, the main thing being that collectors collect a lot of great stuff.

I learned a little more about a couple of collectors this past week in celebrating my 1500th post.  Both Don and Nick sent me lists of cards that they wanted for their COMC store credit.   It was interesting to say the least to see what they were after. 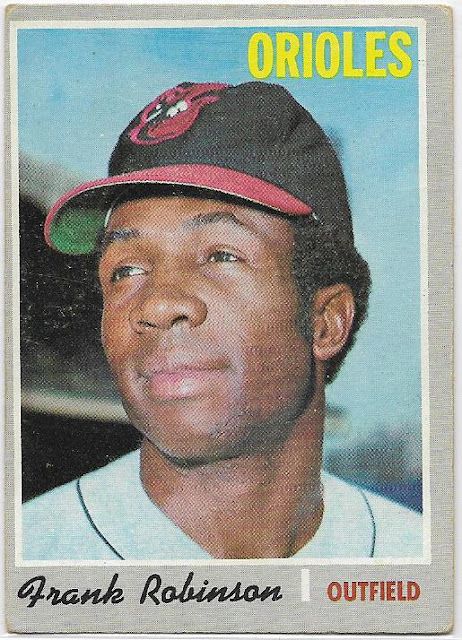 According to Don's email (if I read it correctly), this Frank Robinson card finishes off Don's 1970 Topps set.  Congratulations Don! 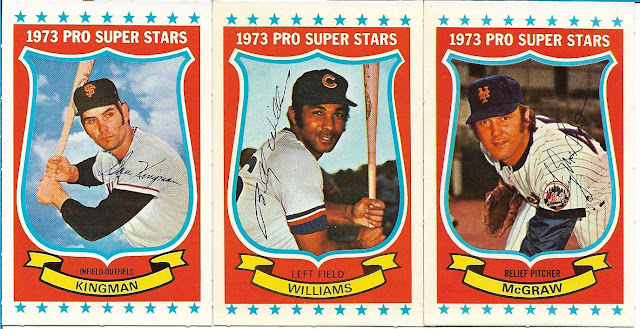 Now, I didn't want to give away the entire envelope for Nick, but I figured showing off these 3 '73 Kellogg's Pro Super Stars cards couldn't hurt.  I'm hoping that the purveyor of the Dime Boxes will take the time to show off the envelope he's getting on his blog, because there are some cool cards in there (and not all of them baseball!).

Needless to say, I added some extra credit for myself to buy some cards during the spring cleaning promotion.  I bought cards for 3 of my PC's and still have quite a bit of credit to play with for some future needs. 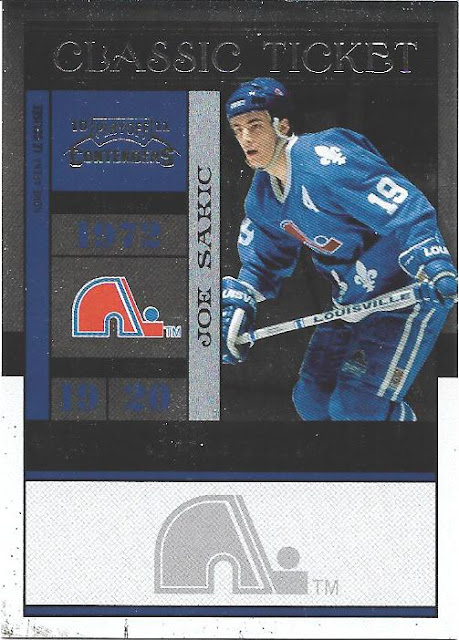 Playoff contenders is a product that I'd never buy a pack of.  Never had any interest in it.  But adding the cards to my player collections is a no brainer.  This is one of 5 cards I added to my Joe Sakic collection, which I believe is closing in on 600 if it isn't there already. 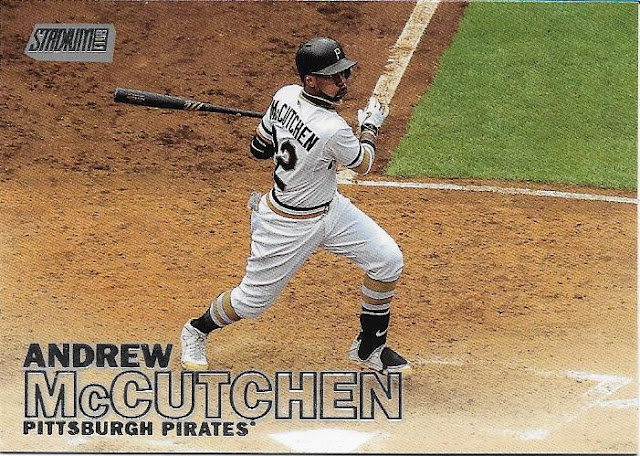 Love this card.  Can't mince words here, this card is a fabulous photo of Andrew McCutchen post swing.  Same as Playoff Contenders, Stadium Club is a product I never bought many packs of over the years, but adding cards to the PC's from this product is easy. 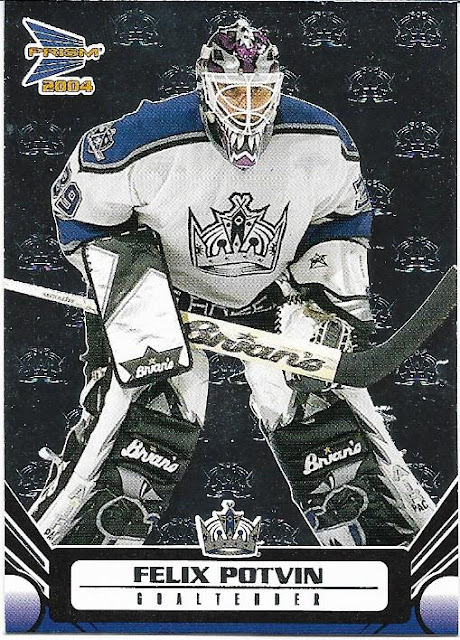 Felix Potvin is one PC that I would really like to build up a bit as I currently only have about 40 cards of his.  I bought 4 on this last order, with this 2003-04 Pacific Prizm card being the one that stands out the most.   The only thing that could have made it better is if Felix was still in a Leafs jersey at the time.

I've been pondering hitting a few want lists again by grabbing a handful of cards off of COMC and sending them out as a surprise.  Learning what people collect has been great so far and I'm looking to learn some more...

Thanks for reading, Robert
Posted by Robert at 9:44 PM