Kerry from the Cards on Cards blog is always good to hit any want list that is put in front of him.  Or maybe it's just my want lists that he has success with.   I don't know for sure, but an envelope that came my way recently from his neck of the woods was full of Blue Jays goodness that certainly made my want list a bit lighter.

Even with the X-Large setting for this scan, the cards still look like minis, don't they?  None of the 4 were in my collection before now.   Love the two Damaso Garcia stickers from the early 80's on the left, the Aaron Sanchez sticker is from this years release, and the Lloyd Moseby on the right I originally suspected to be one of the Topps Micro, but is in fact a sticker from 1987.   Great stuff 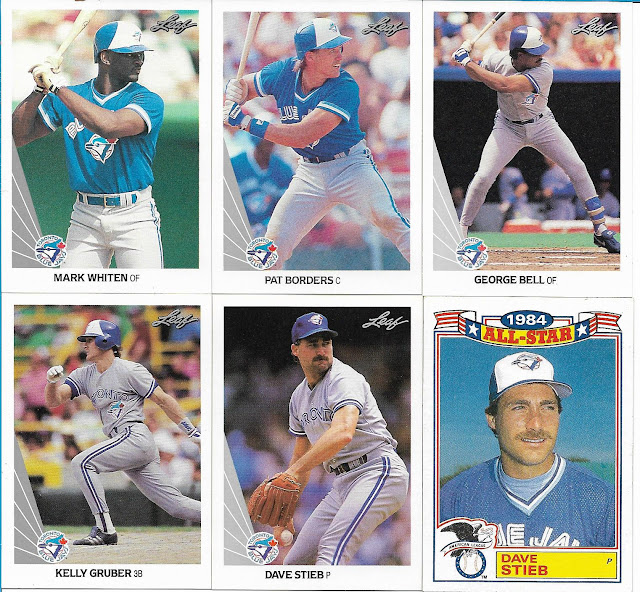 I was in shock when I looked at my '90 Leaf Jays want list, there was actually 8 cards on there before these 5 came my way.  Naturally, I'll need those 5 again for my set, so I'll have to hunt for those one day.  I had to check my have list to see if I had the '85 Topps All Star card for Dave Stieb, I didn't.  It's almost as if Kerry has psychic abilities.... 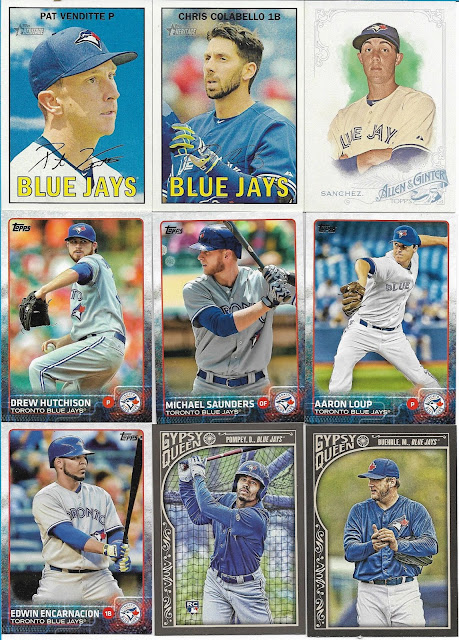 Not only did older wants go by the wayside, but newer release want lists were also damaged.  Love them all, the '16 Heritage, the '15 A&G (which I didn't even have a list up on the blog, but I'll take Kerry's word for it that it's needed), the 2015 Topps and Gypsy Queen also have fewer cards on their want lists as well.

Side note:  I was sad to Edwin Encarnacion go to Cleveland.  Very sad indeed.  But I don't blame him one bit.  He'll provide better numbers offensively than Napoli, and is also better defensively (although his GP at 1st last year was half of Napoli's).   I think Cleveland is even closer to the WS now with EE in their lineup. 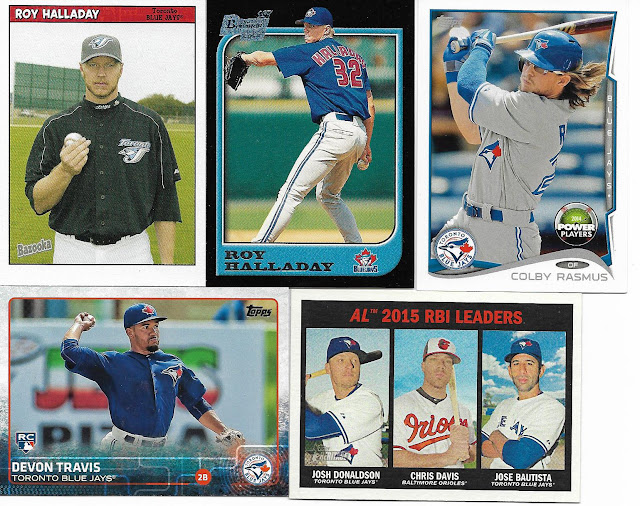 More hits on the want list, including the Power Players Colby Rasmus, who has since moved on to the Astros.  I got a kick out of the AL RBI leaders card, particularly the Jose Bautista portion.  Did Topps actually catch him 5 minutes after a shave?  I've never seen him that clean shaven...

All in all, a fantastic package from Kerry.   Thank you very much Kerry, the cards are greatly appreciated!

Thanks for reading, Robert
Posted by Robert at 3:40 PM