Card of the year? It's not baseball, and it's not hockey either

P-Town Tom has a contest going on right now for card of the year. I'm sure many of you thought I would select this card as my choice. 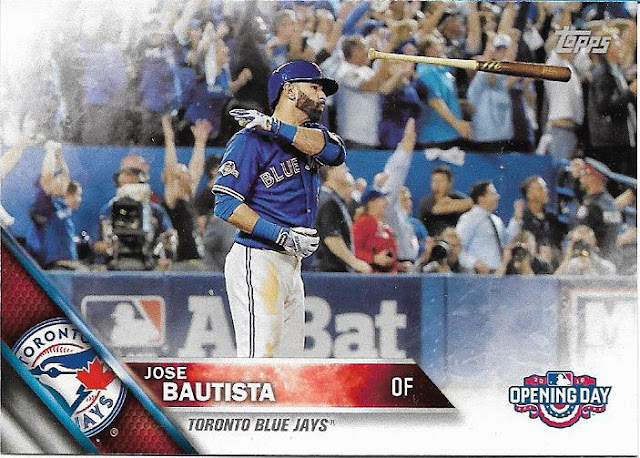 Sure, it's got the bat flip we all remember from the 2015 ALDS against the Texas Rangers.  But that's old news now.

I've seen this card on my desk daily for the past few weeks, and the geek/dork/nerd in me can't help but be enchanted by it. Sure, it might be just a shot of a mountain, but it is after all the tallest point on our planet.  The write up on the card back is what gets me stirred up.

As I've pointed out countless times on this blog, I've never been a big insert fan.  But this card for me takes the cake.  I have a computer/card room where the only thing on the wall is my Maple Leafs clock.  Maybe a giant version of this card in a frame might adorn the wall someday.

Yes, I do like the card that much.  It is my card of the year.

Thanks for reading, Robert
Posted by Robert at 10:41 PM