Serial Saturday #8: one and one

Pushing this post right close to the end of Saturday this week.  I have so many cards on my desk right now from so many of you that it's becoming sensory overload!!  HAVE!! TO!!  POST!!

So, to make a long post (story) short, I decided to go with one page of baseball, and one card of hockey SNI to at least get something out there.

Page 29 is up next for baseball: 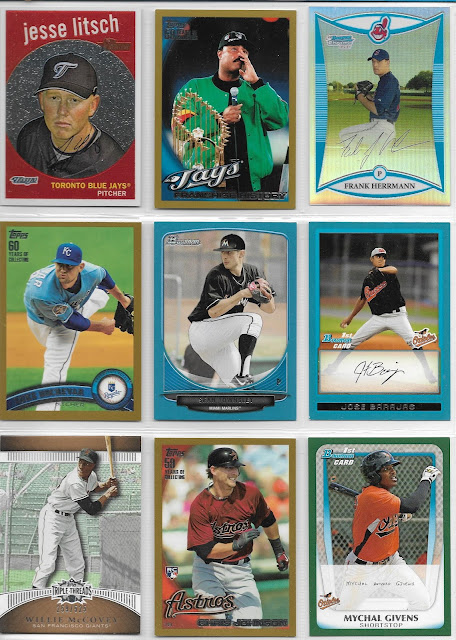 This page gets 3 teams to the double digit mark, Houston, KC and Miami.  Toronto becomes the 2nd team to hit the 15 card plateau (St. Louis was the first).   There were only 2 bloggers that contributed cards to this page; both Dennis of Too Many Verlanders and Jeroen of the Dutch Card Guy hit for a total of 5 cards on the page.  The other 4 were my responsibility, 2 from local card shows, 1 from eBay and one from the 2014 NSCC. 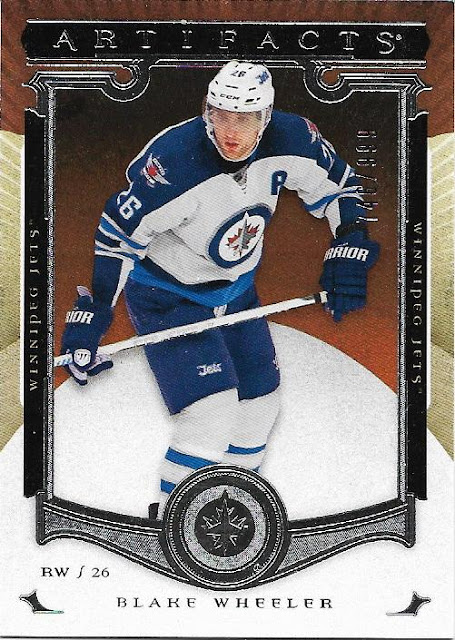 Tonight's hockey side of Serial Numbered Insanity is this Blake Wheeler card, another part of the Hockey Expo mailer from Doug of Sportscards from the Dollar Store fame.

I always thought that Wheeler was a Boston draft pick, but a quick bit of research showed me that he was actually the 5th overall pick in the 2004 entry draft by the Phoenix Coyotes.  He played 4 years for the Golden Gophers of Minnesota before signing with the B's in 2008.  2 years later they traded him to Atlanta, which is now the Winnipeg Jets.  That A you see on Blake's jersey is now a C, as he replaced the departed Andrew Ladd as the captain of the team.

This card is serial # 746, and is the first Jets card for the SNIH.  The only team left without a card featured on the blog?   Carolina.  What's even worse is I don't have any Hurricane serial #'d cards yet.
Oops...

Just 8 days until Christmas, do you have your shopping done yet??