Trying to keep on the roll of posts I've had going over the past week.  You know, actually contributing a little something to the blogosphere?

I decided to go through the small stack of serial numbered hockey cards I have to see if there were any that I hadn't posted yet.   Sure enough, I was able to find 5 more to show. 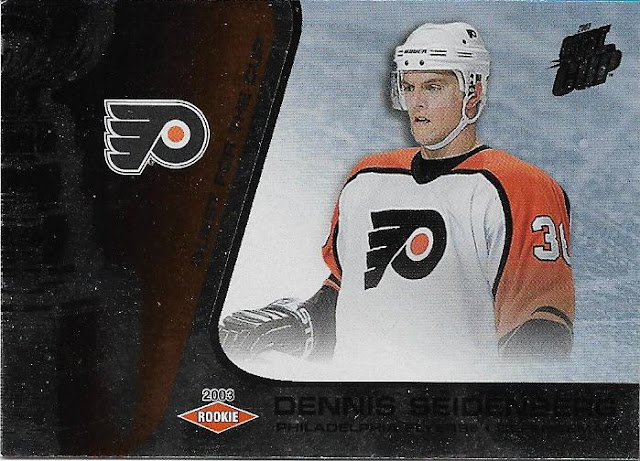 It was surprising that Dennis Seidenberg didn't have a NHL contract before the World Cup of Hockey in September.  Some solid play for team Europe got him a job with the Islanders.  This card features him as a rookie with the Flyers, something I barely even remember.  It's serial #'d 693/950, and is already the 5th card for Philly. 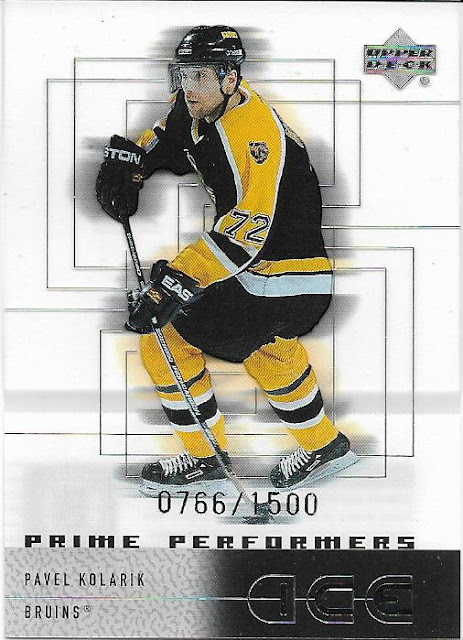 If you don't remember Pavel Kolarik, don't feel bad, because neither do I.   His NHL career lasted 23 games over two seasons for Boston in 2000-01 and 2001-02.  After leaving the NHL, he went back home to the Czech Republic and played 10 more seasons until age 40 for HC Slavia Praha.  As you can plainly see, the card is serial #'d 766. 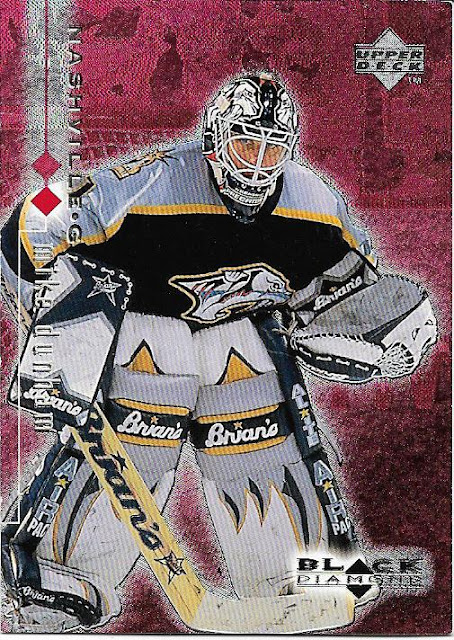 I had thought that Mike Dunham was originally a Nashville draft pick, but a little research reminded me that he was stuck in the goaltending logjam in New Jersey that was Martin Brodeur.  Turns out that Dunham was selected by the Predators in the expansion draft, and was their starting goalie for several seasons.  This 98/99 Black Diamond card is #'d 856/2000. Another of a large batch of 2002-03 Pacific Quest for the Cup numbered cards if the Dmitri Bykov card above.  Not unlike Kolarik above, Bykov's NHL career didn't last very long, just 71 games in the 02-03 season.  Dmitri would return home to Russia and play for several teams in the Russian Hockey League and the KHL until 2012-13.  Dmitri's card is numbered 918/950. 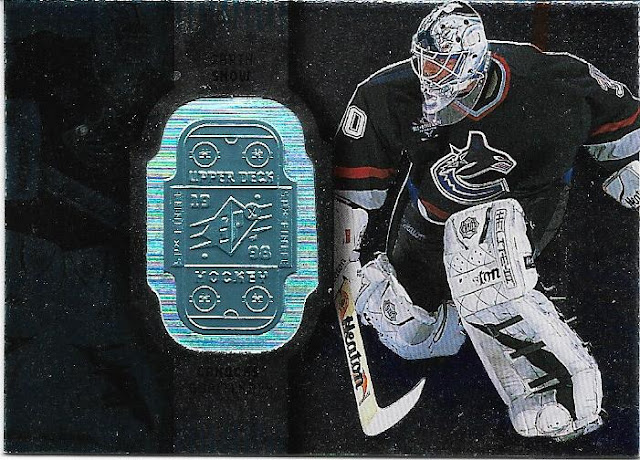 Last up, even though it's very hard to see is Upper Deck's attempt to serial number every card that they produced in a set, the 98-99 SPx Finite set.  Garth Snow was the backup goalie for a lot of teams during his career, only getting one real shot to be the man, which happened to be during the 98-99 season in Vancouver.  The Snow card is #'d 944/9500.

I believe that I only have a handful of cards left to show before I get my own Hockey Card Expo lot from Canada, courtesy of Doug from the Sportscards from the Dollar Store blog.   Doug seems determined to put a nice dent into the want list for this set.

thanks for reading, Robert
Posted by Robert at 7:00 PM