Serial Saturday #7: One more page and seeing a bit of red

Moving right along with the sea of serial numbered cards I've immersed myself in, this post is going to be a combination of both the baseball and hockey sets that I've got going.

Since I'm combining the two on this post, I'm going to stick with just one baseball page again.  Makes things a little easier to type, and to read (for those who do).  So, without further adieu, page 27 is here for your viewing pleasure. 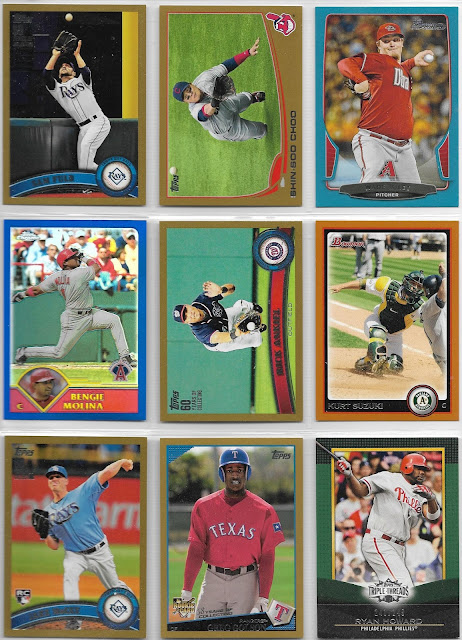 The only real outlier in terms of older serial numbered cards is the Bengie Molina Topps Chrome from 2003, otherwise all the others were anywhere from 09-13.  The usual suspects were responsible for this page, Night Owl, Max from Starting Nine, Ted from Crinkly Wrappers, and AJ from the Lost Collector.  I was responsible for 5 of the 9 cards (believe it or not), as I picked up 1 from ebay, 1 from a local card show, and 3 others from 2 different NSCC shows.  How about that!

Moving on to the hockey side, I grabbed 3 cards off of the pile that Doug from Sportscards from the Dollar Store sent me to show off today.  You'll see why I'm seeing a bit of red here shortly... 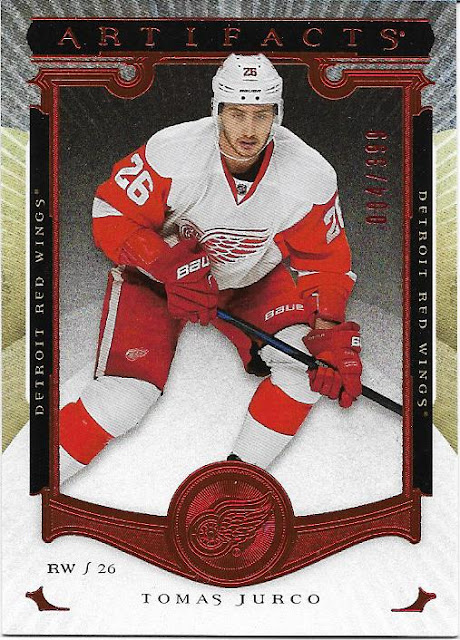 In contrast to last night's rookie showcase, today's cards feature players with a little more footing in the NHL.  Tomas Jurco, the Red Wings 2nd rd pick in the 2011 NHL draft is a regular with the club.  He will be coming back to the Wings shortly after recovering from back surgery which kept him out for 6 months.   This card is from the 14-15 Artifacts set, and covers the Red Wings portion of a card among the 1st 100 serial #'s, being numbered 4/399 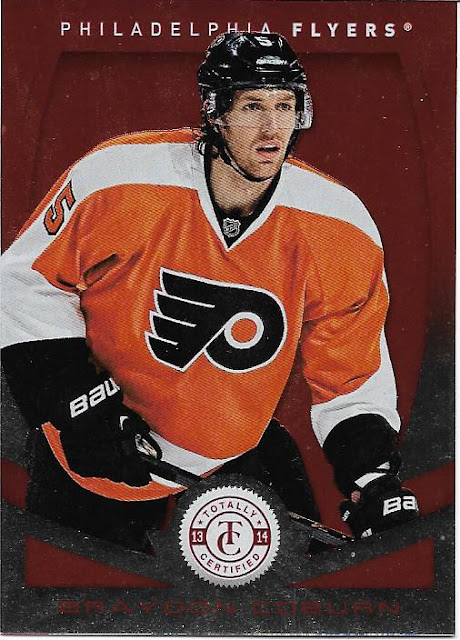 Panini makes an appearance on the post with this 13-14 Totally Certified card of Braydon Coburn, then of the Philadelphia Flyers.  Braydon has been in the NHL for quite a while, since becoming the 1st round pick of the Atlanta Thrashers in 2003.  He has 720 NHL games to his credit, and is in his 3rd season in Tampa Bay.  This card is serial #'d 6/100 and just happens to be the 6th card already shown with the winged P as the crest. 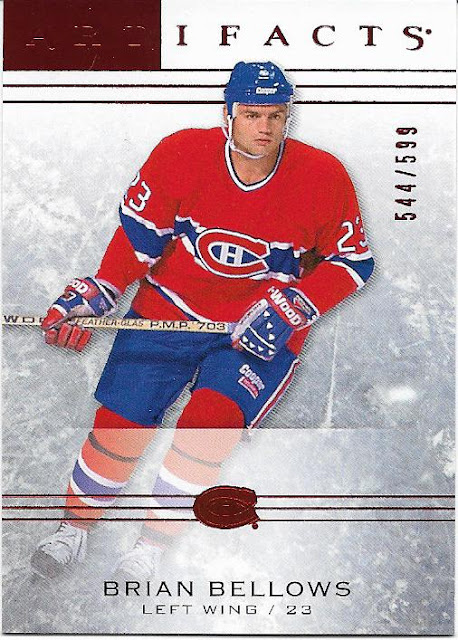 Brian Bellows was a player I despised as a Leafs fan in the 80's and 90's.  Everywhere it seemed he played, he scored big goals against the blue and white.  Over the years, he was a 3x all star, and was part of the 1993 Stanley Cup championship team with the Canadiens.  His son Kieffer Bellows was drafted in the 1st round this past summer by the Islanders with the 19th pick.

That's a fair bit of red on those 3 cards, but they're great none the less.  Thank you again Doug!

Thanks for reading, Robert
Posted by Robert at 10:57 AM