Fellow hockey collectors are few and far between, and when they leave the blogosphere for a while, well let's just say you have to travel awhile before you find another puck proponent.

So when Trevor from the Supporting the Minnow blog dropped an email on me a few weeks back, I was both surprised and happy to see him back at it.  Trevor mentioned he had a few cards for me, asked for my address and told me to expect something in the mail.

I surely didn't expect what was coming.

My recent updating of my want list was largely to get my ass started, because I had procrastinated forever about getting want lists up for sets that I really wanted to chase.  Trevor saw this as a challenge for him instead...

This post will only contain 5 cards, the briefest of hits from 3 different want lists.

Let's start with a fellow I don't show often on this blog anymore, because he's one of the major players on my PC collection blog, Joe Sakic. 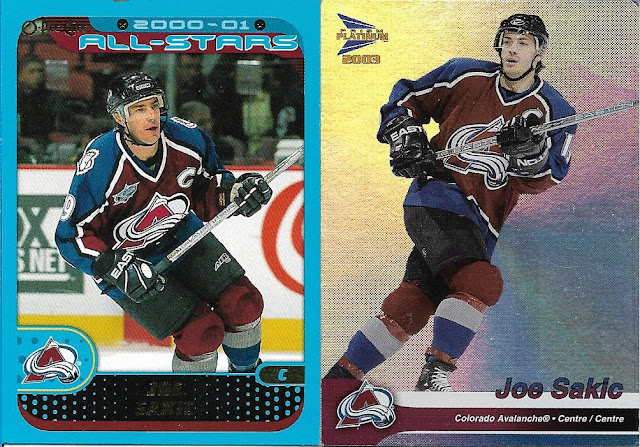 Need 'em both!  Seeing as I'm a long way away from having my entire Joe Sakic collection posted on the PC blog, sending me these two was kind of a shot in the dark.  Thankfully, both were needed.  The Sakic on the right is from the McDonald's release in 2002-03, while the blue bordered beauty on the left is the O-Pee-Chee parallel from 01-02 Topps.  Great stuff. 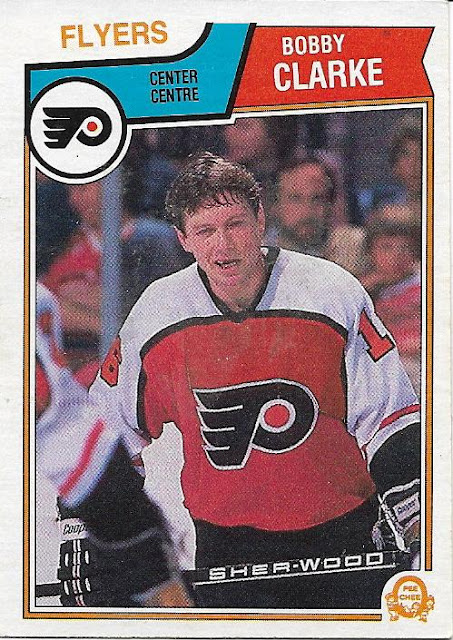 That might be one of the worst pictures on a hockey card ever, but I still love this card.  It just reminds me of what Bobby Clarke was as a hockey player, tough, hard working and fearless (no helmet).

Trevor also knocked off two more numbers from the SNI Hockey set.  Both of these are 2012-13 O-Pee-Chee black rainbow cards, serial #'d /100. 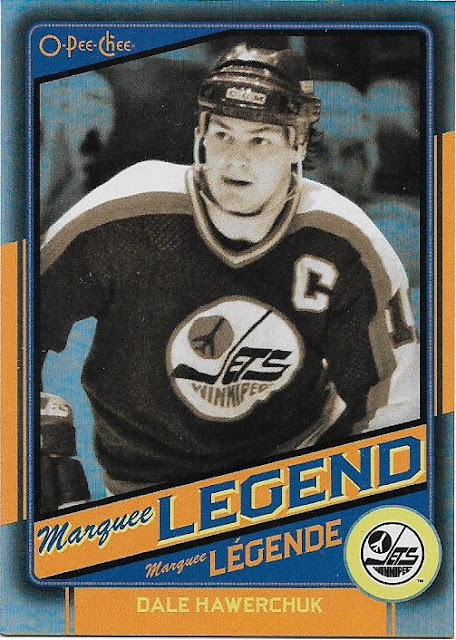 The face of the Jets franchise for almost a decade, Dale Hawerchuk was the 1st overall pick in the '81 draft from the Cornwall Royals junior team.  183 points in a 72 game season will get you noticed.  He was involved in one of the biggest deals of the early 90's, going to Buffalo for a trio of players that included Phil Housley, and Buffalo's 1st rd draft pick which the Jets used to draft Keith Tkachuk.  This card is serial #73, and not only gets the Jets on the board, but knocks them off the list of teams that need a card that is #'d below 100. 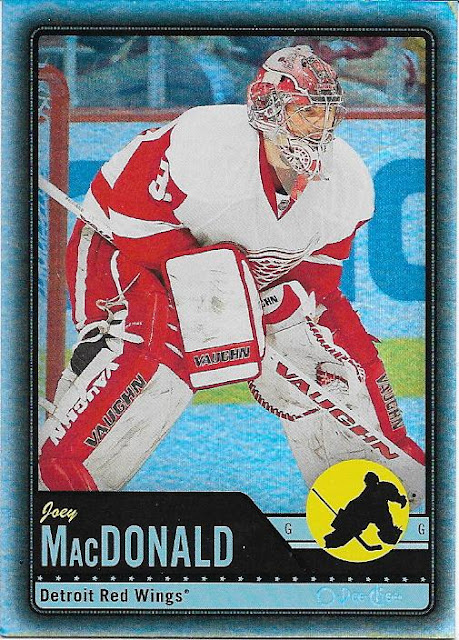 Joey MacDonald bounced around the NHL, playing with 5 different teams over a 8 year career.  He is now currently playing in the German Hockey League with the Schwenninger Wild Wings, located in southwestern Germany.  This card is serial #'d 8/100, and is the 2nd single digit serial numbered card for the Red Wings.

Some great stuff so far, but there's plenty more to come from Trevor's bounty.   Thank you Trevor!