I mentioned yesterday about the envelope that Trevor from Supporting the Minnow sent my way last week.  Another part of the goodies inside was a small group of 9 cards from the 1980 Topps set.

What was interesting for me is that 7 of the 9 cards were team checklists.  Back then, they included a team photo on the front.  Something that a lot of us miss, myself included.

I decided for this post to show 6 of the 7 cards (left the Indians out, sorry Tribe fans), 3 AL teams (at the time) and 3 NL teams.

Let's start with the White Sox, shall we? 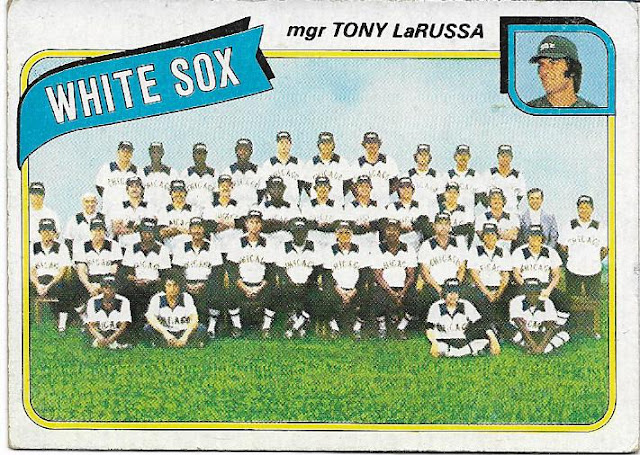 Remember the collars!!??  Wow, and the shorts as well (not shown here).  These unis might be just as old school as it gets.  Take a look here at the road uniforms that the White Sox wore during the '77 season in the Blue Jays first game ever.  The solid black doesn't look all that bad really.  Tony LaRussa had just taken over the club towards the end of the '79 season, and would manage them until 1986 when he was fired and Jim Fregosi took over.  LaRussa won one division title in 1983. 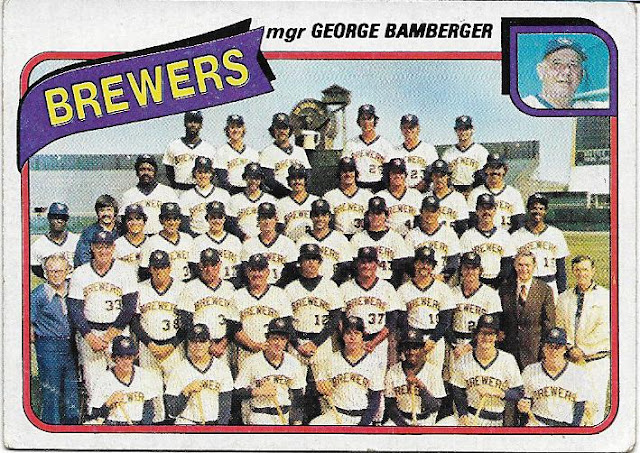 This was a very good Brewers team, which won 95 games in the '79 season, yet still finished 8 games behind the Baltimore Orioles.  Manager George Bamberger would be replaced during the 1980 season by Buck Rodgers, who would lead the team for a couple of seasons before they became known as "Harvey's Wallbangers".  You may recognize some of the names...Molitor, Yount, Lezcano, Cooper, Thomas, Money, Sorensen, Caldwell. 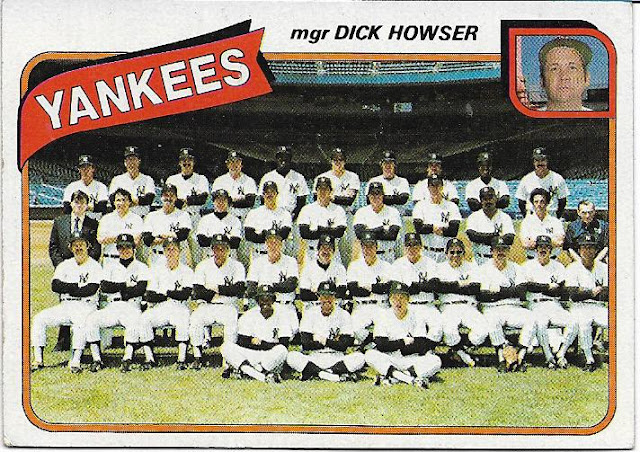 This easily could have been yesterday as the iconic Yankee uniforms never change.  After winning back to back World Series titles, the Yankees dropped to 4th in the AL East during the '79 season, winning just 89 games.  They would rebound in 1980 winning 103 games and going back to the ALCS, losing in 3 straight to the Royals.  You may recognize a couple of the names; Guidry, Jackson, Randolph, Nettles, Gossage.... 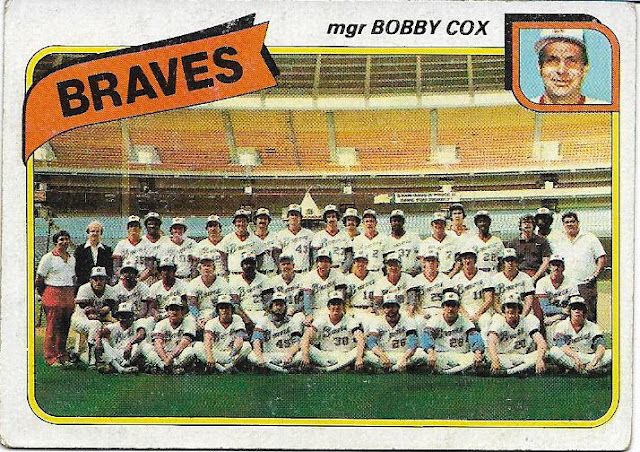 I much prefer the 80's Braves uniforms to what they have now.  The scripted 'a' on the hat and 'Braves' on the jerseys looked really good.  '79 was the 2nd season of Bobby Cox's 4 as manager of the Braves  the first time around.  This team only won 66 games, and would only finish above .500 once, which was the '80 season as they went 81-80.  There was some talent on the team, names like Dale Murphy, Bob Horner and Garry Matthews patrolled the middle of the lineup, and ageless Phil Niekro won 21 games that season. 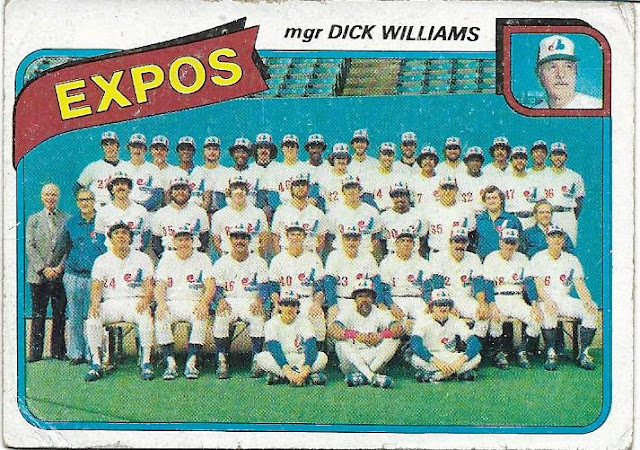 The Expos were on their way to becoming serious contenders in the NL East by the time 1980 rolled around.  Dawson, Carter, LeFlore, Cromartie and Parrish were all solid major leaguers, while the pitching staff featured Steve Rogers and Scott Sanderson as the anchors, along with the 40 year old Woodie Fryman as the closer in the bullpen.  In '81 they would add Raines and Wallach to the lineup and fall one game short of the World Series, losing on a Rick Monday homer in game 5 against the LA Dodgers. 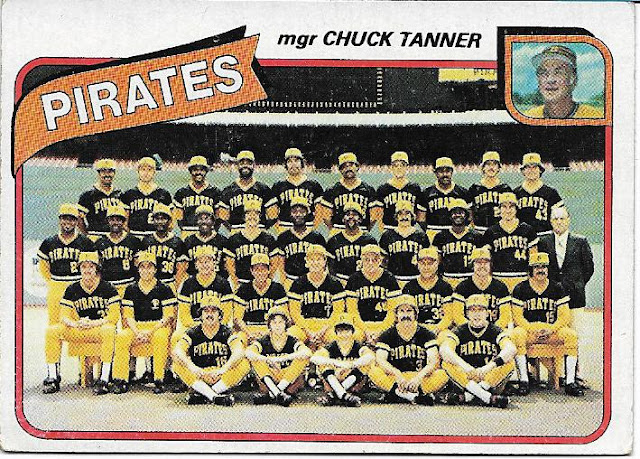 '79 World Champions!  Stargell, Parker, Candelaria, Garner, Madlock, Moreno, the names go on and on of the Familee.  Unfortunately, that would be the last run of success for the Black and Gold at 3 Rivers Stadium until the run of 3 NL East titles in the early 90's.  Manager Chuck Tanner is still 4th all time in managerial wins for the Pirates with 711.

Seeing all these old style uniforms takes me right back to the late 70's and early 80's, when I was entering my teens and watching as much baseball on TV as I could.

It really does feel like yesterday for me, even 36 years later...

Thanks for reading, Robert
Posted by Robert at 9:46 PM