Getting ready for the first storm of 2020

With Isaias approaching the eastern coast of Florida in the next 24 hours, I've got some time to write a quick post (or 2) before tomorrow's day of preparation ahead of the first hurricane to hit south Florida this year.

I've been holding these cards for a bit over a week now, my last purchase on eBay for probably another week at the least, maybe longer if I hold my grudge against the USPS.   I showed off the first card of the 5 card purchase earlier this week  with the Ryan/Seaver '74 Topps strikeout leaders card.

The only other baseball card I decided to purchase was part of my latest fascination, the '55 Bowman set. 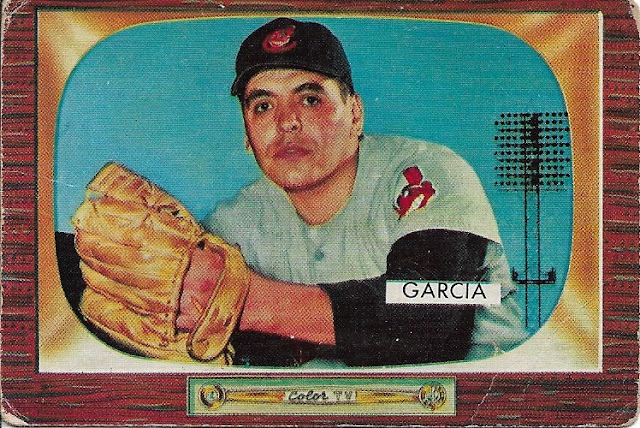 There's a couple of creases on the lower right corner which you can easily see, and the corners are well worn, but the back is clean with no ink marks, so this card is right up my alley.  Mike Garcia is the 5th card from the '55 Bowman set that I own, and while I do have a want list up on the TCDB, there's absolutely no hurry for me to chase this set.  330 cards is a great size for a mid 50's set for me, and what I think I'll have some fun going after are the umpire cards.

The other 3 cards that I bought were also what I perceived to be great buys, all of them from early 70's OPC sets. 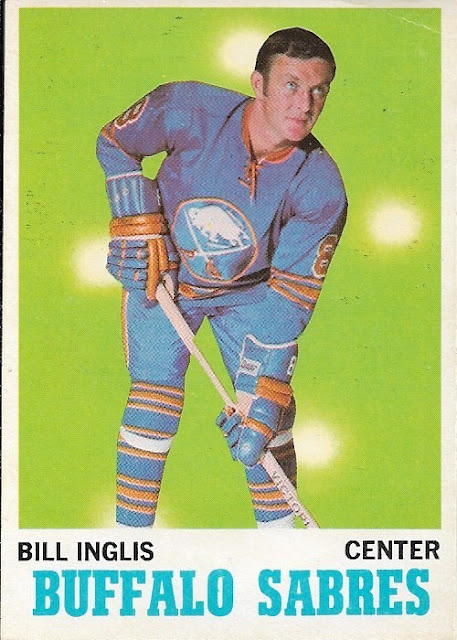 Back to the early days of the Buffalo Sabres for this 70-71 OPC card of Bill Inglis, whom I never heard of before purchasing this card for less than $2.  A quick look at the Hockey Reference page is in order!!

A quick look it was, as Bill only played 3 seasons in the NHL, managing just 36 games and 1 goal over that time.  Bill had one goal in the playoffs with the LA Kings in the 68-69 season.  Bill's best professional season would come in 1972-73 for the Cincinnati Swords of the AHL, scoring 40 goals and 97 points.   Seeing this I had to find an image of the team's logo, and here it is in case you were curious... 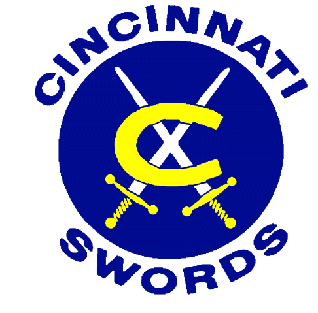 Next up is a pair of Phil Esposito cards, which I believe are quite underpriced from the early 70's when you're finding them for $2-$3 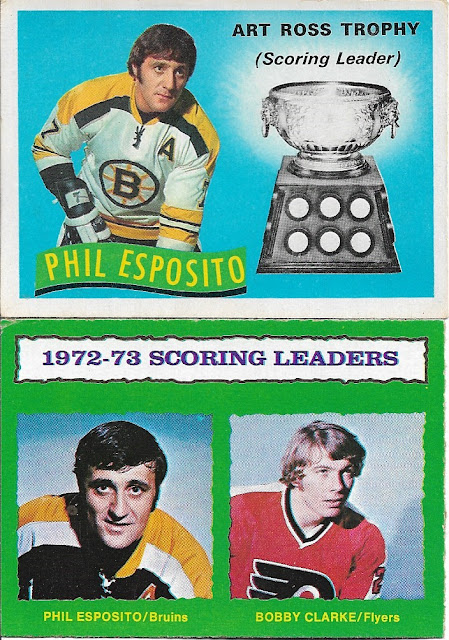 With the impeding storm coming up, we'll see how long it takes before the boredom kicks in and I start surfing online for more cards....

Robert
Posted by Robert at 9:43 PM