Vintage coming aboard!  The retail insanity that is taking place has actually helped me.  I don't need to make side trips to Target or Wal Mart anymore in the hopes that there will be something in wax form for me to rip.

I won't be chasing any Series 1 base, Heritage coming up is a no and likely nothing new for hockey until next year's OPC release.  Probably the only current product I'll be looking for is Allen & Ginter when it comes out in the summertime (July if my memory is good).

What's happening now is I'm still chugging along at my set building.  Still working on The Next 10 sets project, I have 6 of those remaining.  I'm slowly pecking away at those on Sportlots and hope to start knocking some more of those off the want lists soon.

But for now, vintage.  I've bought a lot of singles on Sportlots lately and I've even taken a chance with a bigger card or 2 without seeing it first.  Plus, I've started to reduce want lists for sets that I've been working off and on for a few years now.

Nothing fancy or spectacular here, but it's nice to see some '68 come into the house.   That set is almost halfway complete and there's a few more on the way via ebay likely the end of next week.  The Monday has a crease in it, but for a buck I thought it worthy of being part of the set. 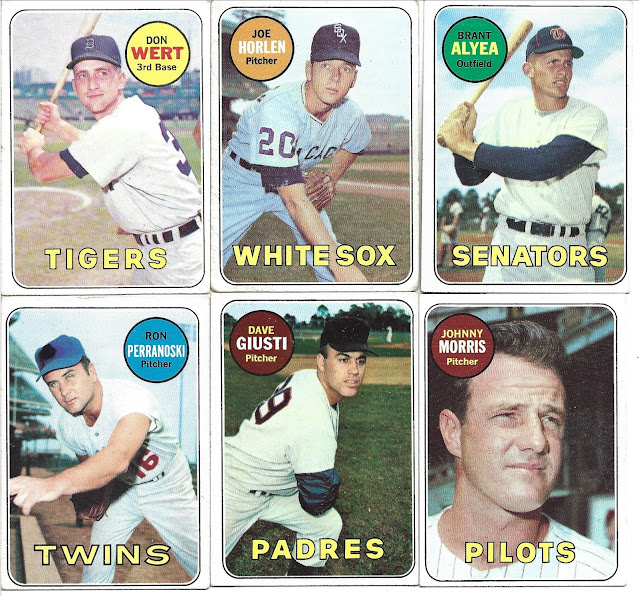 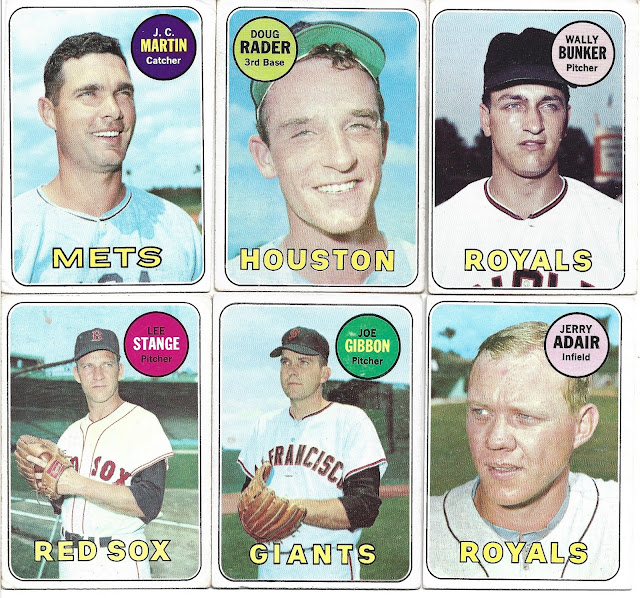 I've mentioned several times on the blog that '69 Topps is one of my favorites; I was able to find a dozen all reasonably priced (don't think I paid more than 60 cents for any of these) and get them off the want list.  Not sure if I finished any pages with this bunch, I'll be checking on that either this evening or tomorrow and update everyone on that.

I believe I paid $5 for the Ted Williams, which I didn't think was too bad.  Someone in its past life stamped a blue T in the bio, but the card is still pretty nice otherwise and I'm glad it is off the list.

I would love for a team to bring back the sleeveless jerseys again, the Dick Green and the Rick Monday '68 card are 2 reminders of why I feel that way.   It's just a good look.  With the way a lot of these young players take care of themselves now, I'm sure the gun show would be a good look for a lot of them... 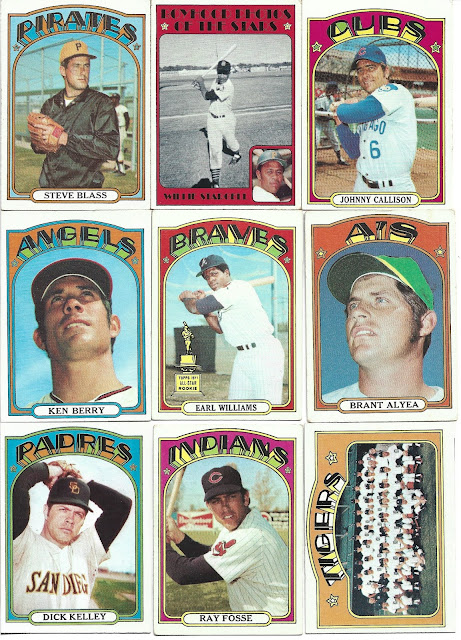 I'll have to go back and look again at my TCDB history on the '72 set, but I believe I've knocked off at least 40 cards from this set this year.  Much like the '69 set, I didn't pay very much to get these into the collection.  I'm pretty sure that the 60 per cent mark is closing in for this set, but with the size that means there's still a long way to go.

I think combined I spent a blasters worth here, the best part being it all came to me.   No chasing cards at big box stores at all.

I could get used to this...