It really wasn't that long ago I announced my intentions to start putting together the '86 Topps football set.  I didn't think originally that it would take me a long time to put it together, what with the only real big $$ card in the set being the Jerry Rice rookie.  But I certainly didn't think that I would be on the verge of completing the set this quickly.

The want list is down to 57 cards after receiving 4 more today from fellow blogger Chris who sent me a quick trade offer last week and the PWE arrived quickly at the house today. 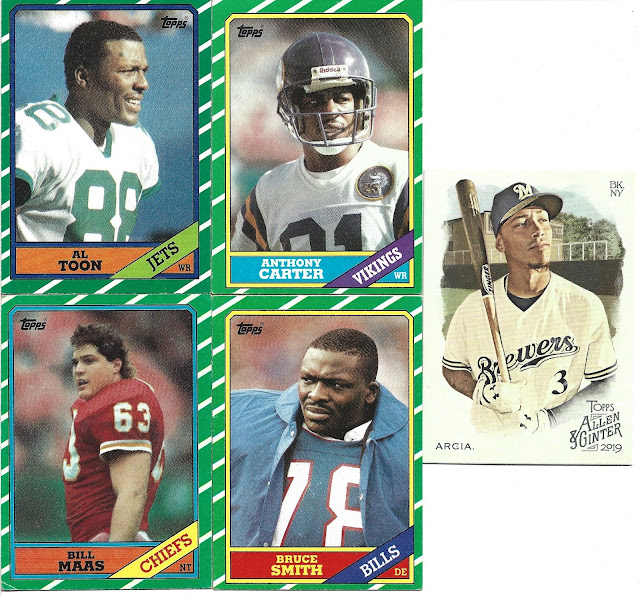 This was the original group of 5 cards offered up in the trade, the key pair being the Bruce Smith and Al Toon RC's.  All 4 footballers I do remember from the 80's, which is another reason I've enjoyed collecting this set.  A lot of recognizable names makes it more fun, especially when you start taking trips down memory lane. 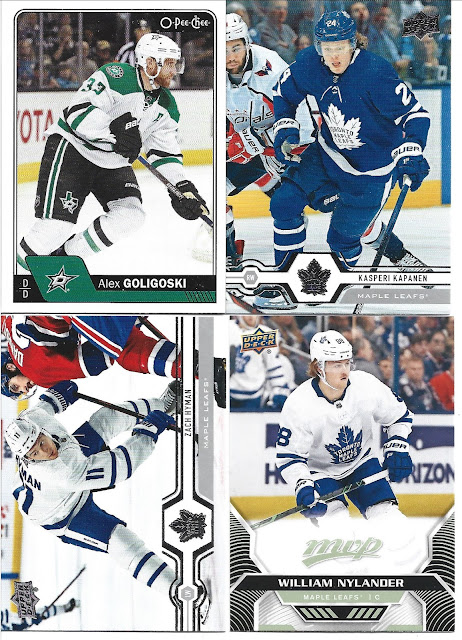 What was very cool is Chris added these 4 cards along with the others to fill up the PWE a bit more.  The Goligoski is from the 16-17 OPC set, something I've barely started on so far with just 27 cards in hand.  I'll never sneer at any Maple Leafs base cards from current sets as I slowly build that collection as well.

I have another TCDB trade en route which will knock off a quarter of what I have left on the list, meaning my want list will be in the 40's.  A lot of trades with both bloggers and TCDB members have really made this set easy to put together, much easier than I originally thought it would be.

The want list really never did stand a chance...