In the department where I work, there is a fair bit of employee turnover.  We have some fun with the people that are leaving, either via promotion or moving on to another company.  We call them "short timers", much like a prisoner near the end of their sentence.

Leafing through the giant pair of piles of Jays cards that I have to sort through, I came across 4 cards of players who didn't spend a great deal of time in Toronto.  Short timers of a different sort.

Let's start with a sunset card, the 1986 Jeff Burroughs. 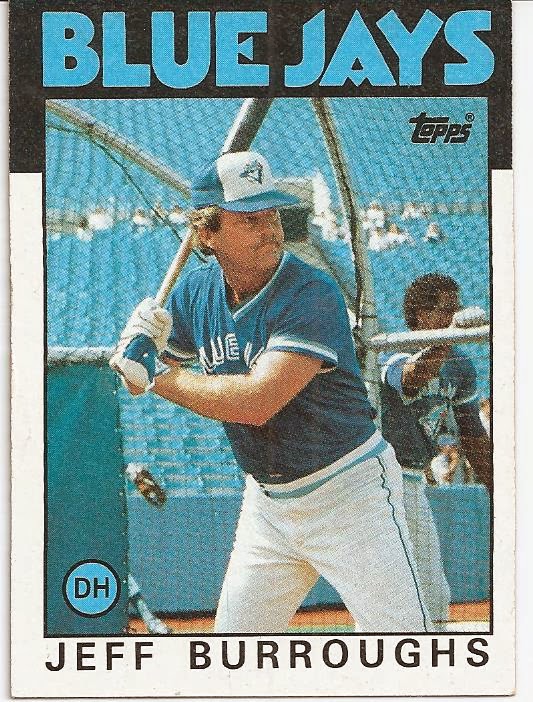 Jeff's final major league season was strictly as a DH.  He appeared in 86 games, hitting .257 with 6 homers.  Jeff finally got to appear in the post season during 1985, albeit for only AB, in a heartbreaking game 7 loss to the Royals.

I can't say that I honestly remember this (maybe I just don't want to remember), but Danny Darwin did spend a few months in a Jays uniform. 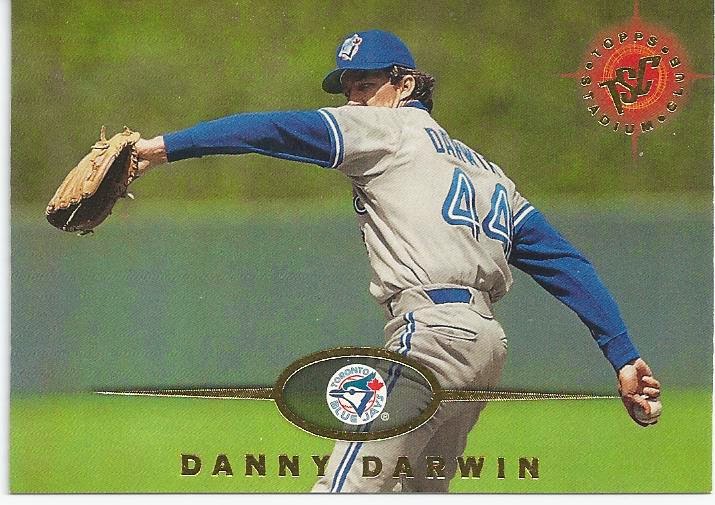 How about a guy that spent parts of 2 seasons with the Jays, David Cone... 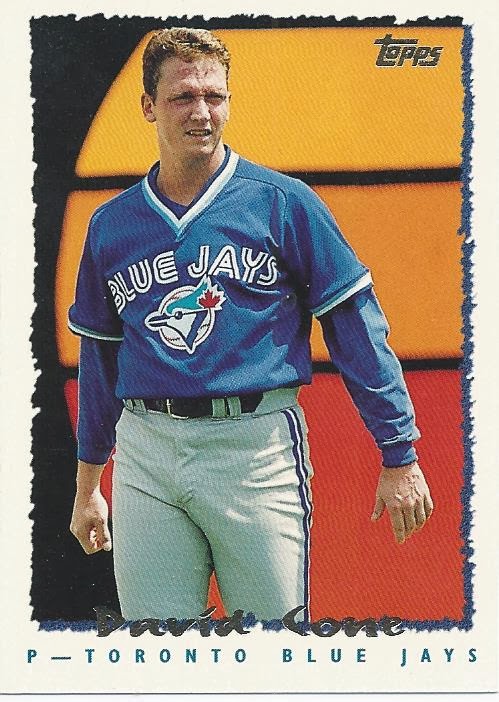 As opposed to Darwin, David Cone pitched quite well during his time in Toronto.   In '92, he was the "hired gun", being traded to the Jays at the end of August for Jeff Kent and a minor leaguer.  David had a 2.55 ERA in his 8 appearances in the regular season, then split a pair of decisions in the ALCS versus Oakland.   Cone also pitched twice in the '92 WS, recording a pair of no-decisions while struggling a bit with his control (8 walks in 10.1 innings).

Speaking of the '92 World Series run, here's another short timer that was a major player for that team, Dave Winfield. 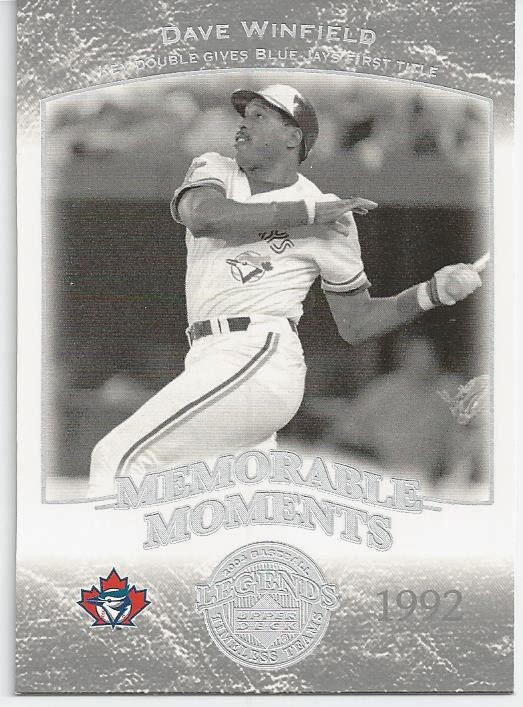 Dave had a great '92 season in Toronto, finishing 5th in MVP balloting (hard to beat out Eckersley's 51 saves that year) with 26 HR and 108 RBI.  What Dave received that trumped everything else that year was redemption.   It was 11 years after his disappointing post season run in 1981, when George Steinbrenner labeled him "Mr. May".  His go ahead double in game 6 against Atlanta was the key hit that erased all the previous post season negativity, and gave him the World Series ring he so coveted.
The '92 season was his only one in Toronto.  Dave moved on to Minnesota for 2 seasons before finally finishing up with the Indians in 1995.

You just never know what you're going to get when you sign a player for a short period of time.  Sometimes you get great results, sometimes the results leave something to be desired.

I'd rather be the fan of a team that takes a chance on short timers, because it usually means that you're in the hunt come September.

And September is when we start seeing the best time of the year for baseball....right?

Thanks for reading, Robert
Posted by Robert at 9:34 PM