OK, so it's not all about the baseball cards.  I did not know that Abraham Lincoln was shot 5 days after the surrender of General Robert E. Lee.

Enough of the history lesson, back to the cards.  After thinking about it for about 5 seconds, I'm sure that I faired  better with the southern cards simply because I bought more.   3 rack packs instead of the 2 I bought above the Mason-Dixon line.

I pulled my first two Super Veteran cards, a couple of OK shortstops...

How about some more inserts? 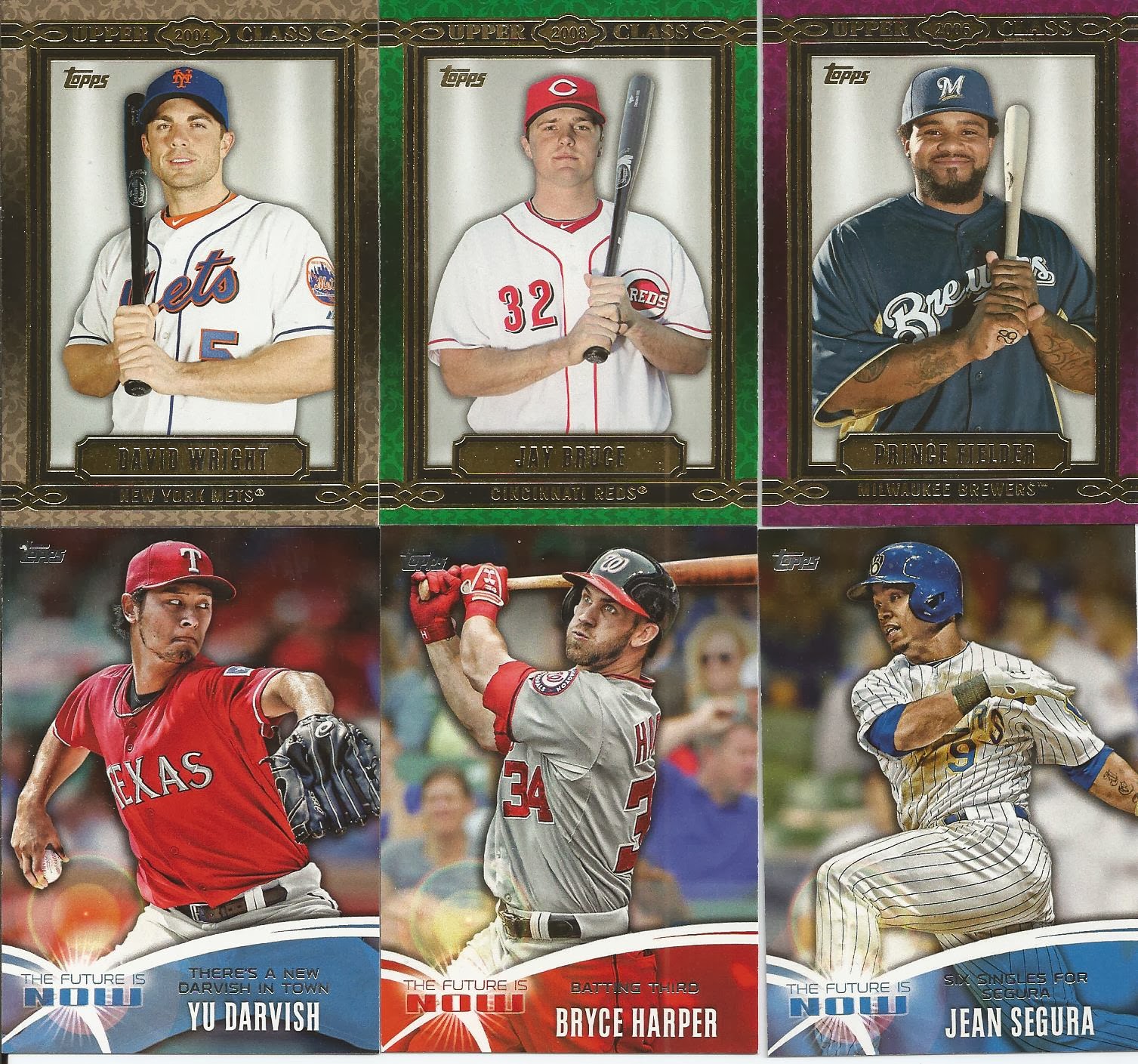 That's already the 2nd Yu Darvish I've pulled for the "future is now" insert set.  The same goes for Jean Segura.  Instantly, that becomes a bit of overkill for me.

I only pulled one mini, but it was a pretty good one.   Michael Jack Schmidt. 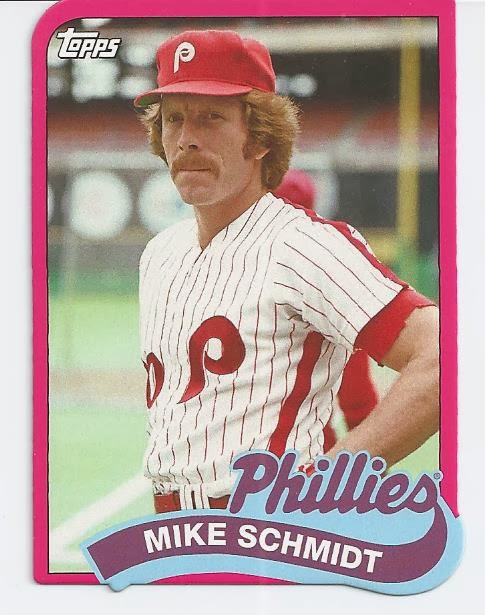 Looks a little bit like Chuck Norris?  Just a little.....

I'm declaring that Buddy Boshers is currently the best name in the major leagues right now.   Don't argue, it's true. 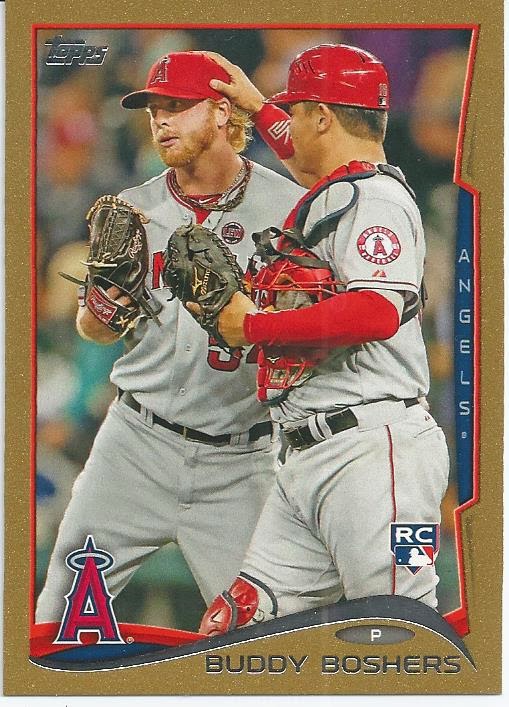 How come every time I pull a Jason Frasor card I hear Howard Cosell's "Down Goes Frazier" call from the 70's?  Jason and Elvis are headed to Texas.  Paul Goldschmidt is headed to Arizona if Daniel is in need.  Garrett Jones might be the only player that I can remember that lost 2 jobs in the same summer.  It'll be interesting to see if he's a regular again in 2014 for Pittsburgh now that Morneau and Byrd have flown the coop.  The Cabrera/Mauer/Trout is the first gold that I pulled with a serial number below 1500. Alas, I already have #274, so I think I'll send this one to Pat ( I received your PWE's Pat, thank you again!)

Feeling blue?  Not here, although you may experience a sense of deja-vu in a moment.

The Bogaerts and Middlebrooks cards are headed to the Swing and a Pop-Up blogmeister Bert.   You may recall the Trout and d'Arnaud cards from yesterday.  Yes, they are blue dupes.  Brandon Morrow becomes the first blue Blue Jay to fly into the house, and I will be chasing the colored rainbow again this year.  Sean Doolittle is actually Daniel Bryan, don't let anybody tell you different.  (Yes!  Yes!  Yes!)

Now, so far I haven't pulled any of the Yellow, Pink, Black or Camo or clear parallels.  But seeing all these parallels this year immediately put something into my head (for a change).

The Night Owl blog is one that I enjoy immensely. Greg is probably the one blogger that I've followed the closest since I started blogging a little over 2.5 years ago.  Greg has one feature that I enjoy called "define the design".  Greg does a great job of taking past and present Topps flagship sets, and finding a nickname that describes the set.  Sometimes on his own, sometimes with help from the blogosphere.  The sea turtle set is my personal favorite.

With the insane amount of parallels that Topps has included this year, I immediately thought of a candy I loved as a kid...

Now, while Life Savers doesn't really define the design, they do describe the mountainous amount of parallels in the set (at least for me).   While someone out there will come up with a great/clever way to describe the base set design, 2014 Topps will forever live on in my mind as "the Life Savers set".

Butterscotch does remind me of the gold parallels....

thanks for reading, Robert
Posted by Robert at 7:30 PM